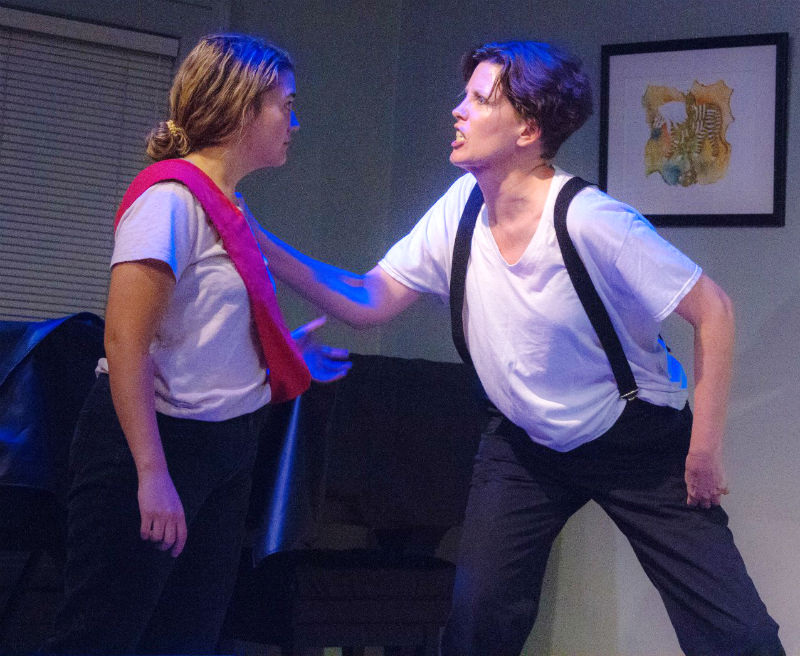 When someone “gets down to brass tacks,” they’re focusing on the essentials -- and this is precisely what an Ann Arbor-based theater troupe, The Brass Tacks Ensemble, aims to do.

The company’s sets, props, and costumes are usually spare and simple in hopes of putting the spotlight on a play’s story and inviting audience members to fill in blanks with their imagination.

BTE’s latest offering, Eugene O’Neill’s The Hairy Ape (playing August 2-4 at Kerrytown Concert House), will be in keeping with the company’s vision.

Ellis is the reason BTE is tackling O’Neill’s 1922 expressionist play about a man named Yank who becomes aware, while happily stoking the engines of an ocean liner, that the upper class views him, and those like him, as a filthy beast. Yank disembarks when the ship arrives in New York, hoping to revolt against the rich in some way, but in the end, he finds himself powerless and alone, face-to-face with a gorilla he frees from a cage at the zoo.

“I read it in college, in a theater history class, and it spoke to me,” said Ellis. “It’s always been in the back of my mind, on a list of shows I was interested in trying to do.”

Though Ape is not revived nearly as regularly as O’Neill’s The Iceman Cometh or Long Day’s Journey Into Night, Ellis noted that it’s recently enjoyed a quiet renaissance.

“I have not seen a production of it, but oddly enough, while looking into research on the show, I realized it’s gotten a little revival,” Ellis said. “More and more companies are playing with it and finding the universality in it. Oddly, it really speaks to what’s happening today.”

O’Neill’s critique of capitalism, however, can be tricky to stage, in terms of establishing an appropriate tone that doesn’t veer into silly melodrama.

“What’s helped us is, we’ve played with the idea that for the most part, with these characters, nothing’s real … except maybe Yank,” Ellis said. “Because you can go camp, and you can go soap opera, but if these characters are all conjured by Yank -- if they’re his idea of what he thinks they are -- that allows it to be a little over the top, and a tiny bit stereotypical.”

But the artistic period that gave rise to The Hairy Ape has long past, making the style tough to unpack for contemporary audiences.

“It’s out of its [expressionist] heyday now,” said Ellis. “There’s a reason it was written in the time that it was. So the trick is how we bring those concepts forward now without changing it.”

Brass Tacks Ensemble's production of Eugene O’Neill’s "The Hairy Ape" runs August 2-4, 2018 at the Kerrytown Concert House, 415 N. 4th Ave, Ann Arbor. Tickets are $15 for general admission and $5 for students (with ID). For reservations and showtimes, visit The Brass Tacks Ensemble's website or call or text 734-926-5376.