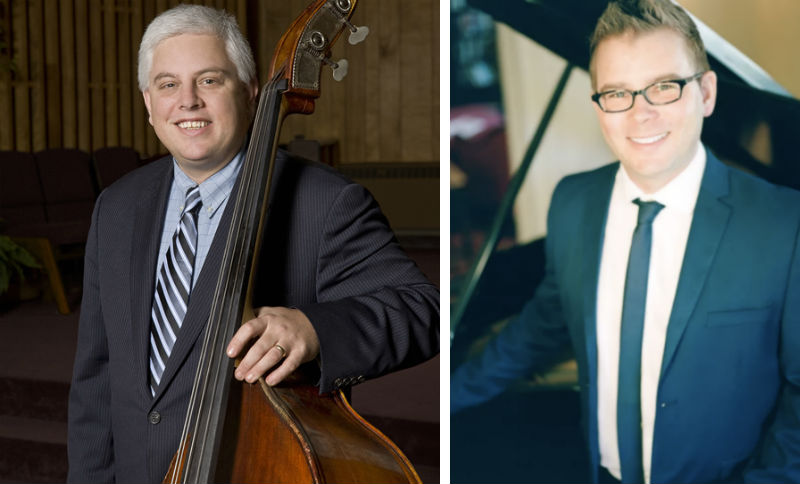 Starting August 10, Kerrytown Concert House will be host to the first in a continuing series of concerts hosted by longtime Ann Arbor resident and jazz bassist Paul Keller. This inaugural installation of “Paul Keller Presents” will feature the talents of singer and pianist John Proulx, a Grand Rapids-raised musician whose career has taken him from coast to coast before leading him back home to pursue a Master’s degree from Western Michigan University.

Performing as a trio, Keller and Proulx will be joined onstage by drummer Pete Siers, who is also an Ann Arbor resident. Siers, who will also be playing on the “Paul Keller Presents” concert of September 28, is a musical collaborator of Keller’s and performs in the Paul Keller Orchestra, a nearly 30-year-old big band that performs every Monday at the Zal Gaz Grotto in west Ann Arbor.

“That’s a big milestone,” Keller said of the longevity of his band. It speaks, however, to the amount of time that Keller has been active in the Ann Arbor jazz scene, an activity that has included his appearance at Kerrytown Concert House on numerous occasions. And it is perhaps this relationship with the venue that has resulted in Keller being asked to put together the upcoming series.

“I’ve had a long relationship with Kerrytown Concert House as a performer, and I’ve suggested different performers to come in from time to time,” Keller said. “And I guess they’ve liked what I’ve suggested and how we’ve worked together.”

After being asked to organize the series, Keller seized it as an opportunity to showcase some of the artists in the area he admires.

“I’m not the only guy booking jazz over [at Kerrytown Concert House], but they’ve offered this little series to me and I’m happy to run with the ball,” Keller said. “To begin with, to bring in three of my favorite regional piano players.”

Proulx is one of these, and in our conversation, Keller expressed a great deal of enthusiasm and admiration for the pianist, remarking on both his musical abilities and amicable personality.

“He’s doing smart things in a really pleasant and palatable way,” Keller said. “He not only has great official piano chops, command of the language and a nice presentation, but he’s super charming and handsome. He’s just a great, nice guy.”

The setlist for the concert is likely to include a number of tunes off of Proulx newest album, #Say It#, a collection of the musician's arrangements of a number of jazz classics and pop songs.

“It’s got a bunch of standards on there, but every one of them has a really unique, and creative and quirky little twist on the arrangement,” Keller said. “Like, [the song] ‘Say It’ is written in a major key, and John takes it -- it’s in the key of E-flat -- and he puts it in C minor. So the melody is the same but the chords are in a minor key.”

Proulx is no stranger to this sort of creative adaptation. In 2009, for instance, he released Baker’s Dozen, a delightful album made up of Proulx’s take on a variety of Chet Baker’s tunes (to whom, incidentally, Proulx has an eerily similar voice). When I mentioned this album, Keller responded enthusiastically, and at another point in the conversation remarked on Proulx’s mastery and the circumstances that brought him back to Michigan from L.A. and New York.

“It’s always kind of funny when a master comes back to get his piece of paper,” Keller said of Proulx’s course of study at Western Michigan University. “He was a master of it before he got there. They’re super lucky to have him there.”

Some of this mastery will no doubt be on display Friday night, and Keller is excited about the event.

“We’re all real fortunate to have a lot of good, live jazz in our area,” Keller said. “And I would encourage everyone to get out and support it so that it can thrive. … It’s nutrition for your soul, and for your ears and for your heart.”