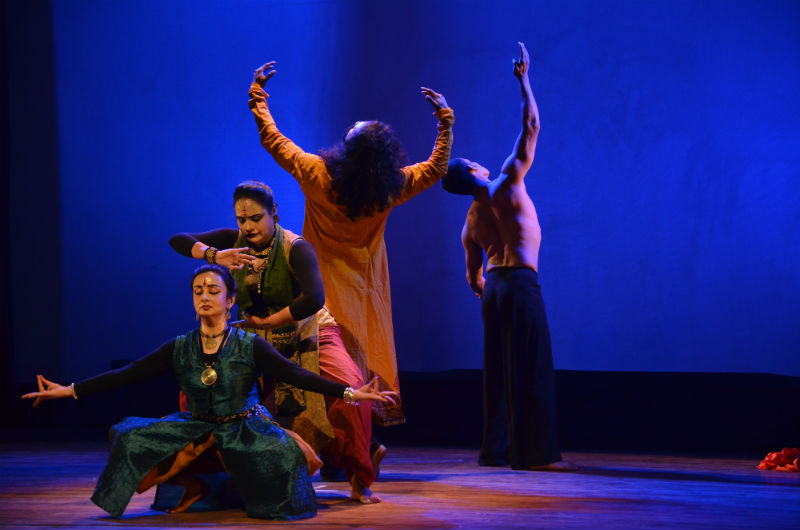 Art forms will interconnect during "Poetry Through the Ages," one of the many events of the second Rasa Festival, which goes from September 1 to October 7. Visual art, dance, and music are to embody the words of Indian poetry in this new addition to the festival on Saturday, September 15, from 8-9:30 pm at the Arthur Miller Theatre in Ann Arbor.

Sreyashi Dey is a conceptual artist, choreographer, and dancer for this event, as well as director of the Rasa Festival and president and artistic director of Akshara, the organization producing the festival. She described the concept of "Poetry Through the Ages" by saying "words of the poetry will find expression in the diverse art forms that will work together to create a new aesthetic tapestry."

During this three-part event, the audience will hear poetry from three eras, each with distinct characteristics and accompanied by other art forms. The ornate, elaborate, and emotionally rich ancient poetry will contrast the deep and spiritual but less ornate classic poetry and the here-and-now contemporary poetry, according to Dey.

The first segment will consist of 12th-century poetry recitations accompanied by paintings and music. Jahnabi Barooah Chanchani and Paroma Chatterjee will recite passages from the Gita Govinda by Jayadeva in both Sanskrit and an English translation, respectively. During this reading, 18th-century paintings inspired by the Gita Govinda will be visible. Diptavo Dutta will play instrumental music on the sarod, a stringed instrument.

Chatterjee is vice president and co-artistic director of Akshara and a University of Michigan professor. She said that the Gita Govinda is a renowned poem in India and celebrates the love of Radha for Krishna: “It is suffused with eroticism but is also a profoundly spiritual work. It contains a great deal of nuance and subtlety, especially in delineating the many moods of a woman in love, and the variations in the relationship between Radha and Krishna.”

The combination of words, voice, image, and music will express the poem’s beauty and power, she said, and “the audience should certainly get a sense of both the buoyancy and poignancy of the bond between Radha and Krishna.”

Next in the second section, dance will accompany Rabindranath Tagore’s poetry from the late 19th and early 20th centuries. Dance styles will be Odissi and Kathak, as performed by Dey, Anurekha Ghosh, Gina Danene Thompson, and Emmeline Weinert. They will depict a visual metaphor of a bird, Dey said: “The broken bird image is from the poem 'Duhshamay,' and it refers to the journey of the spirit, that may be broken but still strives to find the strength and its bearing to keep moving.”

Dey worked on similar production in India and said that this event will fit in well with the multi-arts Rasa Festival because it includes the components of performing arts, visual art, music, and literature.

“Every year we try to present a different aspect of Indian culture.”

For people attending the event, openness to the ways that the art forms connect and work together will be key, Dey said. Poetry will dialogue with the other art forms.

“It’s going to be a very rich performance, a very rich evening of multi-sensory experience.”

"Poetry Through the Ages" is on Saturday, September 15, from 8-9:30 pm at the Arthur Miller Theatre in Ann Arbor. The Rasa Festival runs September 1 to October 7.