Out of Chicago: Roscoe Mitchell and the Art Ensemble anchor the 22nd Edgefest 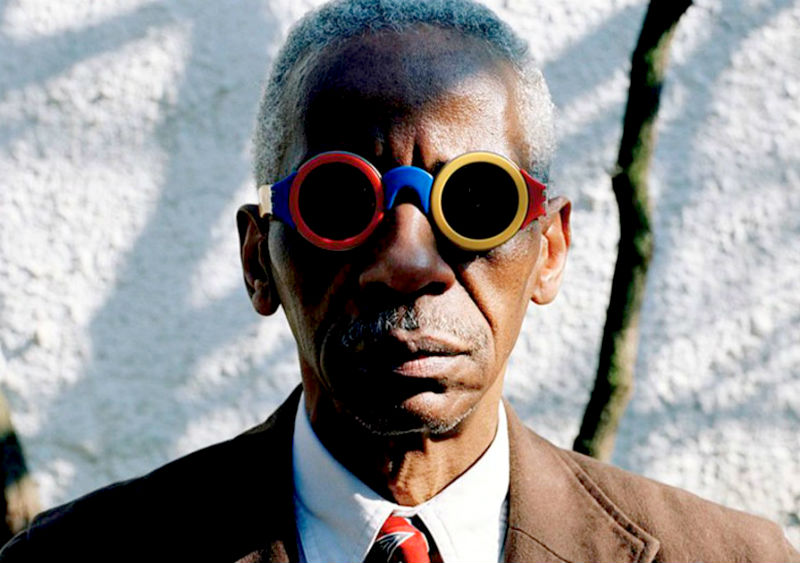 The theme for the 22nd annual Edgefest (Oct. 17-20) is “Chicago - OUT Kind of Town,” celebrating the city's rich legacy of avant-garde jazz and new music, which is strongly rooted in the vision of the Association for the Advancement of Creative Musicians (AACM). One of the first members of this collective, which formed in 1965, was saxophonist/multi-instrumentalist Roscoe Mitchell, who in 1969 spun off the Art Ensemble of Chicago (ACM) from AACM along with trumpeter Lester Bowie, bassist Malachi Favors, saxophonist Joseph Jarman, and percussionist Don Moye.

Mitchell and AACM musicians are guests at Edgefest this year -- along with numerous other Chicago musicians and likeminded explorers -- and their appearances are a launching point for an anniversary celebration of the Art Ensemble.

“This is the first performance of this 50th-anniversary project and Roscoe has written music for this group based on music written for the Art Ensemble years ago by Joseph Jarman, Malachi Favors, and Lester Bowie,” said Deanna Relyea, Edgfest’s artistic director. (Bowie and Favors are deceased; Jarman is retired.) “So, in many ways, it’s a premiere of music based on the past, looking to the future.”

The Art Ensemble of Chicago is also recording new music at Big Sky Studios in Ann Arbor for New York’s consistently remarkable Pi Recordings label and will present a concert on Saturday, October 20 at Bethlehem United Church of Christ (423 S 4th Ave., Ann Arbor). Mitchell is also performing a concert on Wednesday, October 17 at Kerrytown Concert House with longtime friends from Detroit in honor of the Creative Arts Collective, an ACM-associated project he helped spur in Michigan in 1978.

“The two Roscoe Mitchell shows are historic if anything else,” said Piotr Michalowski, Relyea’s husband and a saxophonist whose group performs before Roscoe Mitchell and Detroit Friends, as will the Guillermo Gregorio Trio. “The thing on Wednesday evening is essentially a celebration of a piece of Detroit musical history that hasn’t been chronicled anywhere: the Creative Arts Collective. ... If you read any books about Roscoe Mitchell, sometimes it’s just one line about [the Creative Arts Collective]. But it’s a really important piece because it created this whole avant-garde scene. ... It’ll be a historic reunion.”

U-M professor Stephen Rush wasn’t an original member of the Creative Arts Collective, but he’s been a longtime Mitchell collaborator and will join the band on Wednesday. “I have no right to declare myself from Detroit, but I am going to play on the concert,” Rush said, proclaiming one composition to be performed that night as “the hardest piece I’ve ever played in my life, Roscoe’s ‘8/8/88.’ I recorded it a few years ago for his album called Numbers on RogueArt out of Paris. On first listen it sounds like Conlon Nancarrow or Cecil Taylor with coffee. You can bet I mean this is a compliment.”

Rush will also play the role of the conductor at the Art Ensemble concert, though doing what exactly is TBD.

“My role will emerge during the week. I have been asked to conduct two pieces by Roscoe Mitchell and one by Don Moye. Whether or not I function as rehearsal director, producer, some kind of editor function, remains to be seen,” he said. “I’m also providing instruments from my own collection for Don Moye. No question I would get involved a little bit in editing the scores, too. These things are extremely fluid and not at all like recording some of my other works like symphonies and chamber stuff. And the musicians are all amazing readers and amazing improvisers, which makes it really exciting.”

Though tired from working so hard on Edgefest -- “She put the whole thing together herself,” said Michalowski -- Relyea is very excited to have Mitchell and the Art Ensemble be cornerstones for this Windy City celebration.

“Roscoe’s been at Edgefest several times and he really is IT,” Relyea said. “Roscoe is really in his prime. He’s [78] years old but he’s very prolific now writing music and imagining great things.”

Edgefest runs October 17-20 in Ann Arbor, primarily at Kerrytown Concert House. Visit the Edgefest page on kerrytownconcerthouse.com for tickets and the full schedule.