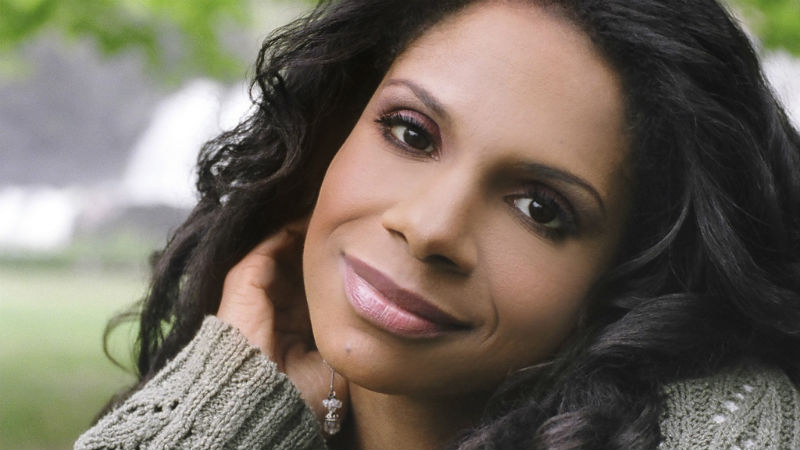 She incorporated songs she’s performed in stage productions, some classics from the genre, and some lesser-known gems, both old and new. It all worked together to make a compelling case for the enduring power of musical theater songs.

McDonald is one of our truly great current stage stars. She knows exactly how to connect with an audience on a personal level, and Saturday’s performance, sponsored by the University Musical Society, displayed her extraordinary abilities as a singer.

Her tone, range, and phrasing are all impressive, but equally effective is the way she inhabits each song, not just singing it but acting it as well. It makes sense, of course, given her accomplishments as an actor as well as a singer -- six Tony Awards, for starters.

McDonald opened Saturday’s concert with “I Am What I Am,” from La Cage Aux Folles, a self-empowerment anthem that could have been taken as a manifesto for the rest of the evening (or for her career). That led into a spoken salute to the University of Michigan’s musical theater program, which had hosted McDonald for a meeting with students earlier in the day. She described the session as “seeing the future of musical theater right before my very eyes,” then added, “I recommend this campus to anybody who comes to me and asks about musical theater as a career. You have something in the water here.”

She then turned to one of the lesser-known selections she featured, Jason Robert Brown’s “Stars and the Moon,” a funny and ultimately wistful song about not knowing what you really want out of life. All the hidden gems she showcased Saturday were well chosen and worth hearing; in particular, Adam Gwon’s “I’ll Be Here” starts as a charming love story before taking a tragic, heartbreaking turn. Meanwhile, Kate Miller Heidke’s “Facebook Song” is downright hilarious and brought the house down.

There was plenty of humor in Saturday’s show, including a great story leading into “Cornet Man,” from Funny Girl, about how McDonald sang the song at age 13 without fully understanding the meaning. But there were somber moments as well, including a chilling rendition of “You’ve Got to Be Carefully Taught” from South Pacific.

One moment sure to remain in the audience’s memory came fairly early in the show when McDonald stepped away from the microphone and filled the hall with a stirring, powerful take on George and Ira Gershwin’s “Summertime.” “Moonshine Lullaby,” from Annie Get Your Gun, gave her sharp band -- Andy Einhorn, piano; Mark Vanderpoel, bass; and Gene Lewin, drums -- a chance to help on background vocals.

Other favorites McDonald showcased to great effect Saturday included  “Simple Little Things” from 110 in the Shade, “I Could Have Danced All Night” from My Fair Lady, “Being Alive” from Company, and “Ice Cream” from She Loves Me, which she dedicated to the late Barbara Cook.

McDonald concluded her set with a charming, heartfelt take on “Make Someone Happy,” followed by a soaring “Climb Ev’ry Mountain.” The entire audience was on its feet almost immediately, and McDonald returned for one final highlight, a truly memorable “Over the Rainbow.”

Some performers are simply so good at their craft that the audience feels privileged to be a part of the event. Saturday’s concert was one of those nights.