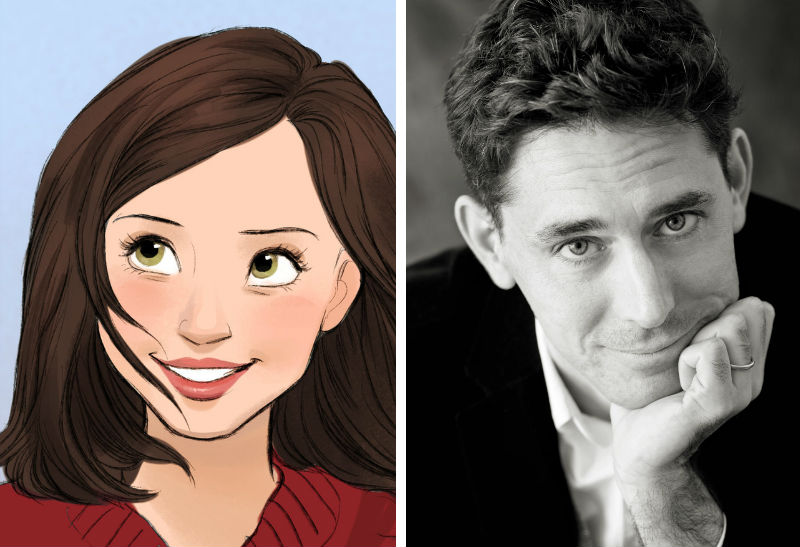 From the 1930s and into the 1940s, people tuned their radios to hear the ongoing adventures of The Lone Ranger, The Whistler, and Jack Armstrong, the All American Boy. Radio dramas fell out of fashion with the rise of television in the 1950s, but with the rise of Sirius and podcasting, it only makes sense that some clever person would revive the spirit of radio plays and marry it to today’s technology. Ann Arbor's Empire Podcasting offers the best of the old and the new in its podcast, Mary From Michigan Saves the World, which is the brainchild of Michael Byers.

“I’ve been a huge fan of radio my whole life,” says Byers, who worked on a skit show in college. “I never lost the love for radio, its art form, its history.” Byers teachers creative writing and radio drama and comedy classes at the University of Michigan where his students perform and produce their own skits similar to those heard on Mary. “I’d been thinking about this project for a long time," he says. "I finally jumped in last year” by incorporating Empire Podcasting.

An award-winning novelist and short-story writer whose nonfiction work has appeared in The New York Times, The Wall Street Journal, and The Washington Post, Byers writes, produces, and edits every podcast. “This medium is more implicit than explicit storytelling,” he says.

To that end, the podcast uses sound effects, dramatic acting, and music like the old shows, but “we don’t need a ton of them like in days’ past,” Byers says. "We try to keep the pacing like an adventure serial and we always end on a cliffhanger.”

There is another difference between Mary and the 1930s shows: "We can talk about so much more now, such as being gay, social issues,” he says.

Mary From Michigan Saves the World focuses on its titular character as she struggles to find love and happiness in “today’s strange new world.” The story begins with Mary, a recent graduate in art history from University of Michigan, as she faces a choice: stay at home to help her father care for her mother or move away from home to start her career and live her “fullest life.”

Since June, over 30 episodes have been released and downloaded thousands of times. The 10- to 12-minute-long podcasts are episodic in nature, with a new one posted each weekday at noon. “We record a couple of episodes each session," Byers says, "and the story is flexible enough so that we can turn things a bit if we need to.” The same actors have appeared in all the shows, which records at Ann Arbor's Big Sky Studios.

In October, the cast recorded three shows during a live performance at Zingerman’s Greyline space, with the Saline Big band providing the music. "An amazing night,” enthuses Byers.

There are dozens more episodes of Mary on deck, Byers says, and he also plans to add more shows in the near future.

Thanks to Empire Podcasting, old-time radio is back again with new-time technology and Byers couldn’t be happier: “My aim ultimately was to do this type of project mixing the old with the new, bringing back the art form of radio serials to new audiences.”

Visit empirepodcasting.com to subscribe to "Mary From Michigan Saves the World" via iTunes, Soundcloud, and Google Play. Michael Byers is casting new actors in upcoming podcasts, saying “We are always looking for new talent and plan to cast new people.” Contact him at michael@empirepodcasting.com or through the podcast’s Facebook page.