About a Century Since: UMGASS tackles The Grand Duke 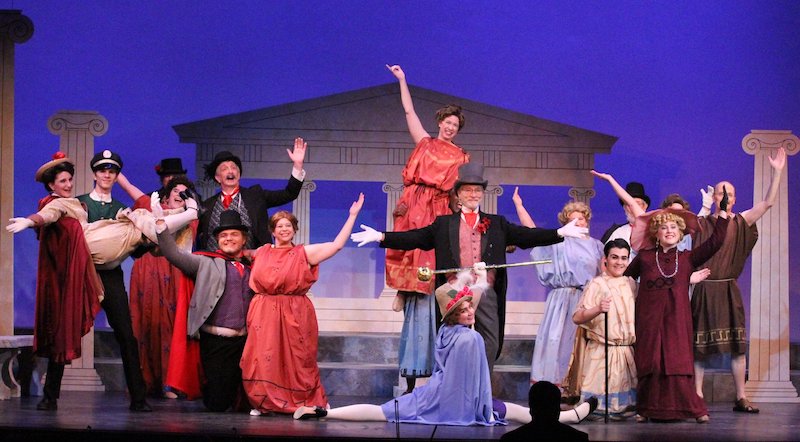 The Cast of The Grand Duke at the Mendelssohn Theater.

Directed by David Andrews and starring a cast of UMGASS regulars along with some fresh faces, The Grand Duke features a play-within-a-play (with a clever, unique twist for true G&S Fans) and the wish-fulfillment theme of a theater company bending the aristocracy to their will through the power of their production (with some help from archaic statutes).

Even though the original version was Gilbert & Sullivan's only financial failure, and it almost disappeared from the repertoire for decades, UMGASS has made some excellent cuts to the show (as did Gilbert after opening night) and this Grand Duke is sure to delight all fans of the Savoy Operatic Universe. So, come hither, all you people, and enjoy another delight from the UMGASS crew.

UMGASS presents The Grand Duke continues December 7, 8, and 9 at the Lydia Mendelssohn Theater. Tickets are available at Brown Paper Tickets or at the door.