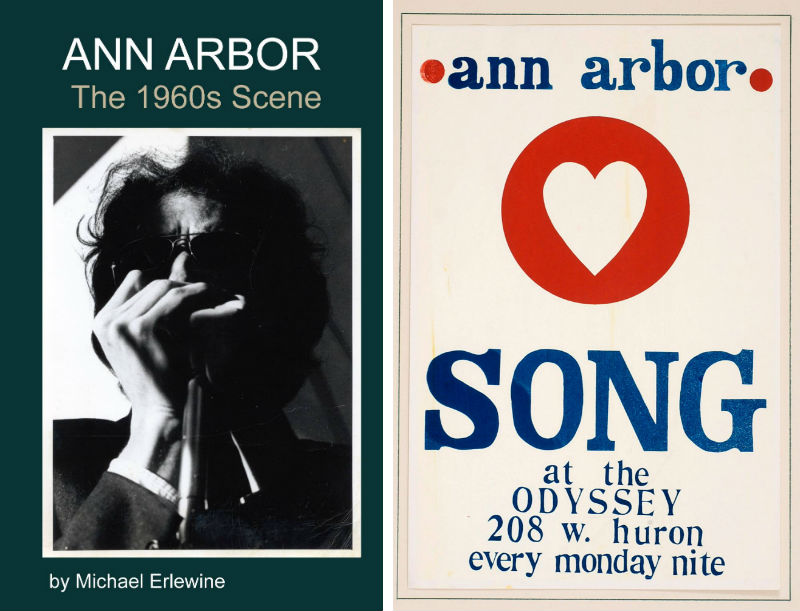 Here are a series of articles on Ann Arbor, Michigan culture in the late 1950s and 1960s. It is mostly some history of the time from my view and experience. I could add more to them, but I’m getting older by the day and I feel it is better to get something out there for those few who want to get a sense of Ann Arbor back in those times.

I hope there are some out there who can remember these times too. As for those of were not there, here is a taste as to what Ann Arbor was like back then.

Long before he became a software pioneer who created astrological programs and, later, the All Music franchise and its spinoffs, Erlewine was an integral member of Ann Arbor's 1960s counterculture scene as co-founder of blues band The Prime Movers, which eventually featured Iggy Pop on drums.

In Ann Arbor: The 1960s Scene, Erlewine writes about lost drive-ins, bars, the Cinema Guild and Ann Arbor Film Festival, the early days of The Ark, U-M Folklore Society, the Ann Arbor Blues Festival, and much, much more, including recalling meeting his wife, Margaret, at The Odyssey, an apparently infamously raucous bar that was at 208 W. Huron, which eventually became The Whiffletree restaurant. (The structure burned in 1988 and was finally demolished in 1990; the Flagstar Bank at 210 W. Huron now occupies the space. Here's a photo of The Whiffletree's exterior in 1973; and here's a blog post recalling the bands who used to play The Odyssey back in the 1960s and early '70s.)

Before you download the 205-page Ann Arbor: The 1960s Scene, here's an interview Pulp did with Erlewine on the eve of the Ann Arbor Blues Festival's 2017 resurrection: