Great Lakes Soundtrack: Sean Curtis Patrick and Benoît Pioulard team up for an LP that feels like destiny 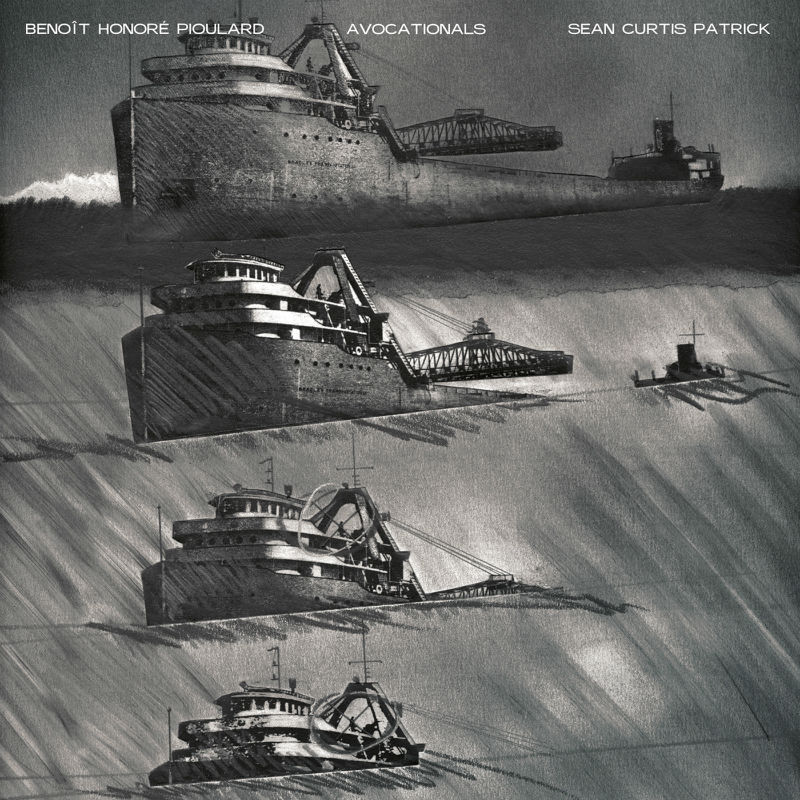 Ann Arbor musician and video artist Sean Curtis Patrick is teaming up with Haslet, Michigan native Benoît Pioulard (née Thomas Meluch) for a concept album that these prolific ambient musicians were destined to create. Avocationals is about nine shipwrecks on the Great Lakes and Patrick posted a teaser video on Instagram:

!!¡¡ UPDATE: Yet another life goal unlocked! My first ever music on a vinyl LP will be “Avocationals”: A brand new collaboration between @b.pioulard & I. Tom and I have been planning on recording together for almost a decade and now we have not only made a record we are incredibly proud of, but is coming out a wonderful label, @beacon_sound of Portland, OR. The record is about the shipwrecks of Tom and my home state, Michigan. Thousands of ships sank during the age of the industrial revolution to near present day. This album is about nine of those ships and is dedicated to all lost souls on the high waves of the Great Lakes... Avocationals, a record by Benoît Honore Pioulard & Sean Curtis Patrick. Cover art by my father, Lynn Curtis Patrick. Out on March 15th, 2019. Released by Beacon Sound. / / #newalbum #newmusic #ambientmusic #dronemusic #modularsynth #ambient #drone #melodic #darkdrone #tapeloops #nagra #shipwreck #greatlakes #michigan #beaconsound #benoitpioulard #seancurtispatrick #seanpatrick #lynncurtispatrick #rafaelantonirisarri #vinyl #newrecord #12”

As Patrick wrote, he and Pioulard have wanted to create an album together going back 10 years, but this isn't the first time the two have worked together. Patrick has directed several videos for Pioulard, including "So Etched in Memory" from 2015's Sonnet,

"The space sequences were made by me, from scratch in 3D software," Patrick told The Quietus. "I chose to make them not look incredibly realistic, as I wanted it to harken back to old sci-fi films like 2001: A Space Odyssey and Solaris. ... The 'earth' sequence was shot one frame at a time, essentially using the real world as a stop animation machine."

Patrick also made two Pioulard videos in 2016: "Minuet" from the Thine EP and "Anchor as the Muse" from The Benoît Pioulard Listening Matter.

But Avocationals, which will surely be accompanied by some stunning Patrick videos, is the place where he and Pioulard got to fully combine their musical talents to sonically explore the depths of Great Lakes shipping disasters. Beacon Sound describes the album as:

Wintery, yet humming throughout with a narcotic warmth, Avocationals offers the listener 41 minutes out of time, evoking not only a distant past but also something of what may lay ahead. As the artists themselves write, "An avocational is an amateur diver who assists in rescue, investigation and salvage relating to watercraft disasters. Thousands of freighters and small ships sank during the mid-20th century golden age of shipping on the Great Lakes; this album is about nine of them."

Over the course of 9 songs the two use synthesizers, reel-to-reel tape machines, field recordings, guitar, and processed voice to conjure the ghosts of 20th century Great Lakes shipwrecks.

The album comes out March 15 vinyl edition is limited to 300 copies and is available for pre-order from Beacon Sound.

Check out our previous interviews with Patrick:

This is so exciting!

This is so exciting!