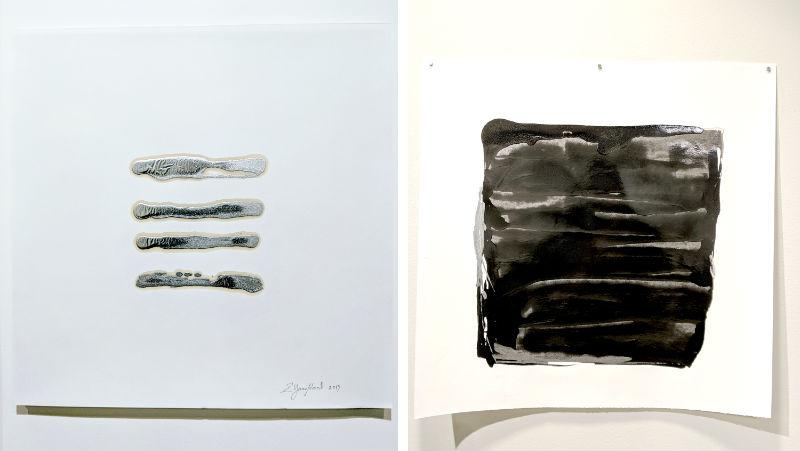 I was left in the cold the first time I viewed Elizabeth Youngblood's exhibition The Smell of Lint and Frost.

(I'll give you a second to recover from that high-end wordplay.)

And it's not just because I trudged across the University of Michigan's campus through piles of snow in sub-20-degree weather to view the Detroit-based U-M grad's mixed-media sculptures and drawings at the East Quadrangle's RC Art Gallery.

(I'm really going in on the cold/frost thing here. Take a deep breath.)

Like having no ice cubes in the freezer, it felt like something was missing in this small gallery's exhibition.

(Sorry, like you, I've been cooped up for days. I'm *this close* to reenacting Jack's death scene in The Shining. But I'll let it go, let it go, turn away and slam the door on all these chilly puns. The cold never bothered me anyway. .)

I'm not sure if it was the lack of an artist statement to contextualize the works or that there were no title cards giving some sense of the materials used and whether the pieces had names, but something about The Smell of Lint and Frost wasn't landing in my frozen brain.

Youngblood's work is minimalist and austere, and in this exhibition, the pieces range from monochromatic gestural paintings and fine-line drawings of spirals with accompanying complementary sculptures that appear to consist of wire and plaster.

It wasn't until I left the gallery and read a bit more about Youngblood's working methods and then went to see the exhibition again that The Smell of Lint and Frost made some sense to me. 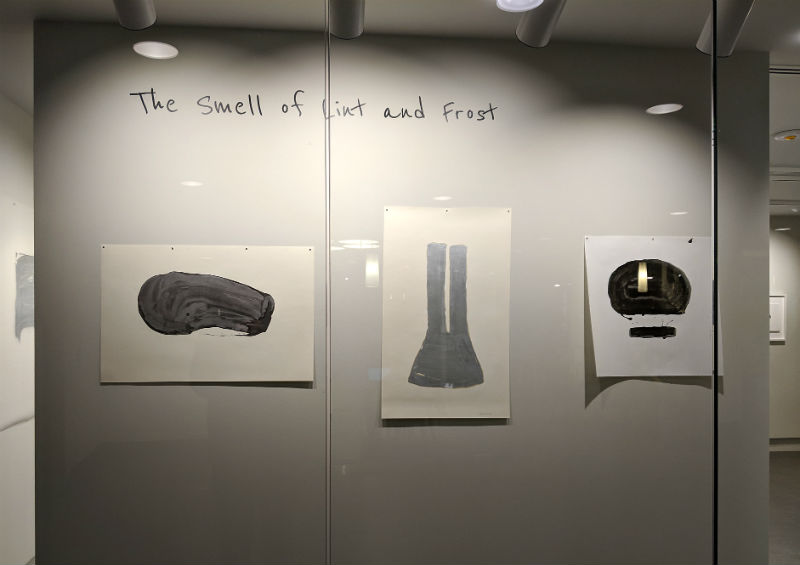 Youngblood tends to choose materials -- be it paint, pen, or graphite -- for her works on paper and explore almost automatic large textural markings or spiral or repetitive shapes, reworking these often simple constructions over and over until she discovers the right amount of shadings, gradients, or consistency of line. You get the sense Youngblood goes down a rabbit-hole when she's working on a particular idea, staying in the warren until she discovers exactly what her artistic heart desires.

The mid-1970s South Korean art movement tansaekhwa, also known as dansaekhwa, is perhaps an influence on Youngblood's work. This abstract monochromatic painting style has some superficial similarities to the gestural pieces in The Smell of Lint and Frost. (Sidenote: In 2013, U-M professor Joan Kee wrote the first in-depth book on the movement, Contemporary Korean Art: Tansaekhwa and the Urgency of Method.)

But it feels like Youngblood is not so much looking to Korea for influence as she is -- perhaps only subliminally -- reflecting something closer to home: the grayness of Michigan, which routinely clocks in the top 10 cloudiest cities every year. (S'up, Great Lakes -- you giveth joy in the summer and you covereth with bleak clouds during much of the rest of the year.) 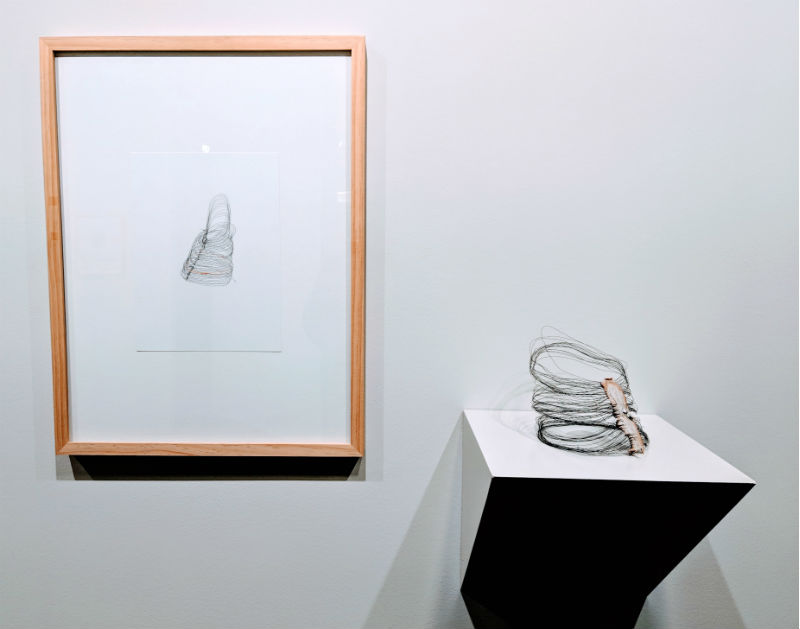 Youngblood's mix of black and gray graphite shades, as well as black and silver paints, evoke the frost in the exhibition's title -- the "lint" must be her wiry sculptures -- but they also recall the common shades of Michigan winters. Her palette hovers between midnight-sky black, winter-blast silver, and dirty-melted-snow-over-faulty-asphalt gray.

So, if you're looking for some kind of visual accompaniment to the deep freeze that's engulfing Michigan, layer up in two pairs of snow pants and waddle over to the RC Art Gallery. Youngblood's cool works on paper at The Smell of Lint and Frost might warm you up.

(I'll see myself out the door. And walk right into a snowbank.)

Elizabeth Youngblood's "The Smell of Lint and Frost" is at the University of Michigan's East Quadrangle's RC Art Gallery through February 14.