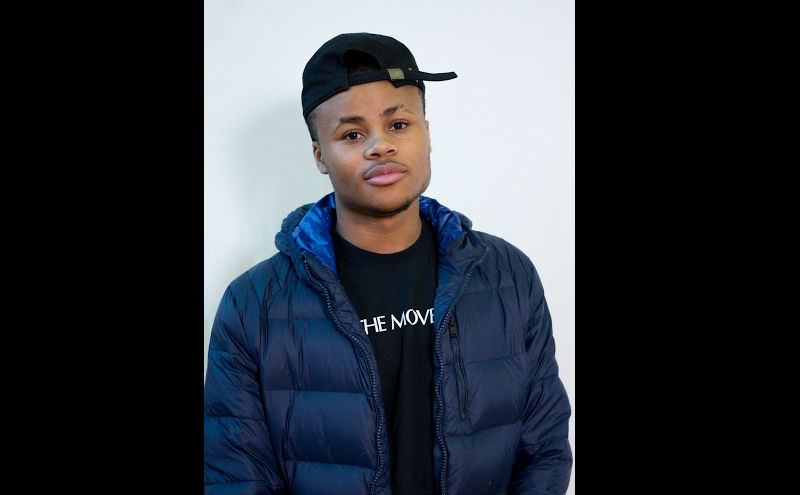 You might not know Sam Martin at the moment, but at the rate he's going, you will soon.

This young poet and speaker has a bright future ahead of him and he’s only getting started. I first met the young star during an event at AADL last summer in which he was an attendee. He had an eager spirit and later I was introduced to his speaking videos on YouTube. Most notably, he has done two TEDx Talks through an opportunity at Ann Arbor’s own Skyline High School. Both of these videos have together racked up thousands of views.

These days, Martin attends Washtenaw Community College and is passionate about spoken-word poetry, entrepreneurship, and sharing his thoughts and views on the world at large. He also enjoys writing and performing poetry at Neutral Zone.

Martin and several other young adult performers from Neutral Zone will present a live showcase on February 5 at AADL entitled “I Am Making History” where they will discuss their current contributions to society and black culture for Black History Month. I had an opportunity to speak with Martin regarding his TEDx Talks, his favorite black cultural figure, his inspiration behind speeches, and more.

Q: Previously, you spoke during a TED talk. How was that whole experience?
A: My experience in giving a TED talk was laying down the early foundation for developing my talent. The whole experience was exhilarating, scary, and challenging. Memorizing a 10-minute talk took a lot of time, and I wished that I could have used it more sparingly. One crucial point that I learned from this experience was the more comfortable you got with your topic, the easier it was to present it. One of the biggest flaws that I wished I could have fixed was actually relishing the moment instead of wishing it was over. Overall, I think my opportunity in giving a Ted Talk allowed me to see my talent and showed the amount of work that I need to put in to make it exceptional.

Q: How do you find material for your speeches?
A: I find my material from voices that I hear from school, the interactions from people from when I catch the city bus, music, media, and more. Finding new material is always a struggle because I write from personal challenges and experiences that I face. I personally believe that we are surrounded by material, but the hardest part is putting the pieces together in a way that resonates. My momma told me when I gave my first speech, “You're only as good as your content, so if you want new material you have to read more and you gotta put in the time to research the past and the present.”

Q: What are your thoughts on making history as a young African-American in our current society?
A: My thoughts about making history as a young African-American start by inspiring people. I believe that you make history by striving to have the confidence to pursue the talent and gifts that God gave you. I believe that everyone is given a unique feature or talent that we first find and then develop. Making history starts by speaking truth on problems that we face. Also, it comes down to the core of your character -- what you do when nobody is watching.

Q: Who is your favorite black historical figure?
A: Malcolm X is one of my favorite historical black figures that I have learned about and looked up to. He was a courageous speaker that advocated for the rights of African-Americans. Throughout his life, he was able to stand tall against adversity and he was also able to better himself over the years. One of the things that I personally admire about Malcolm X is that he was able to make being in prison a stepping stone instead of a stumbling block. Throughout the years that Malcolm X was in prison, he enhanced his intellectual side by making time to invest in reading. Overall, I believe that all words have power so just people like Maya Angelou, Medgar Evers, Marva Collins, Malcolm X, and Martin Luther King, they inspired people because they chose to use the underestimated power of their words.

Q: Who are some of your favorite speakers? Who’s influenced you?
A: Fred Hampton, Maya Angelou, Marva Collins, Oprah Winfrey, J.Cole, Kendrick Lamar, and Donté Clark. Donté Clark was the person that inspired me to really speak about the circumstances that I was going through. I watched his documentary called Romeo Is Bleeding on Netflix and it really showed how me how to turn my negativity into something positive and how to deal with my pain and put it on paper instead of keeping it inside me.

Q: What are your plans for your performance at AADL?
A: My plans for AADL is to give a great performance for the audience and to also promote this new project I have called Staying Power. This will send eight people from the age of 13-21 to California on a trip to bring awareness on gentrification, displacement, and homelessness. My job is to give anybody the opportunity to perform at a bigger stage and speak their truth about these issues that are going on.

Sam Martin and other young performers from the Neutral Zone will take part in “I Am Making History” at the downtown branch of the Ann Arbor District Library on February 5 at 7 pm.