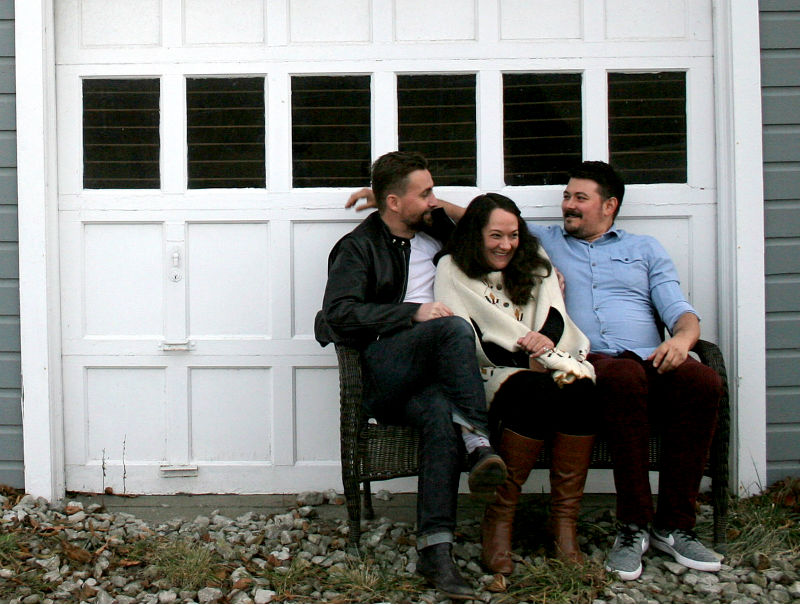 The local indie folk-rock band Little Traps brings sharp musicianship, an off-center outlook, and a distinctive sound with a banjo leading the way. Released late last year, their first full-length album, Can’t Count, is a welcome showcase of their work.

The band charms listeners with its warm, inviting sound, but underneath lies a somewhat more complex tone. “Uncertainty, ambivalence, and second-guessing are the bread and butter of my lyrics,” singer-songwriter-guitarist Nick Bertsos says.

Q: Your voice and Annie's sound really great together. What was your reaction when you first realized that?
A: That’s Annie’s fault. She has an amazing voice and wraps it around whatever I’m yelling. I remember practicing “Might Miss Most” and being so excited by the choices she was making. Which lines she picked, whether she sang the words or notes, it was a level of care and thought I hadn’t experienced before.

Q: What's the story behind the name of the band?
A: I wrote a song called “Little Traps” and then a song called “Little Traps Pt. 2” and then we just started calling the band Little Traps. A friend described their romantic relationship as a series of little traps they had to navigate, which inspired the song. Honestly, I feel like there are too many hard consonants in the name but now we have T-shirts so it’s too late to change it to Rattlegator.

Q: The band's sound manages to make use of a banjo in a way that feels both classic and current -- not necessarily an easy thing to do. Was that a conscious effort or has it happened organically?
A: Again, Annie’s fault. I think it happened organically. I don’t tell Annie what to do. NOBODY tells Annie what to do. I write a song and basically present it to the band. Sometimes I have ideas about instrumentation but I present them as suggestions because NOBODY tells Annie what to do. Especially now, I try not to finish the songs I write or get too attached to parts. I let it loose at practice and see what sticks. The songs are better for it and I feel the band is happier because there’s a level of investment.

Q: "Mouth Full of Butterflies" is a very memorable image, and there are plenty of others in your lyrics. Is coming up with a creative image often a starting point in your songwriting?
A: I always start with the lyrics. Almost all the songs are formed in my head before they even reach the “figure out how to play this on guitar” stage. Imagery in lyrics is really all there is. There’s a spectrum between dumb, nothing lyrics and full-blown narrative; I try to hover around “vague picture book.” You see images, there are through lines between them, and it’s cohesive in that song but you never really know all the details. That leaves listeners with gaps to fill. Mystery and ambiguity can trick people into relating to very specific personal stories. No one has lived what you or I have and yet we all know a handful of songs that really detail what we’ve been through somehow. Anyway, I’m just trying to trick people into thinking I have a normal, relatable human life.

Q: "Different Kinds of Birds" is particularly strong, in my opinion -- how did that song come about?
A: “Birds” is just hate mail addressed to winter with bird stickers all over the envelope. People really respond to that song. I tricked them real good! Musically it’s super simple; it’s just the four chords I always accidentally write songs to. On the record, though, it became this very atmospheric thing. I think everybody found their own thing to play on it. Obviously, the two different vocals at the end but also the slow jazz drums, busy bass, and that steel soaked drone. It turned out really different from the rest of the record. It’s also everyone’s mom’s favorite song so we have to play it.

Little Traps play Lo-Fi Bar in Ann Arbor on Saturday, Feb. 23 with Junglefowl, No Men, and Towner. Visit the Facebook event page for more info. The band plays Lo-Fi again on May 4 with Loose Koozies.