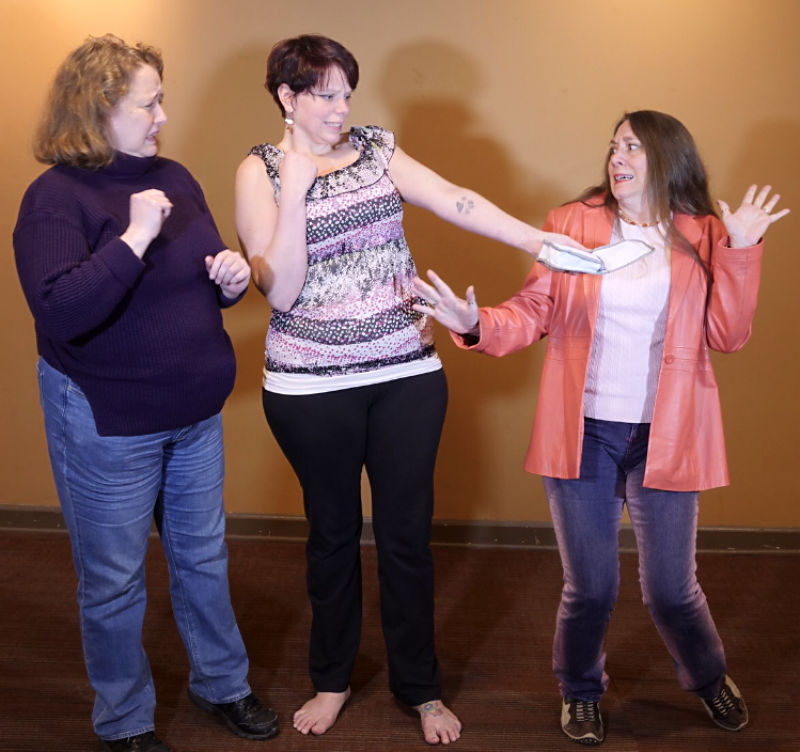 Carnelle Scott -- aka Miss Hot Tamale -- is prepping for the Miss Firecracker Beauty Contest, but the surprise arrival of her cousin Elain -- a former winner of the pageant -- throws things into a whirlwind. Meanwhile, Carnelle's bro, Delmount, was just released from a mental institution and is threatening to sell the family home. But thankfully, a seamstress named Popeye, as well as several other zany characters, come to Carnelle's aid.

"The Miss Firecracker Contest" is at the Riverside Arts Center, Ypsilanti, February 21-24, February 27-28, and March 1-2. Thursday, Friday, and Saturday shows begin at 8 pm;  Sunday and Wednesday matinees begin at 2 pm. Ticket prices are $18 general, $12 for students and seniors. Thursdays are pay-what-you-can. Visit ptdproductions.com for more information and tickets.