Jad Fair and Half Japanese are "Invincible" after 42 years 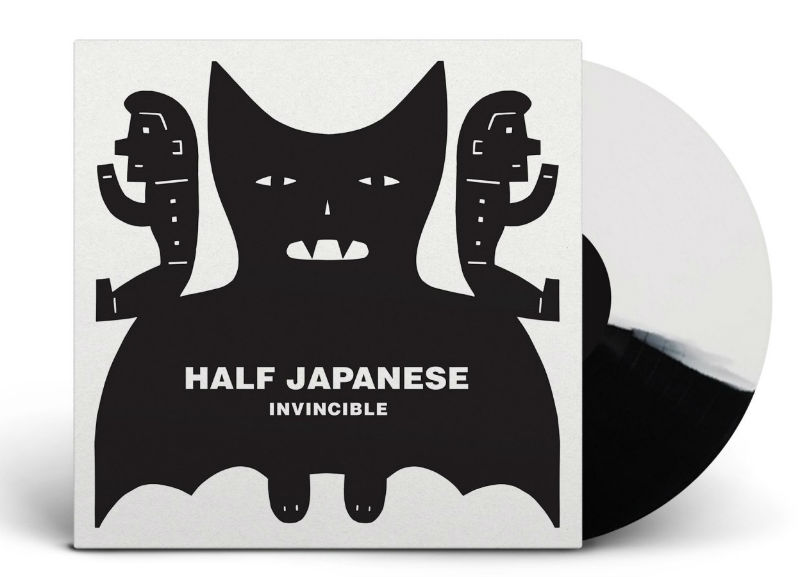 The documentary Half Japanese: The Band That Would Be King begins with a title card that says, "Ann Arbor, Michigan - 1975" and then cuts to a blurry, grainy, backlit film of David and Jad Fair with their friend David Stansky jamming in the Fair family's living room.

The brothers' time living in Ann Arbor was a warm-up run for the primitive rock 'n' roll band that they officially started in Uniontown, Maryland, in 1977 with the car-crash-erific Calling All Girls 7-inch EP. The Fairs couldn't play their instruments whatsoever, but their unholy sound became an inspiration to Yo La Tengo, The Pastels, Beat Happening, Nirvana, and countless other punk-adjacent bands.

Forty-two years later, Jad is still bashing his untuned guitar and singing about love and monsters in Half Japanese, which just released the Invincible album. Meanwhile, David is a retired librarian and, like Jad, a prolific artist.

Jad's wondrous paper cuttings are featured in the 15 videos he made for every song on Invincible, which is far more musical than some Half Japanese offerings but no less sui generis. Check out the video playlist below.