Rhythm and the Blues: Kristianna explores heartbreak stories on "Too Late to Be Sorry" 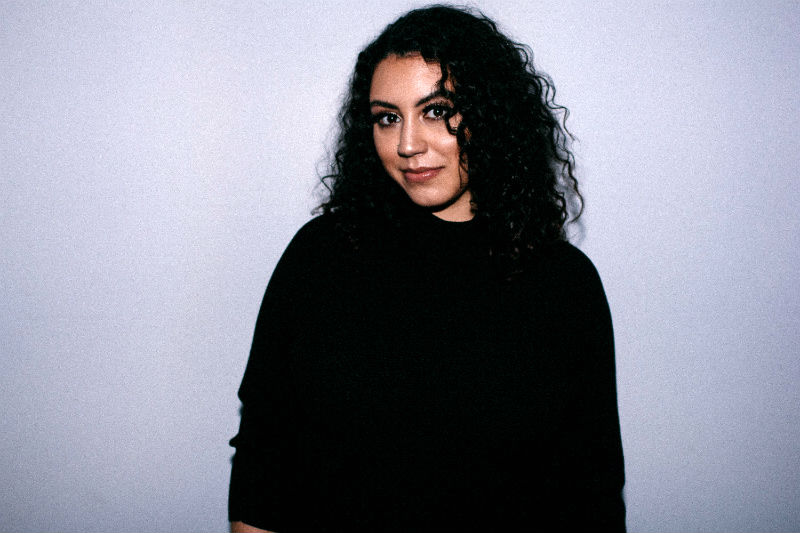 Kristianna didn't mean to write a concept record about relationships. The Ypsilanti native wrote the five songs on Too Late to Be Sorry over five years "and once I came up with the concept, I placed them carefully in order to tell the story," she said.

The slow-jam R&B tunes are bookended by two voicemails, which tie together the tale.

"The album concept is all about communication, or the lack of, using telecommunication, and is meant to be heard in the track order," said Kristianna. "So the intro is the girl calling this guy letting him know her feelings through these songs, then you hear voicemails throughout the project back and forth from the female and the male perspective. The outro is him calling back after he listened to the mixtape that was made for him, leaving the listener ready for part two."

Now 26 and living in Detroit, Kristianna has been involved with music her whole life.

"I grew up singing in church choir and middle school choir," she said. "I was in band and grew up reading and playing music. I played the clarinet and started learning the piano as well. I started singing once I went to college at Eastern Michigan University and have been growing in my craft since then."

Citing Amy Winehouse, Lana Del Rey, and Mariah Carey as influences, Kristianna's voice is as powerful and precise as her inspirations. The production on Too Late to Be Sorry is equally strong, bringing off-kilter sounds and voicings to accompany Kristianna's soul-searching. (The album was released on Ypsi rapper Louis Picasso's Hiiigher Minds label, and he features on the track "Now You're Sad.")

Too Late to Be Sorry's heartbreak tales spring from Kristianna's real love life, and "one of the project's muses reached out after he heard it, and knew which songs were about him without me saying anything. That's how real every word was," she said. "When I write songs, I feel the vibe of the music and think of what the sounds make me feel. I write my lyrics based on experiences from my life, and the people in my life, the things we go through together or how I have been feeling lately. ... When I wrote 'Blacked Out,' I was in a darker place and you can hear that in the song's energy. When I wrote '2 Can Play,' I was happy again being by myself and learning how to grow as a single woman."

Kristianna celebrates the release of "Too Late to Be Sorry" with a listening party and her singing a few tracks live on Friday, March 1, 8 pm at Dreamland Theater, 26 North Washington St., Ypsilanti. There will be food, drinks, merchandise, and a DJ. The event is free. "Too Late to Be Sorry" is available on Apple Music, Tidal, and Spotify. Visit kristiannasings.com for more info.