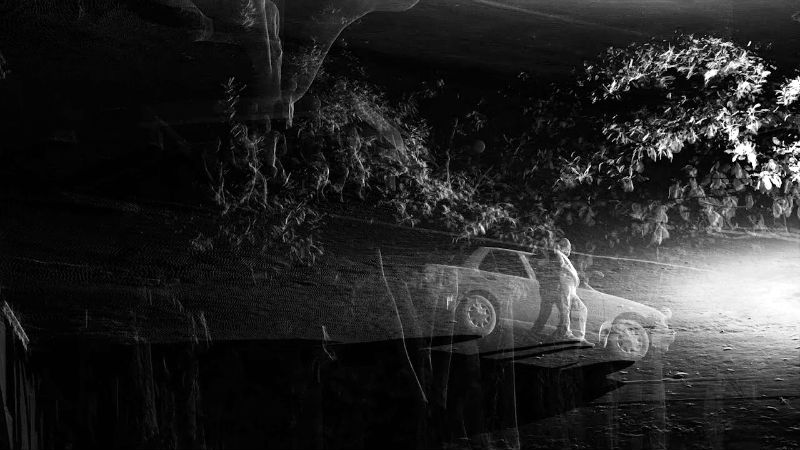 What the Hell Was That? moderated by Daniel Herbert
Salon Session
10-11 am | Space 2435 North Quad | Free
Moderated by Associate Professor Daniel Herbert -- a media scholar on the faculty of the Department of Film, Television, and Media Arts in the College of Literature, Science, and the Arts at the University of Michigan -- this panel discussion has been an Ann Arbor Film Festival favorite for more than a decade. It began when a filmmaker overheard an audience member declare, “What the hell was that?” after viewing his film. An enlightening discussion ensued, and the idea for the panel was born. Join visiting filmmakers and other special guests for an opportunity to watch and discuss three short experimental films selected from this year’s festival lineup.

Robert Todd: Matters of Life and Death
Special Program
12 pm | Michigan Theater Main Auditorium
"This program springs from Robert Todd’s showing by the same title at the Boston Paramount Theater in April 2018. It would become his last public appearance. We have chosen to add Shrine, a deeply personal film, to his lineup, which we believe will provide an added dimension and shed some insight on the mind of the artist. Created between April 2017 and January 2018, these films all lean into the tension between unity and distance. Todd described them as “a shared illusion of community, rendered harmoniously, entering the envelope of life, moving through and touching upon its many layers, with their embedded joys and sorrows.” They reveal the developing fabric of the author’s recent life: most edited within the camera, and presented in an order that corresponds to a year of trials and tribulations."  --Deb Todd Wheeler

vulture with Scaling Quelccaya and Why did you cry when you read that poem
Feature in Competition
1 pm | Michigan Theater Screening Room
Why did you cry when you read that poem (Fulla Abdul-Jabbar) explores the rigidity of structure and the quality of form that moves us. Part of a series of PowerPoint poems which re-present the medium as inherently personal and expressive, this performance is interested in how, when you exert unfamiliar pressure on a structure, its irrationality reveals itself. Scaling Quelccaya (Meredith Leich) is a surreal exploration of the melting Quelccaya glacier in Peru and an altered future in Chicago, weaving together 3D animation, satellite imagery, archival NASA footage, and speculative math about climate change and snow. vulture (Philip Hoffman) sets its sight on farm animals, their surrounding flora, and the farming process. Static shots and slow-moving zooms follow the grazing animals in their minute inter-species exchanges. When left to roam together, the sensibilities of these “beasts” are allowed to surface. The film was shot and processed with various means, including flower/plant processing carried out as blooming occurred.

how we live -- messages to the family
Feature in Competition
3 pm | Michigan Theater Screening Room
how we live -- messages to the family (Gustav Deutsch) is a broad media-archaeological array that takes the form of letter writing: from the first color home movies to video and digital cell-phone images and Skype. Family recordings structure the film like moving postcards, telling of various lives and life paths from the 20th century.

Bitch Thunder: Your Favorite All-Female Party Drumline
Off the Screen!
Various times starting at 5:30 pm  | The Michigan Theater
Bitch, Thunder! is an all-female drumline from Toledo, Ohio. Led by accomplished percussionist Jess Hancock, the group consists of eight women committed to inspiring female musicians while proving the power of drumming in public spaces. To celebrate the announcement of festival awards, Bitch, Thunder! will lay down their percussive sounds in front of the theater before the first screening, in the grand foyer before the second screening, and -- after the second screening -- leading a parade of festival-goers down Liberty Street to an afterparty at Babs’ Underground.

Afterparty
8 pm-12 am | Babs’ Underground | $7, Free with AAFF Pass
Featuring a live performance of Cowboy Microwave Music by Elliot Sheedy with a threshing-floor stage created by the artist Sofia Caetano.