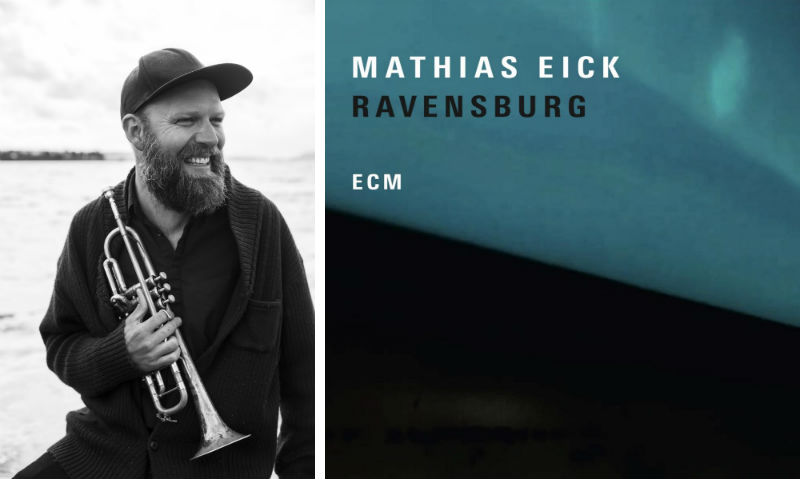 When musicians write compositions, often they aren't able to hear a fully fleshed-out arrangement until it gets in the hands of their bands.

Norwegian jazz star Mathias Eick plays trumpet, vibraphone, double bass, guitar, piano -- and he sings. This means Eick gets to arrange and hear nearly every part of his gorgeous, evocative, kind-of-blue songs before he brings them to his band.

"I usually make full demos of the music playing all instruments, and I then have a wide understanding of what’s going on with the other guys once we start playing the new compositions," Eick said. "I've always thought that's an advantage."

Eick may play something other than trumpet, his primary instrument, when he becomes the first artist to perform at Blue LLama Jazz Club, a brand new music space in downtown Ann Arbor. But he'll likely leave the other instruments to his ace band: Nikolai Eilertsen (bass), Håkon Aase (violin), Erlend Slettvoll (piano), and Torstein Lofthus (drums).

Aase and Lofthus appear on the trumpeter's latest album, Ravensburg, his fourth for the legendary ECM Records, which has forever specialized in the sort of cool, colorific music at which Eick excels.

His previous record, Midwest, was inspired by Eick's travels through the U.S. region where thousands of Norwegian immigrants settled in the 19th century. By 1915, nearly 750,000 Norwegians had emigrated to the U.S., second only to people from Ireland.

Midwest plays with blending the folkloric sounds of both the U.S. and Norway, whereas Ravensburg shoots for a more specifically Nordic tone. But both records are steeped in mystery and moody lyricism.

"I've had specific ideas about what I wanted them to express on each album," Eick said. "Midwest was more of a folk music album, whereas Ravensburg is more lyrical and open when it comes to expressions. I'm so glad Håkon Aase has the open sound in his violin and solos, he was the perfect guy for this album."

Places play an influential part of Eick's writing process. Ravensburg is a town in southern Germany, and every Christmas the trumpeter's German grandmother would give him a puzzle crafted there. "Cologne Blues" from Eick's ECM debut, 2008's The Door, is named after the German town. He has also named songs after places in Norway ("Stavanger," "Oslo," "Hem"), Finland ("Porvoo"), New York ("Williamsburg"), Scotland ("Edinburgh"), and the American Midwest ("Dakota," "Fargo").

"Some of the music is written in these specific places," Eick said, "some are places I’ve thought fit the composition afterward. In every album, I try to have at least one destination and one month. It's kind of dogma for me."

Eick has written and recorded six songs named after months, and he says the seasons "of course are an inspiration as well, the time of year I’m alone with my piano composing."

While Eick played with electronics on his 2011 ECM album Scala, his Midwest and Ravensburg records are fully acoustic, though the latter features a tonal element unique among his LPs as a leader: he sings. Eick's high, wordless vocals float through the songs like eerie lullabies, imbuing the tunes with the sort of melancholic emotion that only the human voice can provide.

"I did some vocals on an album [I Concentrate on You] I did five or six years ago with the Norwegian vocalist Elvira Nikolaisen," Eick said. "That was the first time, and since then I’ve been singing to my kids every night. It struck me that when I can sing for them I might as well sing for others as well. So I did on Ravensburg. I also think the mix of vocals and Håkon Aase's violin is pretty nice."

Everything about Eick's sound is nice. His trumpet tone is warm and flecked with a soft vibrato as he produces one beautiful melody after another. Eick's meditative music is the perfect way to consecrate Blue LLama Jazz Club as it opens its doors to the public for the first time.