Quite the Panorama: The Kelseys' "Pollyanna" is a joy-inducing song and video about overcoming sadness 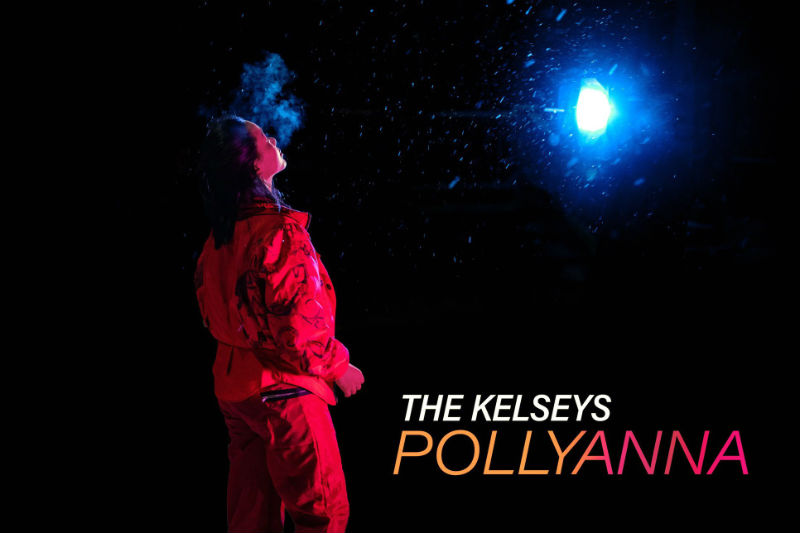 The opening lyrics of The Kelseys' "Pollyanna" make it sound like it's going be a song about the devastation of depression:

Underneath all of the smiles
Lies an emptiness that eats her alive
Masked by all the joy and the laughter
Is a voice screaming, "I'm not alright!"

But by the time the band hits the pre-chorus and chorus, the soaring song shifts into an anthem for overcoming:

She puts her hand around me
Well, maybe we should go
Girl, raise your voice up high
Run run run
Till we're all out of breath
from the
Sun sun sun
Beating down on our neck
So
Look at the horizon
Quite the panorama
Don't you ever worry
Miss Pollyanna

"'Pollyanna' is kind of a mixed story influenced by multiple people in my life," said singer-guitarist Peter Kwitny. "So many people struggle with things on the inside and put on brave faces to hide what they are really feeling, and I wanted it to be a song that people could relate to on a deep level."

Named after the Kelsey Museum of Archaeology, the Ann Arbor quartet is made up of U-M students Kwitny, drummer Josh Cukier, guitarist Evan Dennis, and bassist Liam O'Toole. (The band plays a free concert at Lo-Fi in Ann Arbor on Thursday, March 28.)

"Pollyanna" comes from The Kelseys' Summer Light EP, which came out last September, but the song's video came out in February and it's as joy-inducing as the tune it's representing.

"Everyone that worked on the music video was a U of M student," Kwitny said. "We were fortunate enough to be friends with [director] Sam Goldin and [co-producer] Evan Parness, and they got everything rolling with mixing all of the band's ideas into one cohesive story. Sam was the mastermind behind everything and we basically put all of our trust into him. He found all of the production crew and dancers and organized all the shoots. It was a long process, but we are extremely thankful for all of our friends here at Michigan who helped us out."

The video stars Victoria Briones as a sad young woman whose friends get her out of bed, dressed, and out to a party. The video is rich with dancing choreographed by Sophie Allen, and Briones has a magnetic gaze and sly smile as she shimmies on a snowy street and inside a darkened studio.

"As none of us can really dance that well, we pretty much left everything up to Sophie to choreograph the video," Kwitny said. "She is a master at what she does and we really didn't feel like we could contribute that much to that side of the video. ... Victoria and Sophie worked together on the choreography and the result was stunning."

Kwitny is not wrong. The video is jubilant and "Pollyanna" is a perfect song for spring, signaling the reblossoming of life after winter's cold, dark days. Rejoice as the sun, sun, sun beats down on our necks.