Tell 'Em It’s a Party: An Evening of the blues with Sugaray Rayford at Club Above 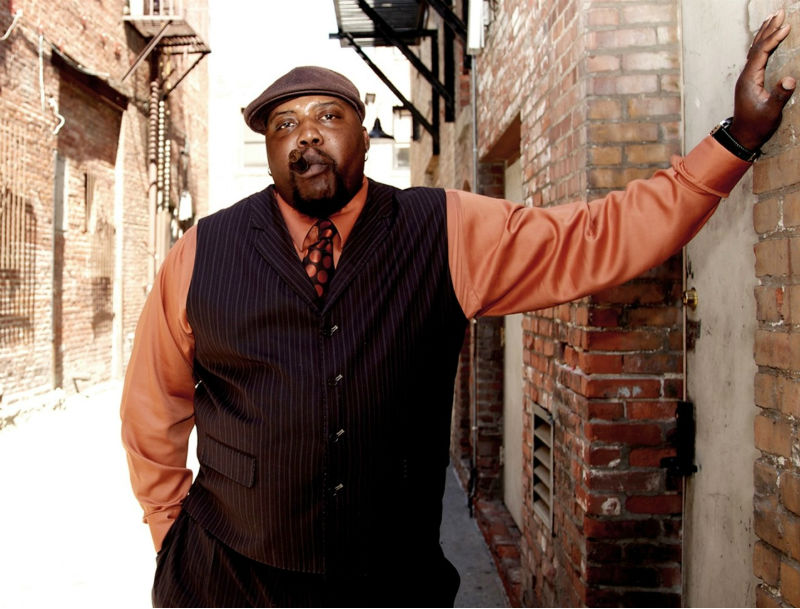 With two Blues Music Award nominations and a new album, Sugaray Rayford has made 2019 his year -- and it isn’t even April yet.

As part of a concert series supporting this year's Ann Arbor Blues Festival (August 16-19), the Texas-born, Los Angeles-based Rayford and his band will be making their first visit to Ann Arbor, promising a fabulous night of blues at Club Above on Sunday, March 31, in support of their recently released album, Somebody Save Me (Forty Below Records).

The entire album is the perfect vehicle for Rayford’s incredibly authentic voice and charisma. The record grabs the listener by her collar and takes her across the Mississippi Delta, through Chicago, to West Coast Swing, down to Texas, and back again. Described as having an “old school vocal style” reminiscent of such musicians as Muddy Waters, Otis Redding. and Teddy Pendergrass, Rayford seems tailor-made for the songs that appear on the album.

The opening of the first track, “The Revelator,” brings to mind '90s hip-hop. Then Rayford’s vocals power through lyrics that instruct the listener to come with him -- and there’s no way one can’t.

Another song, “Time to Get Movin’,” offers some social commentary, though Rayford says it “wasn’t a conscious effort on my part to say anything deeper than what it was”; nevertheless, his powerhouse of a voice will convince anyone to “stop mincing words and (start) calling things by their name."

“You and I” is a bluesy love song about leaving one’s troubles behind while “Is It Just Me” offers a sound reminiscent of Motown. The final song on the record, “Dark Night of the Soul,” showcases the commanding mix of Rayford’s vocals and his band’s music with a force that leaves the listener banging on her laptop for more.

The tour has brought the band all over the United States. “Right now, audiences are really connecting with ‘You and I’ and ‘Time to Get Movin’’,” says Rayford, who names BB King as his introduction to the blues, “and from there I fell in love with Mississippi John Hurt, Muddy Waters, Howlin’ Wolf, Albert Collins, James Harman, T-Bone Walker … these are the people who spoke to me.”

A musician since a young age, Rayford offers advice for young blues artists out there, saying, “I would tell them what my own mother told me -- don’t let others tell you who are you are … don’t let anyone else put you into a box.”

Ann Arbor Blues Festival Executive Producer James Partridge says that he is “over the moon excited” for both Sugaray and his band to make their Ann Arbor debut: “I’ve been wanting to get him here for a long time and it’s even more phenomenal since he added guitarist Alastair Greene to his band.”

In addition to Greene, the band includes a lineup of accomplished blues veterans Drake “Munkihaid” Shining, Aaron Liddard, Allen Markel, Giles Straw and Lavell Jones. The group is currently blasting out the blues all over the country, and they aren’t slowing down any time soon. “This tour goes until mid-April," Rayford says, "then we have a few days off and we head to Europe.”

Partridge claims blues music is something that connects us all.

“The blues is called ‘roots music’ for a reason -- it’s the source code of all other music that we listen to today so knowing and understanding and appreciating blues helps give you a solid foundation and better ability to appreciate contemporary music," he says. "Even if it’s not your preferred genre, it helps you to understand and appreciate what you do listen to because everything grew out of the blues.”

Rayford is enthusiastic about his upcoming visit to our little city: “Tell them it’s a party. This isn’t a concert -- we’re there to party!”

Sugaray Rayford and his band perform at Club Above, 215 N. Main St., Ann Arbor on Sunday, March 31 at 7 pm. Tickets are available at a2tix.com.