Ballet Preljocaj's "La Fresque" at the Power Center was arduous, ambitious, and alluring 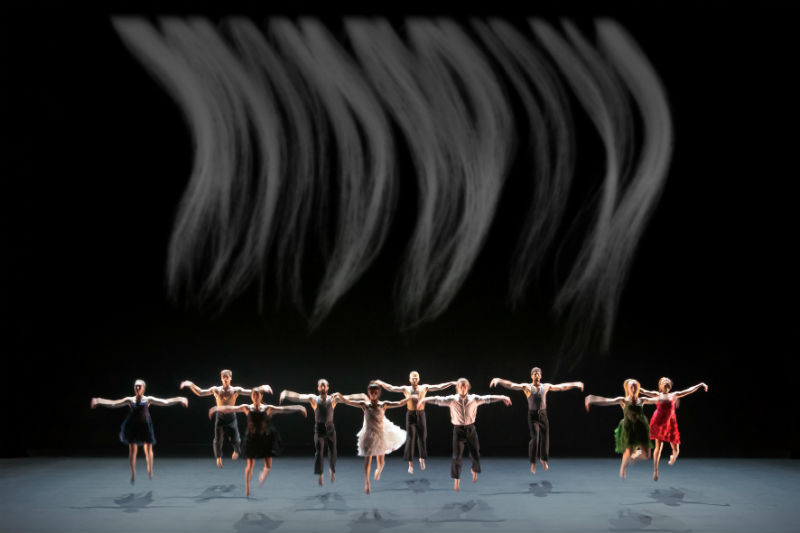 French dance company Ballet Preljocaj performed its new full-length contemporary ballet, La Fresque, at the Power Center on March 26 and 27. Ballet Preljocaj, presented by UMS, was in Ann Arbor for the fourth time and as usual, the company did not disappoint. (I was at the March 27 performance.)

La Fresque is based on the Chinese myth of a man who is drawn into a painting of young women. The man falls in love with and marries one of the women but is thrown out of the alternative universe by the woman’s guardians. The ballet ends with him looking at the painting again. Nothing has changed except the hair of one of the subjects, which is now up in a bun, with a flower in place to symbolize their marriage.

La Fresque started with a striking duet between two men who find a beautiful painting of five women while out on a walk. Five women dancing around a small platform make up the painting. The women all had their hair down, and the hair acted as a fifth limb both in this section and throughout the dance -- it was as crucial a part of the dance as their legs or arms. I liked this aspect of the choreography as it was unexpected, but it also made me think a lot about the gender and racial aspects of the work: only certain kinds of hair would have worked in this choreography. Ballet is a notoriously heteronormative and white-centric world, and the use of long, flowing hair highlighted this point. 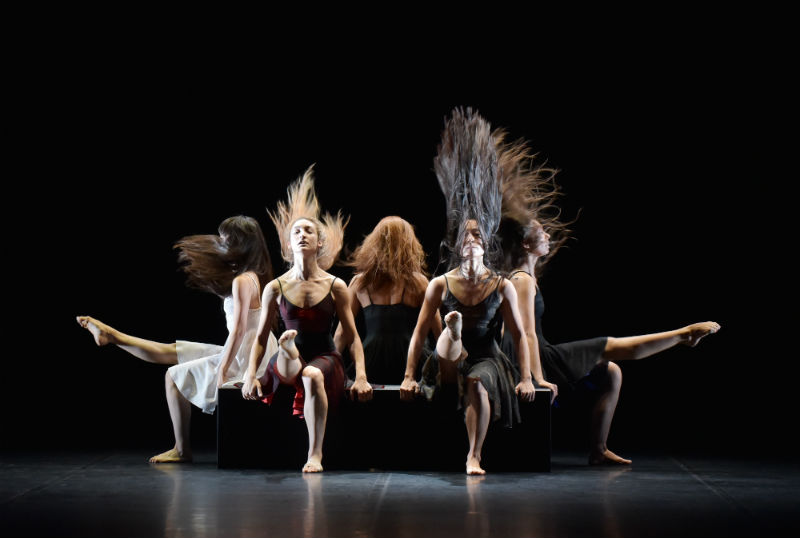 The music in La Fresque was abstract. Written by Nicolas Godin, it was at times moving and at other times pounding and unrelenting. I enjoyed it at first but it did get repetitive as the performance went on. The lighting was gorgeous, with spotlights on the dancers and interesting use of moving screens both in front of and behind the dancers. The screens were black, but occasionally images of white smoke would curl around the dancers.

Two pieces of the performance stood out to me. In one, the screen was dotted with stars and the dancers used their arms to flutter and bend like wings. They looked like alien birds gracefully moving across the stage. The second part I loved was the aerial portion, in which five aerial silks descended from the ceiling. The silks were attached to the heads of the women and gave the illusion of being even longer hair, which the men and women took turns hanging and spinning from. The lighting in this vignette was particularly striking.

The first time that I saw Ballet Preljocaj they performed Snow White. I think that a well-known story might have been a better choice for a company with such abstract movement and music. During La Fresque, I had little idea what was going on and didn’t fully realize that there had even been a wedding until the dance was fully over. However, the majority of the scenes of the ballet were beautiful to watch and the lack of story didn’t bother me. Hopefully, it won’t be long before Ballet Preljoca visits Ann Arbor for the fifth time.