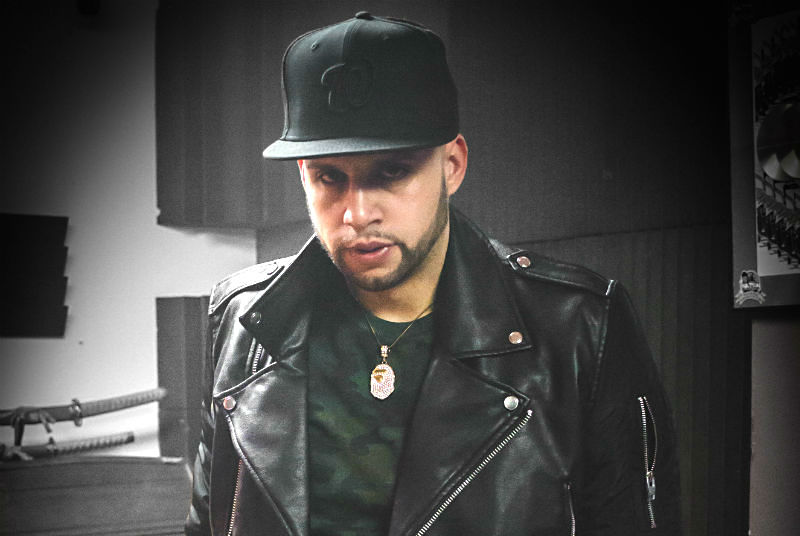 Northern Virginia rapper Joey Blanco been called a modern Big Pun or Noreaga because of his suave vocal style and Latin heritage.

And when asked about his influences, Blanco admits that Pun, along with Jay-Z, Big L, Nas, and Biggie, is one of his favorites.

But Blanco has his own cadence and tone, marked by assertive vocals rapping English lyrics peppered with colorful Spanish ad-libs.

"I think it’s doing great," Blanco said of Latino hip-hop, "I just feel as though there’s no artists that perform in English and that are killing it with the Spanish ad-libs. I feel like I’m bringing that to the game. I’m just trying to bring something new to the Spanish culture."

Following the mixtapes Lyrical Content (2015) and A Blanco Tale (2017), which had more socially conscious lyrical bent, his new release, Blanco Perico, is heavily influenced by trap music, which comes out of the South and is heavily syncopated, especially on the hi-hats, with a booming kick drum  to support the chanted lyrics.

The switch to trap music is exemplified by Blanco's new music video, "Dimelo," featuring Paco Suavee. The playful song's title is a nod to the Dominican slang word for "what's up?" and features the artists rapping in various Washington, D.C., locations.

"I always want to try new sounds and new flows," Blanco said of his exploration of trap. "You have to stay relevant with time and create a wave within it. I think I finally started thinking outside the box even though all I wanted to do at first was conscious music."

That's not to say there isn't a thoughtful theme driving Blanco Perico, even if the mixtape has more of party vibe.

"The vision is more of identifying myself as a Puerto Rican and how I’m light skinned, almost white. I thought about blanco -- white in Spanish -- so I called the tape Blanco Perico. This one is for the streets and everyone is going to want it. I wanted more of a trap flow for this project. There’s a split personality of Joey Blanco on this one. Blanco Tale was more conscious."

But no matter the hip-hop style that Blanco's exploring, his lyrics are full of quick wit, sharp observations, and dope storytelling, which he'll bring to AADL for a concert on May 3 at 7 pm.

It'll be Blanco's first concert in Michigan, and it coincides with U-M's graduation week.

"I just want to give the grads a great show," he said, "and something they can take with them after such a great accomplishment. Also, I’m excited about Michigan. It’s a new feel and it can create a buzz for me. This will be my first time here. I’m excited to meet new people and to just have fun. I want people to just vibe out to the music. I want to see the campus of U-M, get a tour, and to see the Big House."

But the concert is what Blanco is most excited about, and he's hyped to share his sounds here in Ann Arbor.

"I am really going to interact with the crowd and really get deep into my music," he said. "I’m also going to turn up and make sure everyone has a great time."

Joey Blanco performs a free concert at AADL's downtown location on Friday, May 3, at 7 pm.