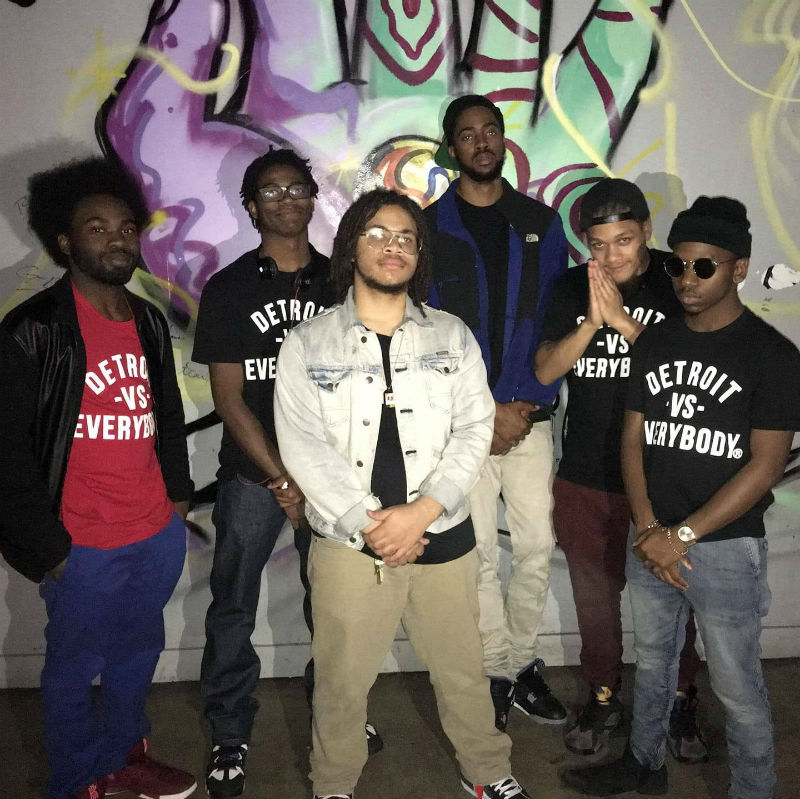 Modern Element prides itself on being “a band made up of all genres," said Trunino Lowe, the group’s trumpeter and 21-year-old leader. "We have a mixture of jazz, hip-hop, R&B, gospel, blues, neo-soul, Latin, reggae and pop. We don't have a favorite genre. We just play for the soul."

"We all went to Detroit School of Arts together," Lowe said. "Being in band and jazz band, we were always together. While being in combo together, we decided to really be a band after high school."

That education was a huge influence on Lowe's life and he has trouble understanding why arts classes are always on the chopping block in schools.

"Music education plays many roles in schools. It teaches discipline, focus, organization, and time management -- things that can be implemented in other classes as well as everyday life," said Lowe, a jazz studies major at Wayne State University. "If it wasn't for music education, I wouldn't be where I am now. Music education has allowed me to meet and work with a lot of world-renowned artists such as Terence Blanchard, Marcus Belgrave, Wendell Harrison, Ron Carter, Sean Jones, and more."

Modern Element doesn't have a recording out yet, but Lowe said it was imminent. In the meantime, you can hear the band's mix of originals and covers on Friday, June 7, at 7 pm in the Ann Arbor District Library's downtown location. And you can see the trumpeter lead the Trunino Lowe Quartet on Thursday, June 6 at the Blue LLama Jazz Club, along with Modern Element drummer Jones, bassist Jonathon S. Muir-Cotton, and pianist Sequoia Snyder.

"Everyone should expect a great time," Lowe said about the concerts, "and a musical journey that they never experienced before."