Sock It to Me: Bob Seger’s eight most crucial forgotten songs 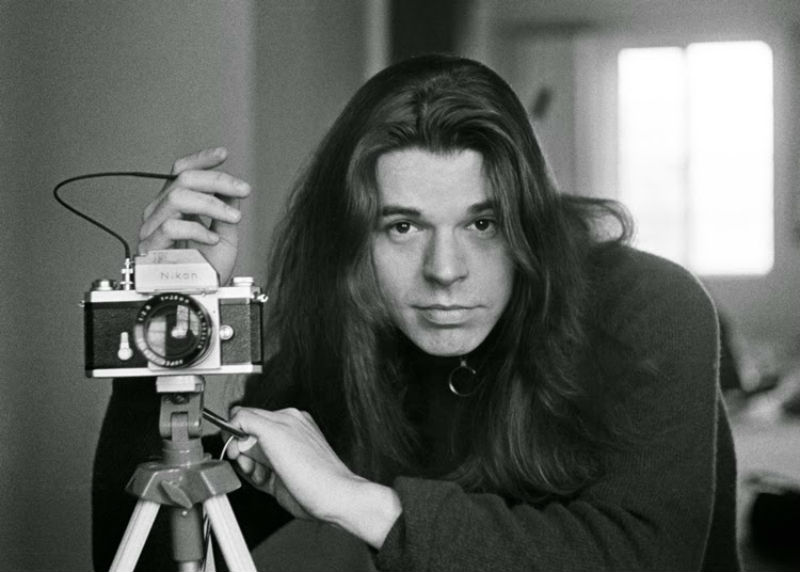 This story was originally published June 6, 2019, just before Bob Seger brought his farewell tour to Michigan. We're rerunning it because another Seger-related event is happening on June 26, 2022 from 3 pm to 4:30 pm at the Ann Arbor District Library's downtown location:

Dr. Edward Sarkis Balian grew up in Detroit and was in a local band at the same time that Bob Seger was breaking into the music business during the tumultuous 1960s. Dr. Balian’s association has continued with Mr. Seger, as they have both shared the same entertainment attorney for over 40 years. In this interactive presentation, Dr. Balian answers questions in-depth, discusses video highlights of Seger's career, and shares many facets of Seger's personal and professional life.

On June 6, Bob Seger plays the first of his six final local gigs at the DTE Energy Music Theatre part of an extensive farewell tour announcing the rock icon’s retirement and delivering a victory lap after nearly 60 years of service.

You might be a die-hard Seger fan yourself, one of the millions who bought his records, filled his stadiums, or slow-danced to “We’ve Got Tonight” at prom. Maybe you rank Seger among the great troubadours of American pop music, call him the Michigan Springsteen, our state’s very own rock royalty.

Or maybe not … for other, often younger listeners, the ubiquity of Seger’s classic hits on radio, film soundtracks, and truck commercials renders them as toothless background Muzak at best, pre-fab corporate pablum at worst, his tunes all past their sell-date and worthy only of ironic comment.

There are no right answers when it comes to taste, but Bob Seger’s musical history is deep and wide enough to shake any preconceived notions about the man’s legacy.

Seger spent much of his youth living here in A2, forming his first band in 1963, The Decibels, with some friends from Ann Arbor High School (now Pioneer) and going on to local renown in groups like The Town Criers and Doug Brown and the Omens. By 1966 he hung out his own shingle, releasing regional radio hits like “Heavy Music” as a solo artist backed by the Last Heard, and even charting nationally with the Bob Seger System’s immortal “Ramblin’ Gamblin’ Man.” Both songs are staples of classic rock/oldies radio and retain a measure of respect within the man’s canon, but Seger’s formative era has been neglected officially, much of it out of print and actively suppressed by the artist for reasons both contractual and aesthetic.

For many years, Seger’s pre-Silver Bullet Band records were difficult to find outside of dodgy bootlegs or expensive original pressings, a sad state considering how vibrant, exciting and alive so much of his early material remains. The recent release of an officially authorized CD called Heavy Music: The Complete Cameo Recordings 1966-1967 filled in some of the biggest gaps, but there’s still a great deal of great music deserving of attention. The following are eight of Bob Seger’s most crucial forgotten sides:

Unrelentingly grim but emotionally involving, Seger’s first local hit weaves a stark tale of young love undone by desperation and hubris. At 2.5 minutes long, there isn’t much room for plot development, but the characters are easy to grasp -- hothead Johnny, the knife-flashing kid consumed with class envy and his girlfriend, whose premonition of doom is ultimately validated by the arrival of two policemen with bitter news. A dark, skeletal riff and strangely sinister bongos drive the song but Seger’s chorus hook is what will haunt your dreams: His cry of “Johnny, Johnny, no!” is as palpable an expression of grief as you’re likely to find in any pop song.

"CHAIN SMOKIN’"
BOB SEGER AND THE LAST HEARD, 1966
As a palate cleanser, try this cheerful, breezy ode to the horrors of addiction. “Chain Smokin’” opens with a few wild seconds of beautifully saturated guitar before sliding into a crude but irresistible teenage R&B groove. It’s just two and a half minutes of Bob Seger trying to bum a cigarette off you, or someone, anyone (“Gimme a smoke or else I’ll die”). This rarity appeared originally as the far superior B-side to “Persecution Smith,” an era-appropriate bit of faux-Dylan that aged poorly. Anybody got a weed?

"SOCK IT TO ME, SANTA"
BOB SEGER AND THE LAST HEARD, 1967
On its face, just another X-mas novelty cash grab, but Seger can’t keep that energy of his contained even for the holiest of family affairs, making this the rare carol that sounds even better divorced from the season. Glass-full types will call it a James Brown tribute, others might cry rip-off, but the System attacks this silliness with all the stops out.

"2+2=?"
THE BOB SEGER SYSTEM, 1968
Demanding answers from an establishment that views his generation as cannon fodder for an ill-defined war, Seger’s defiant howl channels the panic and confusion of his peers. “I ain’t saying I’m a genius,” he allows; all he knows is that a friend of his from high school got drafted and “now he’s BURIED IN THE MUD!” An insistent, obsessive bass line declares “J’accuse!” as explicitly as Seger does, and once the sticky fuzz guitar and drum barrage join in, it’s a thrilling, full-throttle one-riff punk masterpiece, its only variation being a devastating false ending. Inarticulate, immediate, and inflammatory, it’s Seger’s most primal vocal performance.

"DOWN HOME"
THE BOB SEGER SYSTEM, 1969
When Seger finally got a long-player to stretch out on, he took full advantage and the result was the Ramblin’ Gamblin’ Man album, a messy but inspiring collection of psych noise, freak ballads, and heavy guitar experiments. The title track is a perfect union of Bo Diddley-style boasting, roller-rink organ, and trash-can drums, but you’ve likely heard it plenty (click here if you’re not yet hep). Dig instead this deep cut that finds Seger waxing poetic about some lowlife subterraneans over a slashing, chomping guitar figure 10 years ahead of its time, tuneless harmonica abuse outside of time itself, and a roaming, rumbling bass doing its best to make it all sound like music.

"LUCIFER"
THE BOB SEGER SYSTEM, 1970
After a period of professional setbacks and personal soul searching, Seger bounced back with Mongrel, his most focused LP to that point and the last with the System. The band is road-tested and battle ready, delivering a rollicking set of Detroit bam-a-lam that peaks hard at the end of side one with “Lucifer,” a blistering declaration of independence that reads like the character in “Ramblin Gamblin Man” after a few rough years. With a killer guitar hook and a snarling demeanor, Seger categorically refuses to accept your blame -- he knows he’s good, owes no apologies to god, man or otherwise and celebrates this confidence with an infectious swagger.

"BACK IN ‘72"
BOB SEGER, 1973
Recorded partially with the famed Muscle Shoals Rhythm Section, the Back in ’72 LP finds Seger sounding weary and disillusioned, even as he retains full control of his musical sensibilities. His deathless road classic “Turn the Page” appears here for the first time, alongside a rendition of The Allman Brothers’ outlaw ballad “Midnight Rider,” and some rightfully ragged Stones-style workouts. But it’s the title track that reveals where his head was really at, as Seger conjures up a tense, vaguely paranoid vibe to run down the events of what sounds like a difficult year indeed -- music dies, negativity reigns, crimes go unpunished, and lessons go unlearned.

"SCHOOL TEACHER"
BOB SEGER AND THE SILVER BULLET BAND, 1974
A sonic oddity in the Seger canon, this track from the 1974 Seven LP finds our hero trying his hand at some AC/DC-style lewdness, pledging unconditional lust for the titular educator against a wall of chugging guitars and unrestrained shred. Seger shared stages with the likes of Ted Nugent and Kiss at the time, which might explain the unusually frenetic pace of this and other heavy tracks (like the reckless, tongue-twisting “Get Out of Denver”), but Seven also marks the debut of the Silver Bullet Band, the vehicle Seger would soon ride into polite society. The album begins as blazing rock-n-roll on side one but gradually settles into a comfortable groove by the close, foreshadowing the inevitable: Seger was about to outgrow us. 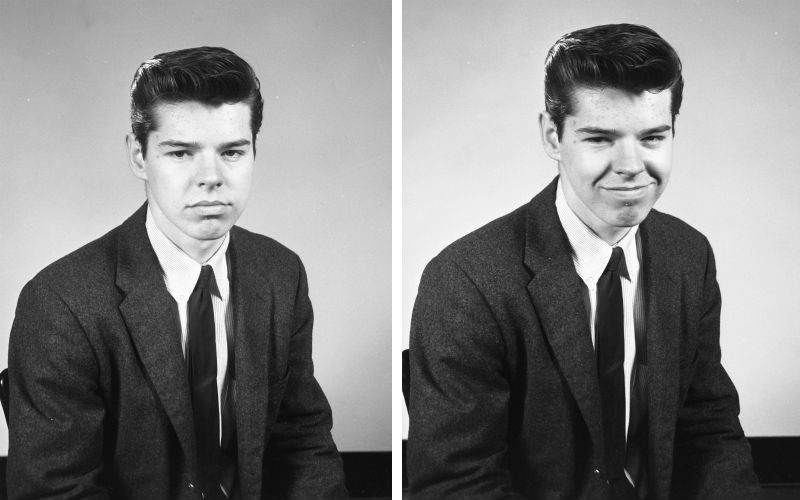 Bob Seger in October 1962. Photos by Eck Stanger for The Ann Arbor News.

His next record, 1975’s Beautiful Loser, introduced the world to the Bob Seger we recognize today, the heartfelt heartland rocker with the hot-shot backup band and radio-ready platinum hits. Beautiful Loser is a great, great record, and Seger went on to make plenty more, but the raw edges of his early work had been polished (or dulled, depending on how you look at it) by a decade of dedication to craft. His songwriting flourished with the Silver Bullet Band behind him, and the results can’t be denied -- millions of fans have had “Night Moves,” “Against the Wind,” and “Still the Same” form the soundtrack of their lives. But spill a beer as well for the young, hungry Bob Seger, the skinny kid with the huge voice who haunted the mean streets of Ann Arbor with stars in his eyes and raw energy on his side.

That one retired a long time ago.