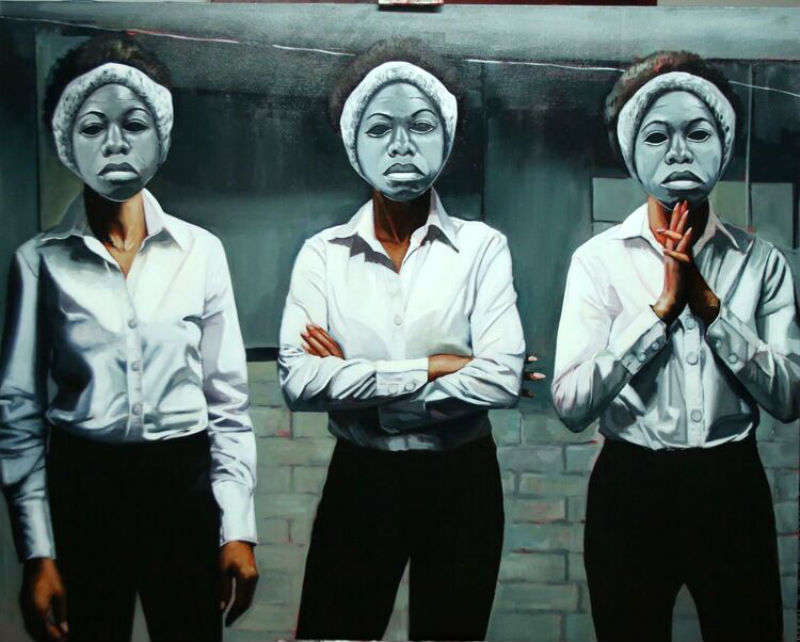 In keeping with recent exhibition themes at the Penny W. Stamps Gallery, its most recent show asks audiences to imagine a better future through the works of innovative and iconic contemporary artists.

Call & Response brings together diverse works and combines elements of the traditional exhibition space, a performance space, and a soundstage. Featuring the works of Romare Bearden, Chakaia Booker, Tony Cokes, Saffell Gardner, Allie McGhee, and Tylonn Sawyer, the gallery asks visitors to consider “sonic resistance in Detroit and beyond” through visual art, sound, and a restored historical stage from jazz-era Detroit. The central hub of the exhibition starts with the refurbished Blue Bird Inn stage and includes representational and abstract artworks responding to the cultural music scene of Detroit and beyond.

The glittering Blue Bird Inn stage was recently rescued from obscurity by Detroit Sound Conservancy. Opening in the late 1930s, the Inn was located on Tireman Street, Detroit’s “Jim Crow line.” In the 1940s, the bar’s owner, Clarence Eddins, used the space as a jazz club until the early 2000s. The exhibit notes that the stage is an “iconic example of African-American mid-century vernacular art and design,” and it's easy to imagine iconic musicians such as Miles Davis and John Coltrane standing on it and playing jazz to bustling audiences in Detroit. 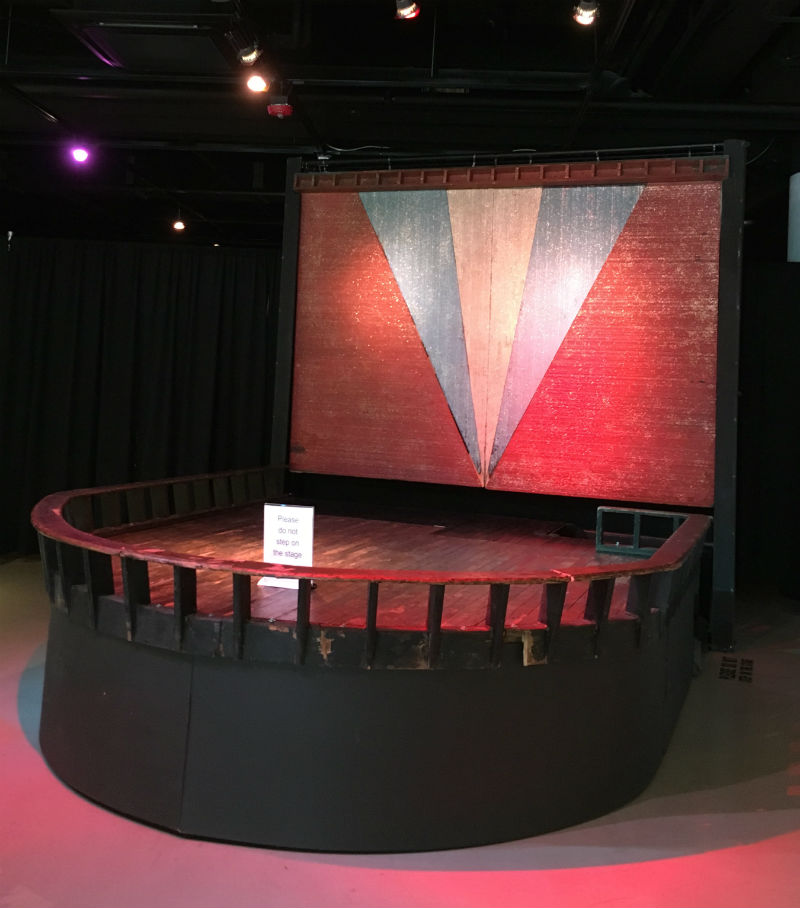 The stage was almost forgotten and lost to history, but thanks to the Detroit Sound Conservancy, it will travel around Southern Michigan and beyond. The stage is the oldest piece in the gallery, having been originally constructed around 1957. Romare Bearden’s Untitled (Jazz Players) comes in second for the oldest piece on display, made around 1970. But much of the artwork in Call & Response was created near or after the year 2000.

The show's works represent varying approaches to contemporary and mid-20th-century art, from Bearden's iconic collage to the recycled urban detritus-turned-sculpture by Chakaia Booker made in the late 1990s. Saffell Gardner’s vibrant paintings combine mixed media, collage, and painting recall the vibrancy of jazz music and urban living through color, texture, and the inclusion of found objects such as buttons.

Similarly, Allie McGhee’s colorful, abstract mixed-media paintings are made on varying geometric substrates of paper and foil. Tylonn Sawyer’s paintings feature figures Martin Luther King Jr. and Nina Simone. The large canvases are painted in color, with a repeated central figure. In 3 Graces: Nina, Sawyer depicts Simone in three poses, standing side by side. Each Nina is posed with a grayscale mask over her face, which contrasts to the full color of the rest of the painting.

Similarly, in Congregation: MLK, a three-panel work, a male figure, painted in color, is repeated eight times across the painting. Each figure has a slightly different pose, fanning out from the central subject, whose back is turned to the audience. Instead of floating masks, the men are holding cut-out masks of Martin Luther King Jr., some of which appear to have no eyes. In the back of the gallery, a video by Tony Cokes, Evil.27 Selma, streams in a private room. The video is comprised of white text on a simple gray background. The words are borrowed from the 2009 text “Notes From Selma: On Non-Visibility" by Our Literal Speed, a Selma-based collective.

Stamps consistently brings exhibits that push the boundaries of the gallery space. With an emphasis on mixed media and interdisciplinary arts, as well as Detroit culture, the show offers a unique look into the intersections of local and national music and art.