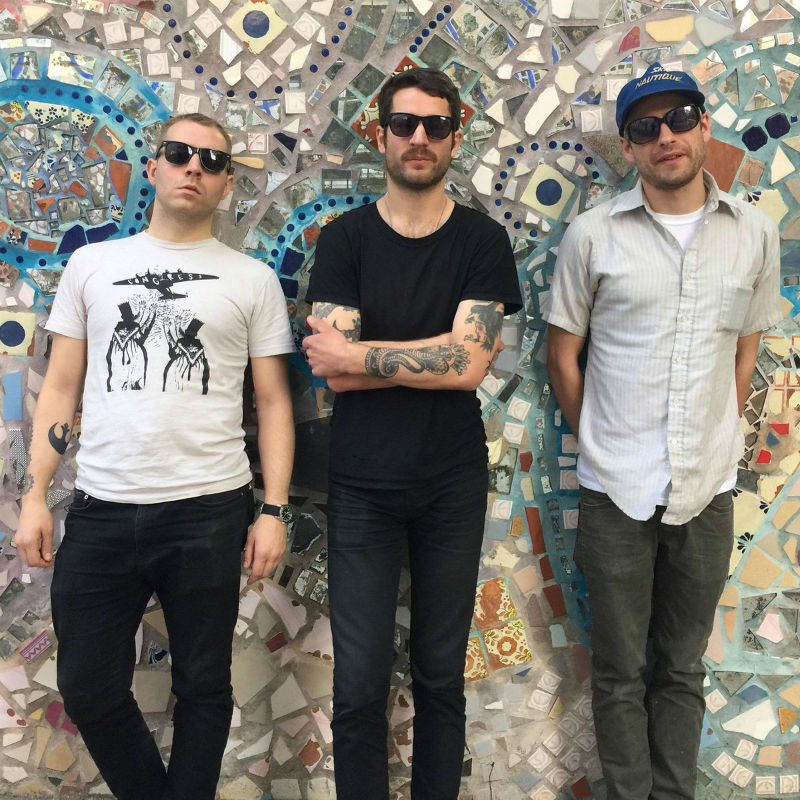 Six songs strong and 12 inches wide, Human Skull's vinyl debut, Take a Lifetime, is a brief but engaging record that documents the latest developments from an Ann Arbor punk rock band that, as its website suggests, is “probably less punk than you think.” Indeed, their velocity and ferocity get applied to songs with genuine Midwestern hearts beating beneath the leathers, expressing yearning rather than rage and avoiding easy classification.

For two albums -- a self-titled, digital-only debut and the cassette release The Penny and the Ball -- Human Skull has honed a unique style rather than wandering, and Take a Lifetime distills that sound into its most potent, clear-eyed state. Melodies are challenged in interesting ways, each traditional choice countered with a harsh chord or sudden, whiplashing tempo change. At times Human Skull’s riffs can recall early REM if they weren’t bashed out at rollercoaster speed with the band in lockstep around every tight corner.

Guitarist/vocalist Joel Parkkila goes easy on the fuzztone, relying on cleaner textures except when making a point, and his solos are devoid of tired guitar heroics, fitting tastefully into the song rather than wailing above it. Rhythm section Stefan Krstovic on drums and Brent Barrington on bass don’t back him up as much as race him to the finish, and with Parkkila’s plaintive yowl as punctuation, it’s bracing and real.

We emailed with Human Skull about the production of Take a Lifetime, which you can here below.

Q: When you compare these latest songs with the material from your 2014 demo, what is the biggest change you hear in the development of your songwriting?
A: We’ve all learned a lot over the last five years of playing together and I think our sound has smoothed out a bit and is developing into its own little sliver of originality. I don’t think there is a whole lot of difference between our first demo and now and in a way that is the point. Our sound has always been built on a few simple ideas. We want it to be fun to play, fun to see live, distorted and fat-free.

Q: You've released material digitally and on cassette in the past, what is it about this collection that made you wanna put it on wax?
A: The goal is always to press a record, but due to cost and timing, it's super impractical for bands that are working on a small scale and self-releasing. We just got lucky and made some decent money playing shows, and decided to blow it all on vinyl.

Q: You recorded the songs at Attic Dweller studios. What kind of studio is it? The band sounds very live, like you're just thrashing it out in the room. Was it all that spontaneous or was this a more meticulous production than it seems?
A: Our sound on this record was a deliberate challenge to both the engineer and ourselves -- the songs are all done in one or two takes live, but the original vocal tracks had to be tossed for technical reasons and were re-recorded a few days later. Our good friend Rishi Daftuar owns and operates Attic Dweller. He's a consummate professional and is very detail-oriented, but we talked him into doing a super raw live-in-studio type of session as a test and we were all pleasantly surprised with the results! For our band, the studio isn't a place to tinker or create -- we do most of that work in our practice space. The studio is a place to capture our sound, and we think this record really nails it.

Q: What is the best environment to see Human Skull play?
A: Small rock clubs that still smell like cigarettes somehow.

Human Skull celebrates the release of "Take a Lifetime" with a free concert at Ziggy's, 206 W. Michigan Ave., Ypsilanti, on Friday, July 19. Free. Doors at 8 pm and Loose Koozies open.