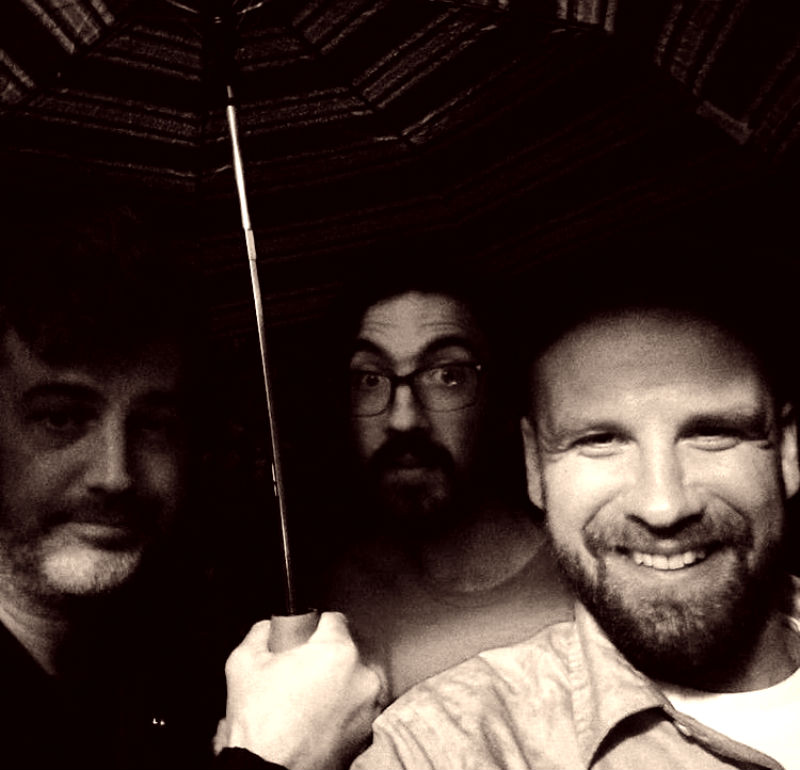 There’s some irony in the name of the Ypsilanti band False Figures. Taken from a line in one of their songs, “Red Herring,” the name refers to fake idols.

But False Figures’ sound is anything but fake. The band is low-fi and low-profile (their social media presence is limited), creating a soulful, warm sort of Americana music that sounds like it might be played by friends around a campfire.

The core band has mostly consisted of Jim Cherewick, vocals, guitar, harmonica, and violin; Joel Parkkila, vocals, guitar and more; and Jason Lymangrover, bass and guitar. More recently, Stefan Krstovic has joined the band as the regular drummer. All the members have experience in other local bands including Human Skull, Best Exes, Congress, and Hydropark.

Their self-titled debut album is an accessible, engaging listen. The no-frills sound is well suited to the songs, which tend to be short and to the point -- one highlight on the album, “Matchbox,” gets the job done in just over a minute and a half. There’s a thoughtfulness to the lyrics, though, especially in songs like “Stay On” and “Out of Time.”

A second album is already in the works. And although the band has been primarily a studio project, they will play a live date at Ziggy’s in Ypsilanti on Wednesday, August 28 with Simon Joyner, Raw Honey, and Idle Ray. The show is being produced by Fred Thomas' Life Like Tapes.

The band recently agreed to answer a few questions via email.

Q: How did the band first get together?
A: Jim and Joel became neighbors while Jason was working at the closest bar.

Q: Who in the band writes the songs? How would you describe your songwriting process?
A: Joel, Jim, and Jason write the songs. The songs start small and we collaborate until they become something we can all agree on. We are not ones for beating around the bush, so things are handled bluntly, quickly and in the end carefully. We also like to keep the recording process loose and full of mistakes/irrelevant noises/jargon. We do things quickly while enjoying ourselves.

Q: You don’t seem to have much social media presence -- is that a conscious choice?
A: We have an Instagram but no Facebook. We've been mainly a recording project up until now so we'll see...

Q: You’re already working on a second album. Is the sound similar to the first? Any major changes in direction?
A: First off, Jason has two of his own songs on this record. We don't know the title yet. It's 10 tracks and we have more guest musicians than we did on the first album. Stefan has also officially joined as our drummer. Expect this one to have more humdingers.