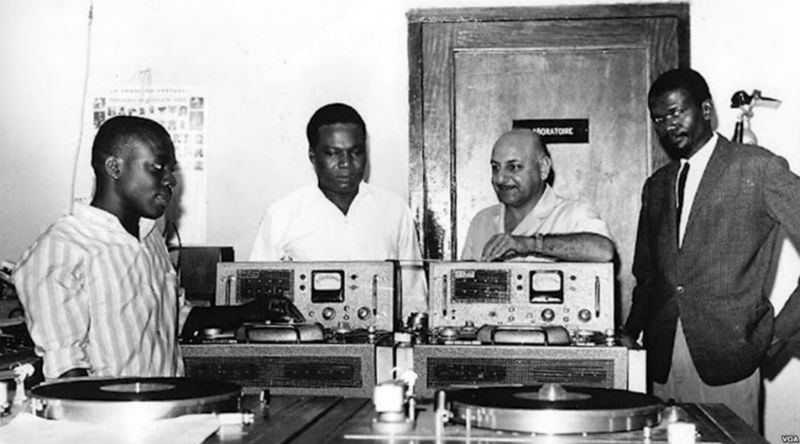 The Leo and Mary Sarkisian Collection at the University of Michigan contains a rich variety of artifacts from the longtime Voice of America broadcaster, whose creation, Music Time in Africa, is the longest-running English language radio program that broadcasts throughout Africa. There are audio recordings and documents from the Leo Sarkisian Library (on loan from Voice of America), as well as personal papers and musical instruments donated by the couple.

But the latest addition came not from Leo and Mary, who died in 2018 and 2019, respectively.

According to a story written for the U-M Arts & Culture site, the current Music Time in Africa host -- and Michigan alumna -- Heather Maxwell let the Sarkisian Collection team know sundry tapes and scripts for old MTIA shows dating back to the mid-1960s were about to be boxed up and shipped to VOA's storage facility: salt mines in Western Pennsylvania. Knowing that if these items were sent to a cave, they'd essentially be inaccessible, Paul Conway, a U-M School of Information professor, and Kelly Askew, U-M professor of anthropology and Afroamerican and African studies, sprang into action.

Conway and Askew initially sought funding to digitize 30 Music Time in Africa shows, but once they saw how extensive and well-preserved the collection was, the duo boosted their target to 900 programs. The Sarkisian Collection team is digitizing 10,000 reel-to-reel tapes, cassettes, and vinyl records -- as well as original scripts, scrapbooks, letters, etc. -- and the first batch of these preservation efforts are online at the Music Time in Africa website. 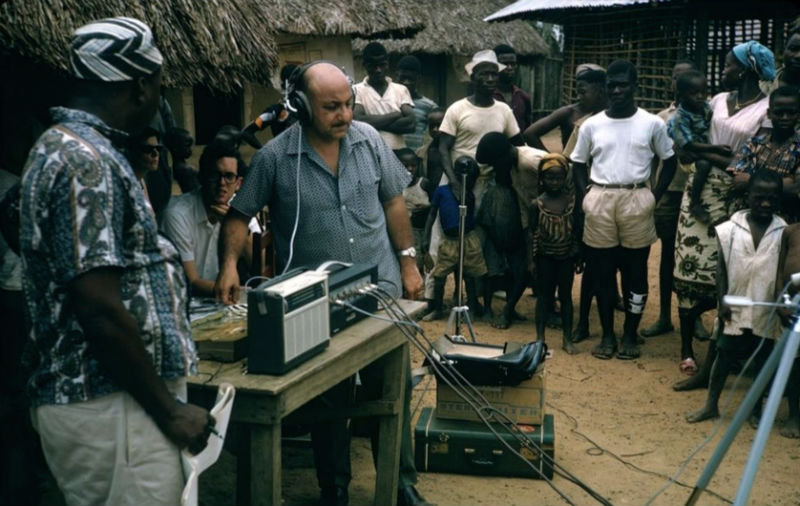 The earliest broadcast available to listen to is October 30, 1966, but there are scripts posted for the August 7 and September 11 shows for that year. Scripts can be read through November 24, 1996, but the last broadcast you can listen to is from March 4, 1990 -- unless you have a University of Michigan login. I don't have one, but it appears U-M folks can access the "full set digital files" the Sarkisian Collection crew has worked on, including many broadcasts not publicly available yet.

The Sarkisian Collection will also eventually feature African field recordings Leo made and the Sterns Collection houses 39 African and South Asian instruments donated by the Sarkisians.

Regarding digital streams of the current Music Time in Africa program, its website has a "coming soon" sign posted, but excerpts from the programs -- interviews with African superstars like Salif Keita and live performances hailing throughout the continent -- are available on the show's YouTube page.

Below are some images and videos highlighting the Music Time in Africa archives: 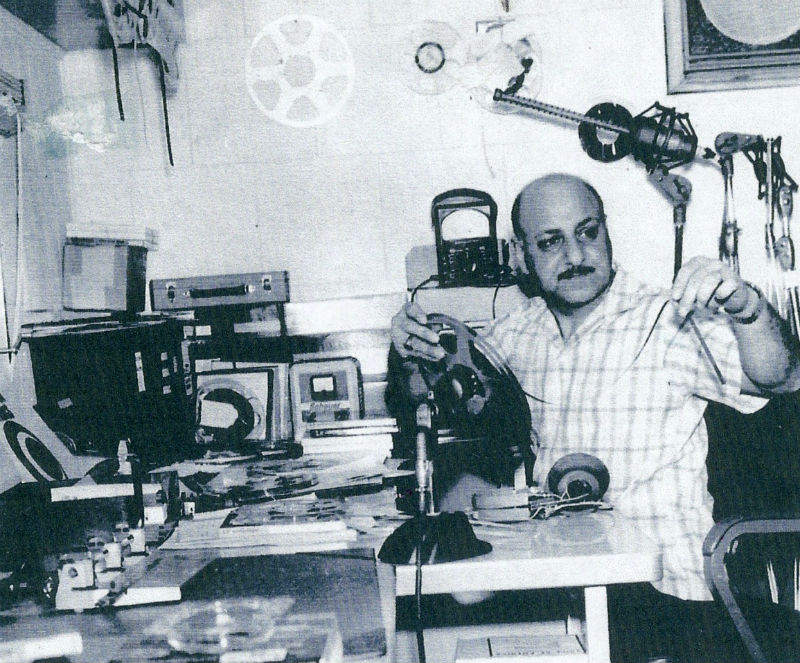 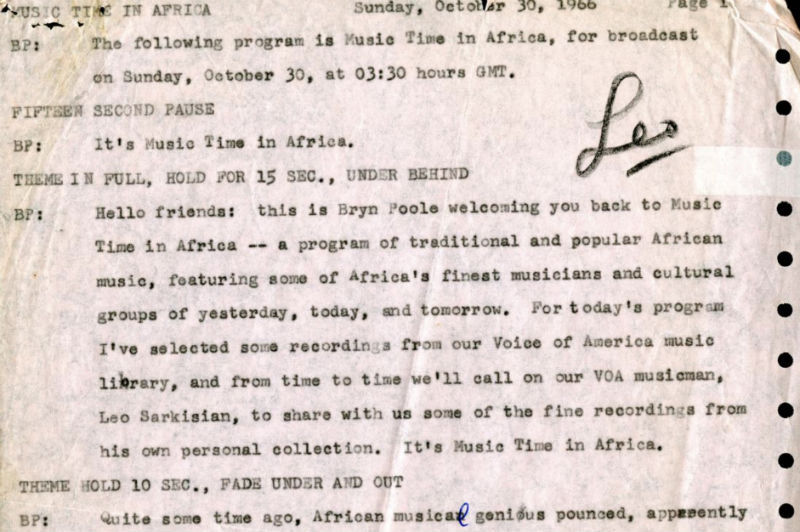 A screenshot of the Music Time in Africa archive's interface for accessing scripts and playing broadcasts.