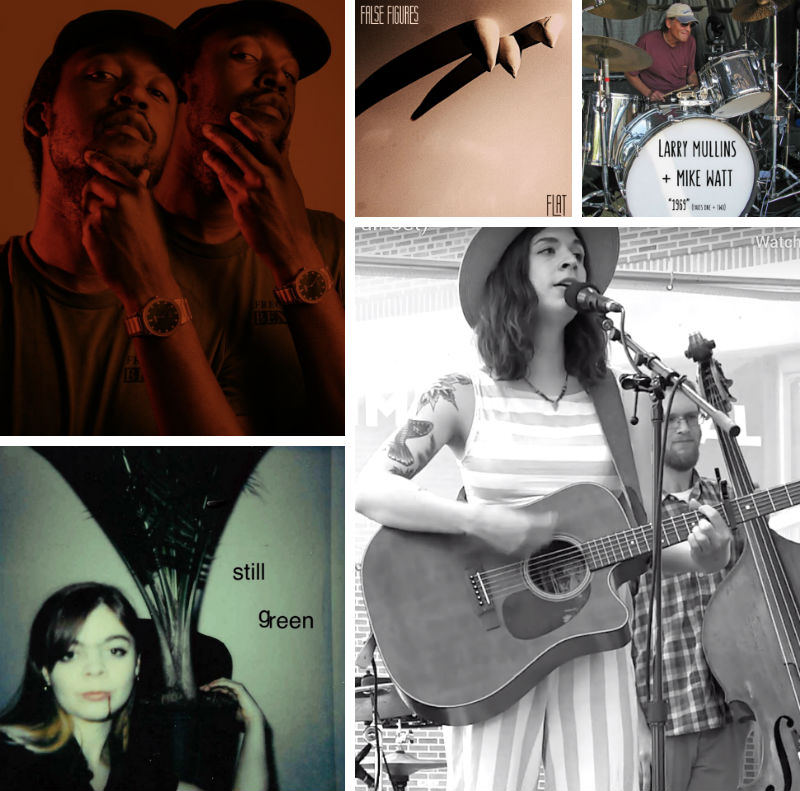 ➥ Ypsilanti rapper Louis Picasso is known for his live shows featuring a full band, The Gallery, and his tunes usually reflect this ensemble approach to making music. But for Picasso's new single, "I'm Not Sorry," he teams with Ann Arbor producer Brooklyn Beatz for a trap-influenced, studio-crafted song that shows off a bit of the rapper's singing voice during the chorus.

➥ ZZAVA and False Figures also hail from Ypsi and both groups play variations of flannel-wrapped indie rock, with the former upping the noise and tempo compared to the latter's twangier, more laconic leanings. Both bands have fine second albums out now -- ZZAVA's Casual Crisis and False Figures' Flat -- and fans of guitar-based songcraft will find much to enjoy.

➥ On the softer side of guitar-pop, Joanna and the Jaywalkers have had a quiet fall after a busy summer. Led by singer-songwriter Joanna Ransdell, the fluid group has absorbed some new musicians this autumn as others have moved on, and the new crew is working on a follow-up album to 2018's The Open Sea Before Me. But you can check out the summer version of the Jaywalkers in a 45-minute concert taped June 19, 2019, at the Ann Arbor Summer Festival by Dave TV's Zone. (In fact, Dave & Co. have recorded a LOT Summer Fest concerts over the past six years; check it out.)

➥ Rounding out this round of releases is a 7-inch that came out on 2019 RSD Black Friday: Larry Mullins + Mike Watt, "1969" (Parts I and II): A Tribute to Scott Asheton. Asheton was The Stooges' powerhouse drummer whose essential skins-smashing is sometimes overlooked because of his brother Ron's killer guitar and bass work -- or that Iggy guy's mean-mugging on the mic. "1969" is a Bo Diddley-fueled jam from The Stooges' self-titled debut, and I'm sure Mullins and Watt kill it on their version -- I just can't find the audio since it's a RSD exclusive. (Check with Encore Records, Underground Sounds, and Wazoo Records to see if they have copies). Mullins is not the U2 guy, but a frequent drummer for Swans, The Residents, Iggy Pop, and others. And Watt was the legendary bassist for The Minutemen who was not only a member of the reunited version of The Stooges, but a frequent performer on tribute concerts to the band, including the 2018 70th birthday bash to Ron Asheton at The Blind Pig. So, until we can find audio of the "1969" 7-inch -- or procure a vinyl copy -- check out the original version of the song set to live footage of The Stooges from the same year.