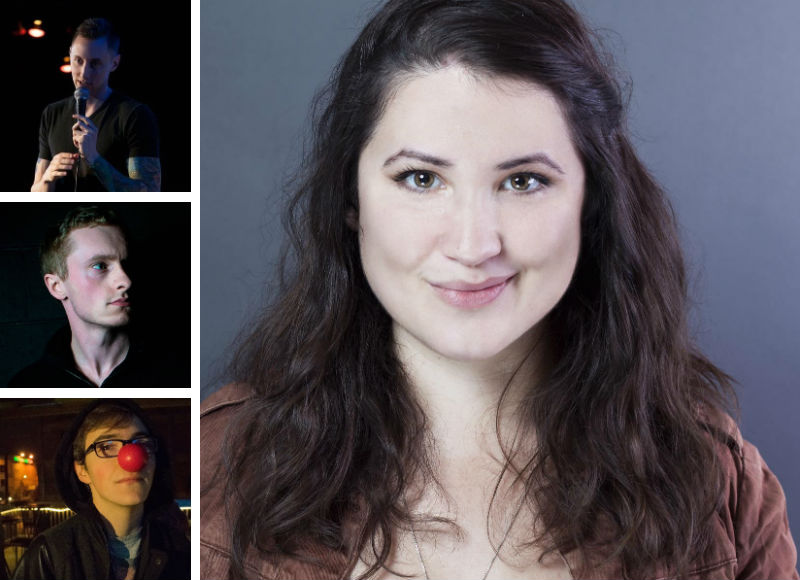 The first show had an audience “that was just so incredibly supportive,” Hayden recalls. “And I think the performers really appreciated that there were 29 other women on the stage with them … some said that they didn’t realize that the scene had gotten so full and they were able to meet new women stands up that they hadn’t known before.”

Having a night of all women performers is “important so as to not have too much of the same thing," Hayden says. "When it’s straight white guy after straight white guy -- it’s not that they are not funny. They are. But it’s the same people talking about the same stuff. As they say, variety is truly the spice of life.”

Audiences can expect rapid-fire jokes from the comedians, as well as short sets by the judges and the winner from the last show. “These comedians have 90 seconds to prove themselves," Hayden says, "so they are going to bring it. No filler in this show -- just jokes. I call it sensory overload in the best way."

This show’s judges include Sam Rager, who Hayden calls a “one of the most beloved comics in Michigan and who just put out her first album on [streaming services], called Trigger Warning. We also have Reese Leonard, who is the featured performer this weekend at the club. The closer is Jacob Barr, the top vote-getter from our October show.”

The first female-only Comedy Rumble broke the attendance record for the series, and they hope to break it again on December 18.

“With this kind of show, you don’t have time to get sick of any one comedian because in less than two minutes another comedian is on the stage," Hayden says. "There’s no other place where someone can have such crazy comedy experience and see so many people at once place at one time. You won’t see this anywhere else.”