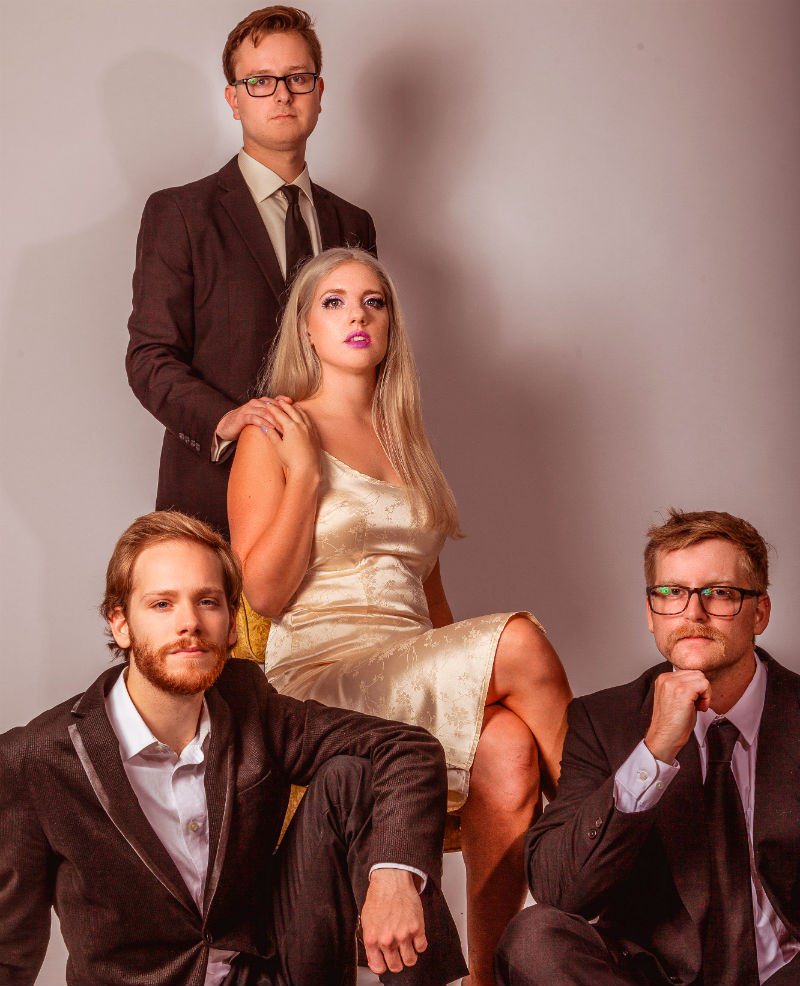 That thematic and sonic cohesion starts with the heartfelt opening track, “Crazy Girl,” which features Steinbacher singing about the emotional upheaval of a disintegrating relationship: “Suddenly, I’m one of those crazy girls / Yes, you got a hold of me / I dread the nights when you’re out late / Can’t trust a single thing you say.” Humming, sporadic synths, thick-tone guitars, and pulsating drumbeats echo that increasing anxiety.

The enchanting ballad “Hit and Run,” another standout track, features Steinbacher addressing unexpected isolation after a romantic abandonment: “It’s all too familiar, the words you say / It’s all too clear that you won’t stay / I know what you’re doing, I know you’ll leave / And you’re taking all of me.”

“Jacqueline has always been inspired by our music and wanted to create something to it," said Steinbacher, who co-directed the video with her sister and also served as cinematographer. "She had been working on it for a few months, and last April we filmed it in Grand Rapids at our friend’s house. It was a crazy night, though, because we wanted it to be dark outside and we didn’t start filming until midnight."

Beach Daisy also visits the EP’s overarching theme of loneliness on “Drifter,” a poignant track about finding the right path in life: “Can’t seem to get it right while they seem to do it overnight / Always feeling far behind, so tired of looking at everyone around me,” Steinbacher sings. A sweet symphony of vintage organ, high-tone guitars, and steady drumbeats beautifully merge with her soaring vocals.

“We’ve been wanting to do a live video in general, but that’s what pushed it," Steinbacher said. "I ended up rearranging a lot of things, and we did it in less than a week. Taylor and Tim were super cool about squeezing in the editing."

The EP climaxes in the powerful closer, “Something More,” which chronicles an excruciating lifelong journey to overcome pain and isolation with Moorhaus singing, “Open your eyes for another day, the world chases us around, and no one can get away / We got our drugs and drinks and TV, and it all feels right / Just looking forward to the afterlife.”

“It starts off with those same kinds of feelings of being bogged down with life and being lonely," Moorhaus said, "but then there’s the second half of the song with a response of ‘I’m not gonna give up’ and that search for meaning that drives you and makes you want to go on."

Five years ago, Beach Daisy started as an Ann Arbor indie-folk duo featuring Moorhaus and Steinbacher. They met while attending Eastern Michigan University and discovered a mutual love of songwriting. After performing in coffeehouses and other local venues, Beach Daisy evolved into a full band with Sams and Walsh.

With a full lineup intact, the band fused pop, rock, and folk influences to form a style filled with rich harmonies and introspective lyrics. In 2018, Beach Daisy released its striking, uptempo debut single, “Tricky Tricky Tricks,” followed by the indie folk-rocker, “Sell My Soul,” a year later. The band teamed up with Jake Rye of Social Recording Company to record its debut tracks as well as Something They Can’t Take Away.

“I really wanted to get music on the internet," Steinbacher said. "That was a huge goal of mine, and then when we found Jake Rye of Social Recording through Michigander. ‘Tricky Tricky Tricks’ was the first song we did with him and we felt super proud of it."

“We’ve been thinking a lot about what direction we want to go in and experimenting a little bit. I’ve been trying to branch out with my synth parts and be a little more creative with that,” Steinbacher said. “I wanna record a collection of singles and then release them, not all together necessarily, maybe like once a month. We’re trying to develop a vision for that with some of the new stuff we’re writing.”