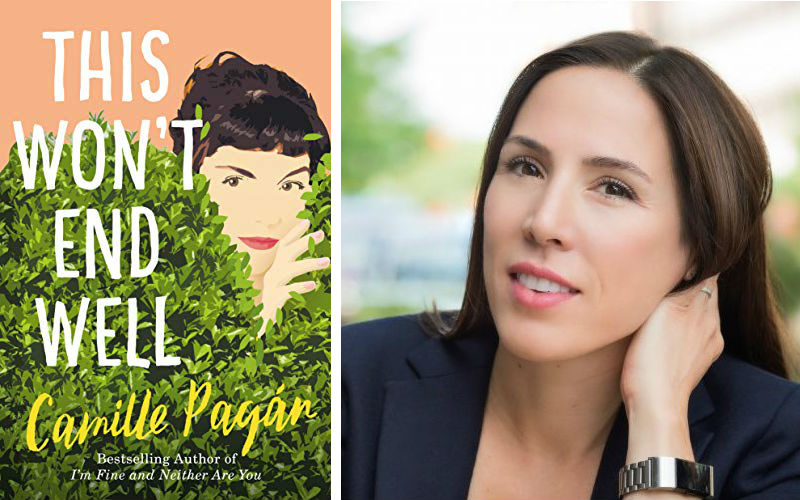 “Annie is a highly rational, analytical person, whereas most of my other protagonists have operated on a more emotional basis. Initially, it appears that Annie’s rational, data-based way of looking at the world is mostly owing to her chemistry career and interest in science; only later in the book does the reader learn that it’s also a coping mechanism,” said Pagán. “Annie came to me fully formed, along with this story idea. All of my books have been character-based, in that there really isn’t a story until I know exactly who I’m writing about.”

The plot has Jon, Annie’s fiancé, leaving her to find himself and he heads for Paris. Confused, angered, and hurt, Annie vows not to let anyone else get close to her, putting up walls. Her plan works well until her new neighbor, a woman named Harper, moves in next door.

There’s something about Harper that makes her too interesting for Annie to ignore. Furthermore, Annie discovers Harper may be in danger -- an amateur detective named Mo is on to Harper. Soon thereafter, she gets to know them both and she drops her guard. The moment she does that, Jon returns and wants Annie to come with him to Paris.

“[Harper] was so fun to write; on the surface, she seems carefree to the point of being vapid, but later reveals something [in this] surprising and unexpected way she ended up behaving the way she does, and becoming Annie’s neighbor,” said Pagán.

The author wouldn’t talk about why Mo is investigating Harper.

“I can’t actually answer that without giving away the plot twist!” she said. “What I can say is that he tells Annie that he’s doing it for Harper’s protection.”

This Won’t End Well is written in the epistolary format.

“Annie was speaking directly to her fiancé, Jon, when she says [the first line in the book], and so it made sense to me to continue in the same vein,” said Pagán. “Also, I’d never attempted to write that way; as a novelist, I’m always looking for a new challenge, and I welcomed the opportunity to try to craft a fast-moving plot filled with emotion in a new-to-me format.”

Told in a series of texts, emails, and diary entries, Pagán said writing the book as an epistolary narrative was a big challenge, but she believed it was the best way to convey the story. But Pagán confessed she was nervous about what her editor and her readers would think since it’s a departure from her traditional narrative format of writing.

“When it comes down to it, you have to go with your gut. I really love this one, and all I can do is hope that readers do, too,” said Pagán. “I’ve loved all of my books, but that doesn’t mean they were easy to write. But occasionally a book is just a joy to write from start to finish. This Won’t End Well was one of the few.”

Pagán also spoke about the latest news regarding the movie adaptation of her novel Life and Other Near-Death Experiences, which has Oscar nominee Jessica Chastain (Zero Dark Thirty) connected to it.

Currently, Pagán is hard at work on the untitled sequel to Life and Other Near-Death Experiences, which is slated for publication in 2021 and will again follow the protagonist, Libby.

“I never thought I’d write a sequel, but my family and I often spend summers in Puerto Rico, where my husband was born and raised,” she said. “While we were there last summer, we spent some time in Vieques, where Life is set, and one afternoon during a storm I had a flash of inspiration and realized I wasn’t done with Libby just yet.”