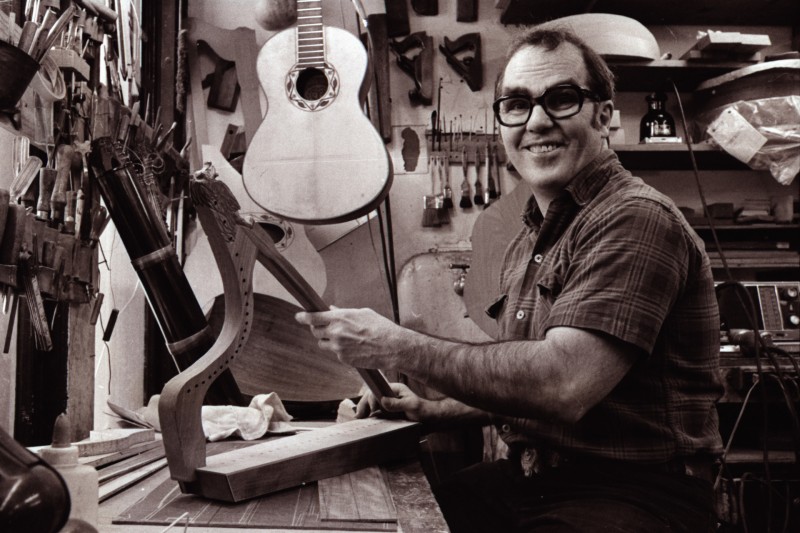 On Their Way - Local instrument maker Herb David (above) proudly shows the ornate harp he created over a three-year period. David and his harp are on their way to the Smithsonian, which has selected the harp for a year-long show of musical instruments by American instrument makers. News photos by Larry E. Wright. Published in Ann Arbor News, January 29, 1978.

On July 26, David Siglin, the former director of The Ark, announced on his Facebook page the death of legendary Ann Arbor luthier Herb David:

I am very sad to report that Herb David died last night. Herbie was one of a kind, unique in every way. He was a very important influence on me and my love for folk music. I feel strongly that, if not for Herb and Herb David Guitar Studios, The Ark would have come and gone in the late 1960s or early 70s. But more than anything, he was a dear friend and I'm going to miss him greatly.

Originally from Chicago, David learned his trade at age 25 from a Detroit shoemaker named Sarkis "Sam" Varjebedian, who also repaired stringed instruments in his shop. They met because David had taken his own guitar there for repair. When Varjebedian died, David bought his tools, some of which were more than 300 years old and passed down generations in the family. Remarkably, David grew up playing the trumpet and never touched a guitar until a fellow soldier gave him a few lessons in the Army, which he enlisted in after graduating from Michigan State University.

According to this 1963 "local man" article in The Ann Arbor News, David left his career as a research psychologist at Henry Ford Hospital in Detroit at the age of 30 to begin his career as a luthier. David told the News:

The late Glen Hilge, an Ann Arbor music teacher, taught me how to play and make guitars and we had planned to go into business together. After his death his wife gave me his guitar, and this as well as my love for music influenced me in setting up shop.

Opening in 1962, David's first shop was upstairs at 209 S. State St. -- now a CVS Pharmacy -- before moving to the familiar house at 302 E. Liberty St. in 1982. The Liberty location opened on Valentine's Day and the three-floor, turn-of-the-century house allowed David to expand the studio's offerings, including more lessons, workshops, and stocked stringed instruments. It was also a comfy space for Piccolo, David's dog, to spend his days among the customers. In 1997, David added an addition to the back of the house, reportedly doubling the size of usable space for the shop.

The Herb David Guitar Studio's last day of business to the public was March 13, 2013, but for 51 years before that the public could purchase his handcrafted guitars, dulcimers, harps, flutes, zithers, hurdy-gurdies, hammered dulcimers, lutes, lyres, lyras, banjos, bouzoukis, balalaikas, and more, as well as take lessons there. Famous clients included Ted Nugent and Bob Seger.

In addition to the work he did inside his shop, David was just as passionate about spreading his love of music outside the studio. In 1996, he booked the Liberty Plazures series, which was a combination battle of the bands/musician contests/drum circles/ballroom dancing, as an outgrowth of working with the Ann Arbor police task force on gangs and Mayor Ingrid B. Sheldon's committee for rec and education. He was also a part of 2004's Magic Carpet Mornings, which brought family-friendly music to Liberty Plaza.

In a January 5, 1997 article in The Ann Arbor News, Siglin, who also worked at David's studio in the 1970s, described his friend:

Herb is unique. He's on his own wavelength. I don't think there's anybody else in town like Herb ... He's a master of his own territory, I'll tell you. He enjoys what he's doing, he really does. ... He's going incredibly. The guy's going to be running marathons when he's 100. 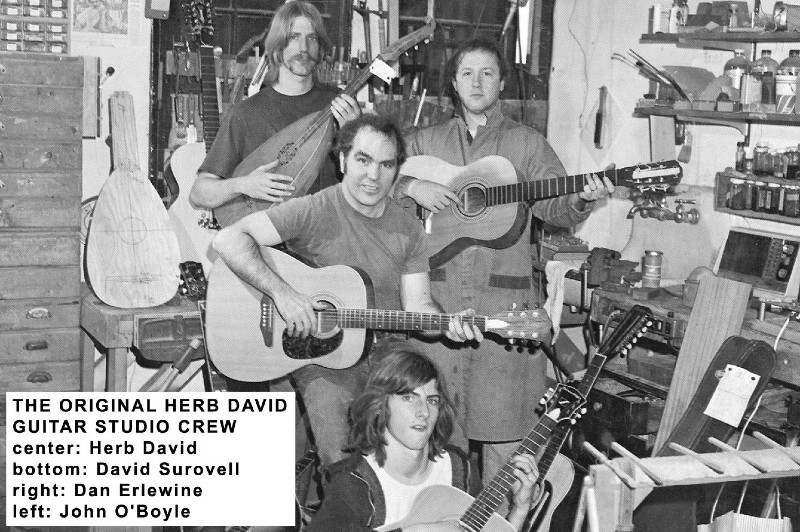 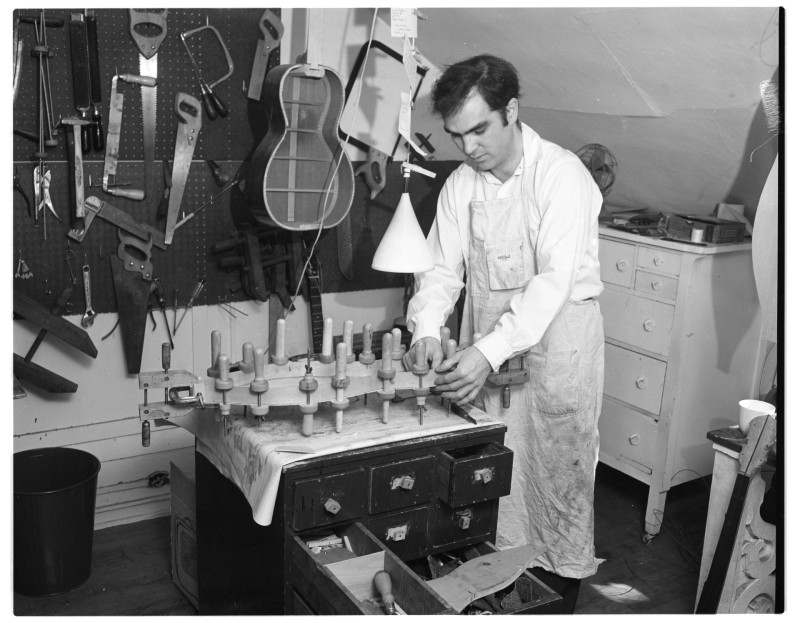 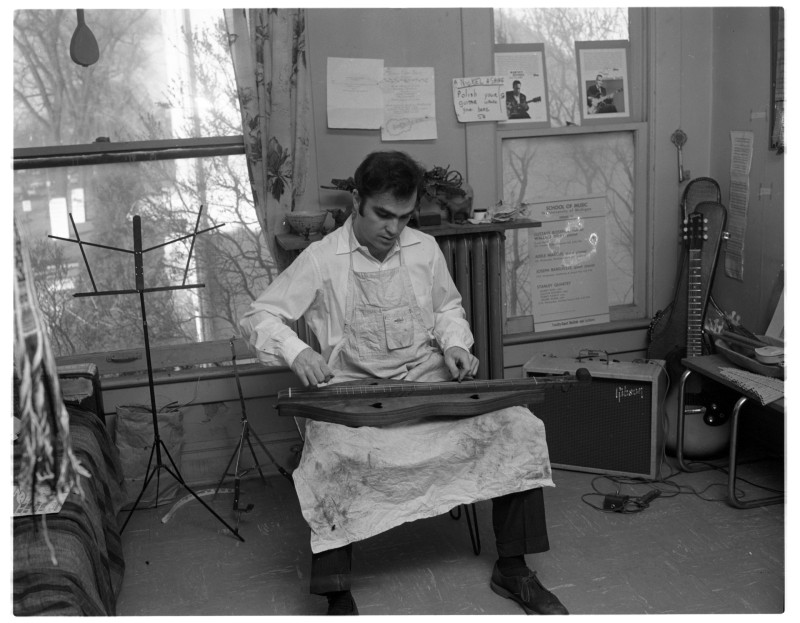 Makes Music: Former research psychologist Herb David plays an Appalachian dulcimer by using a goose quill to pluck the strings the way Americans played the instrument in years past while sitting on their porches in the mountains of the eastern United States. News photos by Larry E. Wright. Published in Ann Arbor News, March 1, 1963. 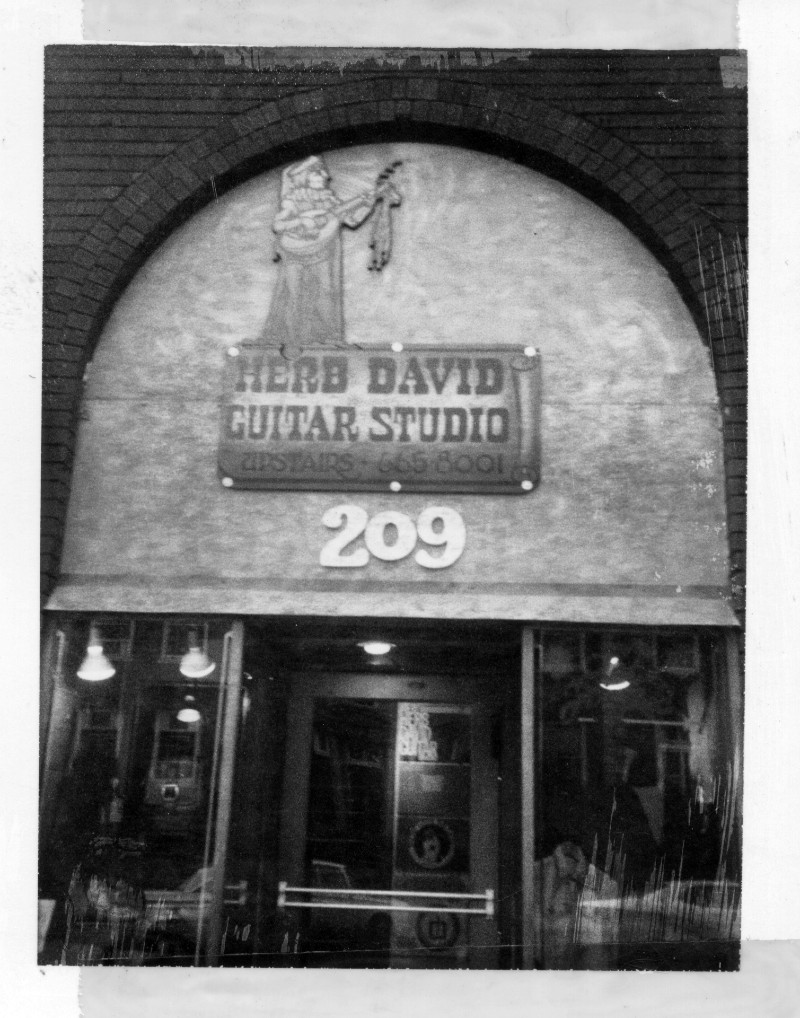 Herb David's State St. studio, 1974. From a collection of photographs taken by the Ann Arbor Sign Inspector. Mostly taken in the 1970s, the collection gives a rich picture of the businesses and goings-on in Ann Arbor 35 years ago. Here's another photo of the building showing other tenants. 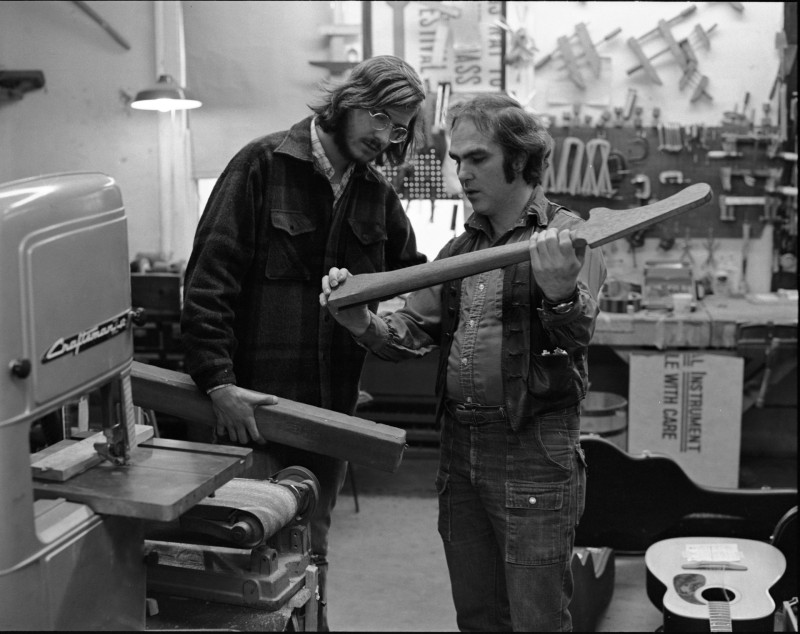 Student Bruce Bartman, left, and artisan Herb David work on the neck of a guitar. News photo by Cecil Lockard. Published in Ann Arbor News, April 29, 1973. Here's another photo of the two that didn't run in the paper. 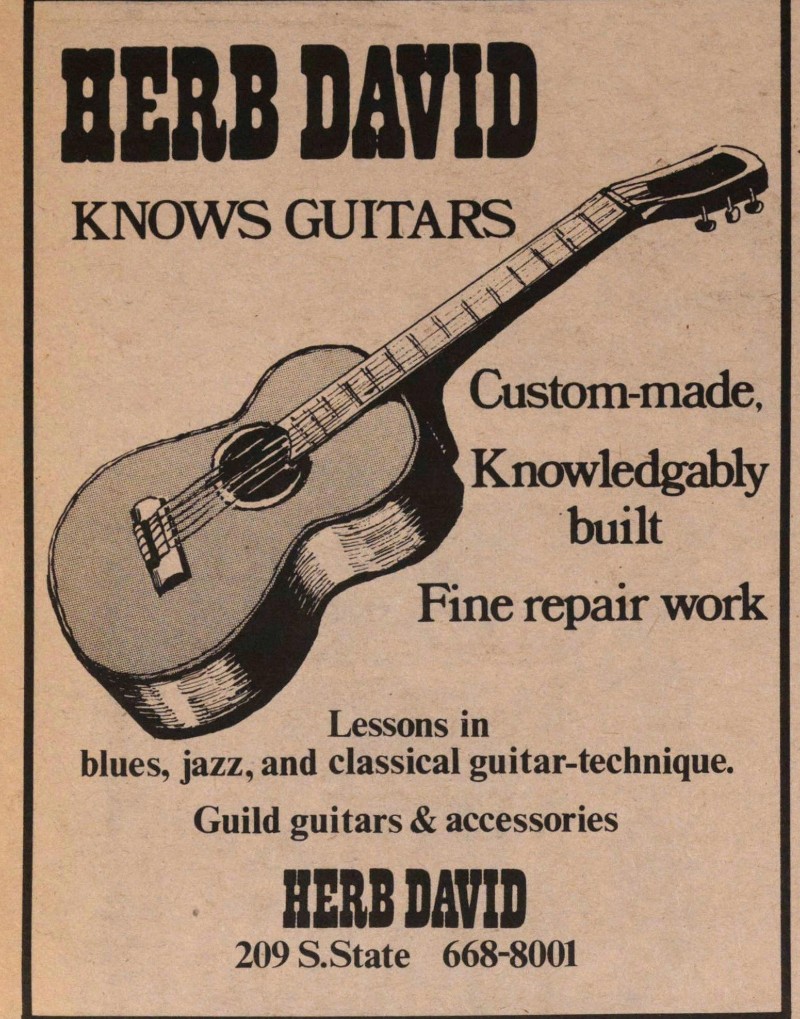 Yes, Herb was a wonderfully…

Yes, Herb was a wonderfully unique, energetic, and generous human being. He was always very encouraging and supportive of our music. Thank you, Herb. Rest in peace.
Laz Slomovits