Friday Five: Synths in the City 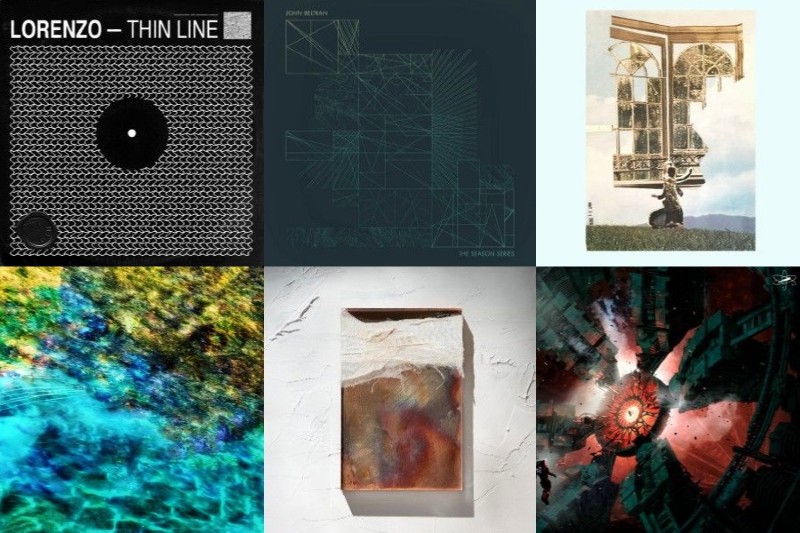 Are you a parent who just went through a week of trying to work from home while also playing IT consultant to your children as they tried to learn online?

Are you a teacher who just went through a week of teaching other children from home while also playing IT consultant to your own children as they tried to learn online?

Are you a human being who likes music made with electronics?

If you grunted in the affirmative to any of the aforementioned questions, then the five artists below have something good for you to hear.

Check out recent synth-based music by local musicians Fred Thomas, John Beltran, and Doogatron, as well as a new one from former Ann Arbor-ite Heathered Pearls, and an EP by a young German producer that came out on none/such, a burgeoning electronic-music label out of A2.

Fred Thomas, Dream Erosion (Synthesizer Songs)
Thomas is best known for his endless supply of great guitar-based songs over a career that has spanned more than two decades, but he's also made numerous recordings using electronics. His latest synth trip, Dream Erosion, evokes the fragility of Cluster's 1970s works, sounding both cosmic and child-like at the same time. Lovely stuff. There's also a limited to 100 vinyl edition of the album. (And as I was about to hit "publish" on this post, I discovered Thomas' Lifelike label just released four new tapes, many of which are also heavy on the synths.)

John Beltran, The Season Series and 2020 EP
Beltran has been releasing techno and ambient records on labels big and small for the past 30 years, and he continues to crank out jams that can alternately fill the dance floor or your bedroom. Fill your bedroom with sweet sounds, that is; the number of people in your sleep chamber is entirely up to you. The Season Series album will take you to the spa after you're done sweating out toxins strutting to the 2020 EP, especially the banging closer, "Tiger (Detroit)."

Doogatron featuring East of Awake, "Mutable"
This Ypsi group has been pushing out strange mutant disco singles throughout 2020, and the Vocoder-ized "Mutable" is another fine addition to the band's discog.

Lorenzo, Thin Line EP
If I didn't tell you Lorenzo was a German producer, you'd know it exactly 13 seconds into the Thin Line EP's opening cut, "Drifted," when the bruising, Berlin-style techno beat drops. The EP came out on none/such, a new Ann Arbor label that debuted in June with the 12-track Compilation 001 and followed it up with the Post-Fashion EP in July by No Author, also an A2 resident.