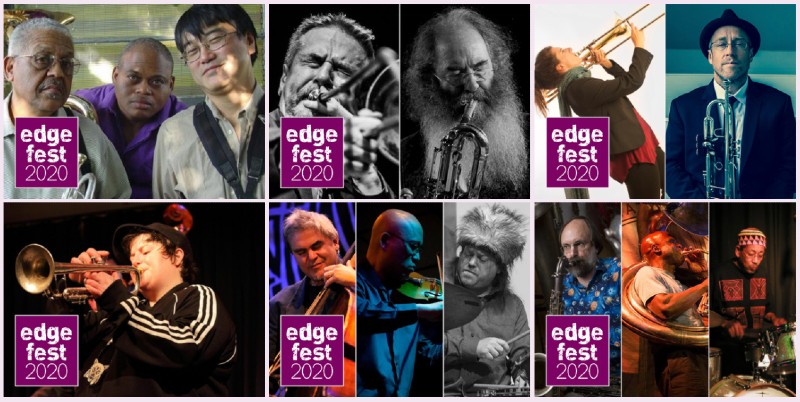 Edgefest, the annual explosion of avant-garde jazz in Ann Arbor centered on Kerrytown Concert House, was in its final planning stages when Covid-19 shut down the world. The festival was canceled soon after and it looked like Edgefest's 24th year would have been a lost one—just as 2020 has been for everyone.

But it turns out, Edgefest will happen this year—and it will last six months.

Beginning October 23 and continuing through March 26, the Edgefest virtual concert series will be a once-a-month show streamed on the Kerrytown Concert House website featuring some of the artists who were supposed to play the 24th edition of the fest, which had a brass-heavy theme.

Each concert will begin with performances by Michigan-based musicians, followed by national artists. All the concerts will be free to view but links to donate to the festival and artists will be provided.

"The local opening sets will be streamed live from the Concert House (artists from the SE Michigan area) with no live audience except the KCH staff/crew, but the national artists will stream from their location," wrote Abby Dotz, administrative liaison and events manager at Kerrytown Concert House, in an email. "We're trying to bring the atmosphere of KCH to the screen, but still respect what is safest for everyone during these times."