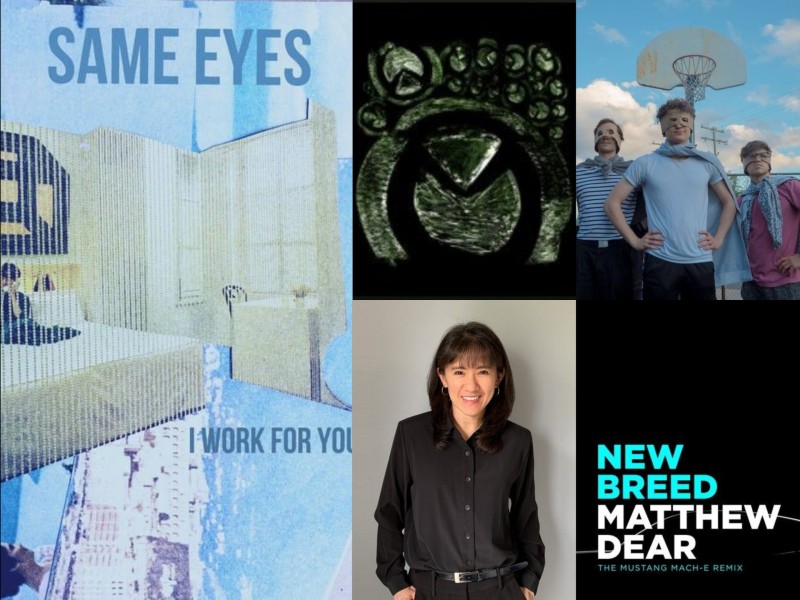 We trawled the universe and found five Ann Arbor artists with new or recent singles, albums, and compilations that you need to hear right this instant. So, put down the welding torch, slide on your headphones, and slip off into a quiet space to listen to tunes by The Kelseys, Same Eyes, Emilie Lin, Matthew Dear, and a Spotify playlist from the Michigan Electronic Music Collective (MEMCO).

The Kelseys, "Save the World"
The first Kelseys song since the departure of bassist Liam O’Toole finds the now three-piece group of U-M seniors leaning into their radio-pop side. Seriously, this band should be in regular rotation on annarbor's 107one. The Kelseys, who have favored singles and EPs and have yet to record an LP, will release a new song every month—for how long, I'm not sure—starting with "Save the World."

Michigan Electronic Music Collection's Spotify playlist
If you've enjoyed MEMCO's many mixes on Soundcloud, the group has created an ongoing one over at Spotify.

Same Eyes
A recent discovery, the Ann Arbor duo Same Eyes makes fantastic synth-pop songs that would be at home on a John Hughes soundtrack or on the NewRetroWave label. First up, the video for the A-side of the digital single "Forever" b/w "Rushcutter," released in May. Then, June's "I Work for You," the latest single from Same Eyes, followed by the duo's March 2020 debut release. (Also, allow me to sneak in a plug for another great Ann Arbor synth-pop project, the one-man band FFANGS.)

Emilie Lin, Transforming
This mini-album of New Age music by Ann Arbor pianist Emilie Lin will put you in a peaceful state of mind, but don't take my word for it: Lin is also a Ph.D. psychologist. She talks about the album in this YouTube video, and if Spotify isn't your thing, Transforming is available on a variety of services here.