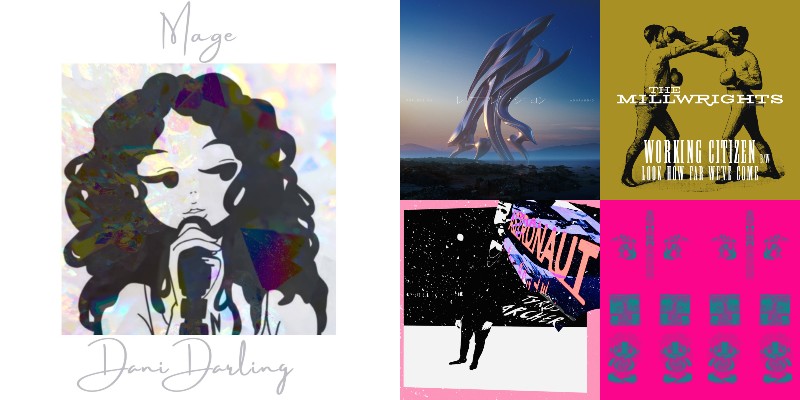 This week we feature neo-soul indie-rock from Dani Darling, a drum 'n' bass comp from the AGN7 label, power-pop from The Millwrights, chiptunes from CryptoPolitics, and hip-hop from Tyrus Archer.

Dani Darling, Mage EP
Ann Arbor's Dani Darling released a five-song EP that features three of her recent singles, including "Mage," which now has a video. Audio Femme did an interview with Darling about her bedroom indie R&B.

Various artists, Reflections compilation on AGN7 Audio + podcast
AGN7 Audio is a record label that focuses on drum 'n' bass music. Its LLC is out of Okemos, Michigan, but all the Bandcamp releases are tagged with Ypsilanti—good enough for us. I'm not sure where the artists come from, but AGN7 Audio put together a 16-track comp to encourage you to find out. Here's a thorough review of Reflections' dystopian d&b focus. The label also produces an occasional podcast mixtape.

The Millwrights, "Working Citizen" b/w "Look How Far We've Come"
The Millwrights play a modern version of 1970s British power-pop—think Nick Lowe—with horns and harmonies, and they believe in the power of unions. The musicians are from Detroit, Kalamazoo, and Ypsilanti, and the foursome say they've known each other for a long time, but this two-song single is their debut release as The Millwrights.

Tyrus Archer, Astronaut and Toothpaste EPs
Alt-hip-hop artist Tyrus Archer makes music that sounds like it could be part of Minnesota's Doomtree collective with its DIY style and indie-rap vibes, but he's from right here in Ann Arbor.