Objects of Veneration: "Sacred Hands" and other online exhibits at the University of Michigan Library 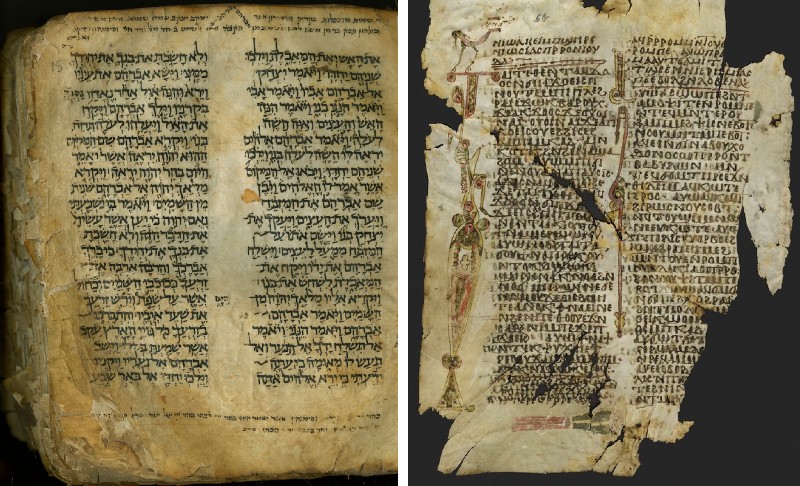 Left: This page belongs to a 10th-century manuscript of the Torah or Pentateuch. The Masorah (a set of rules of pronunciation, spelling, and intonation designed to transmit the text accurately) is written in a mashait hand (formal cursive script) and added in the margins and between the columns. Parchment, fols. 151, 210 x 180 mm.
Right: Parchment fragment. Verso. Book of Jeremiah. Sahidic Dialect. White Monastery, Sohag (Egypt), 10th century. Fragments of the same manuscript are kept in London, Manchester, Paris, and Vienna. The images of birds and fish are fairly common in these Coptic manuscripts as exemplified in the decoration accompanying the initial "T" on the left margin of this page. Parchment, 365 x 278 mm.

The introduction to Sacred Hands, a new online exhibit by the University of Michigan Library featuring ancient manuscripts for Judaism, Christianity, and Islam, sums up why objects of veneration such as these are important even if none of those religions apply to you:

It seems appropriate to use the term "sacred" to describe the hands that copied the manuscripts containing the texts of the three Abrahamic faiths: Judaism, Christianity, and Islam. However, the meaning of this word transcends the conventional limits of the religious sphere. "Sacred" can also designate what is unique, exclusive, and venerable.

Additionally, so much of our current social and philosophical climate is generated from these old texts that it's impossible to understand the present without studying the past. 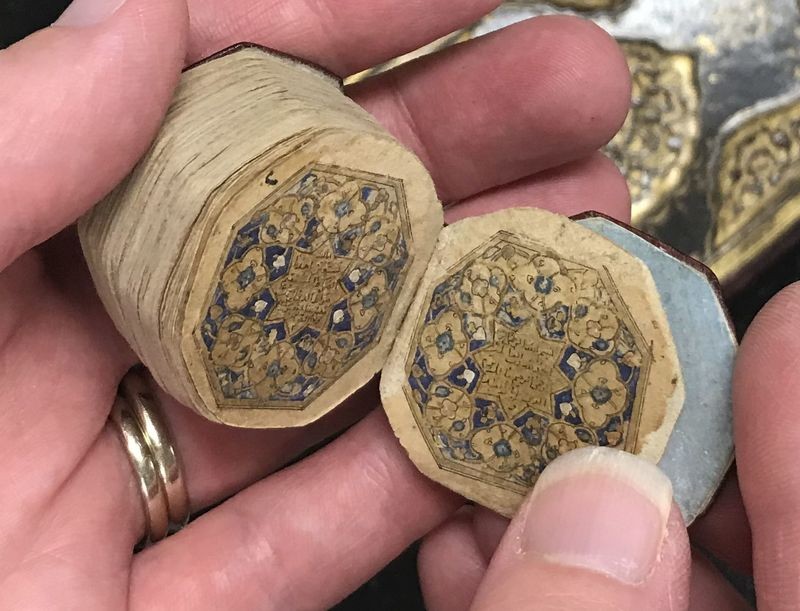 Because I don't read or write Hebrew, Greek, Coptic, Armenian, Latin, or Arabic, the words alone on these tattered pages look like art. But as shown in Coptic texts from the late sixth or early seventh century in Sacred Hands, drawn and painted art eventually makes its way onto the pages, too. Over time, these illuminated manuscripts became objets d'art unto themselves while still conveying the religious messages for which they were created. On the smaller end, Sacred Hands shows an 18th or 19th century CE miniature copy of the Qurʼān produced as a 31 x 35 mm octagon. There's also a 185 x 125 mm 12th-century Armenian manuscript that features a full-page illumination of the evangelist Mark from a book of the Four Gospels. 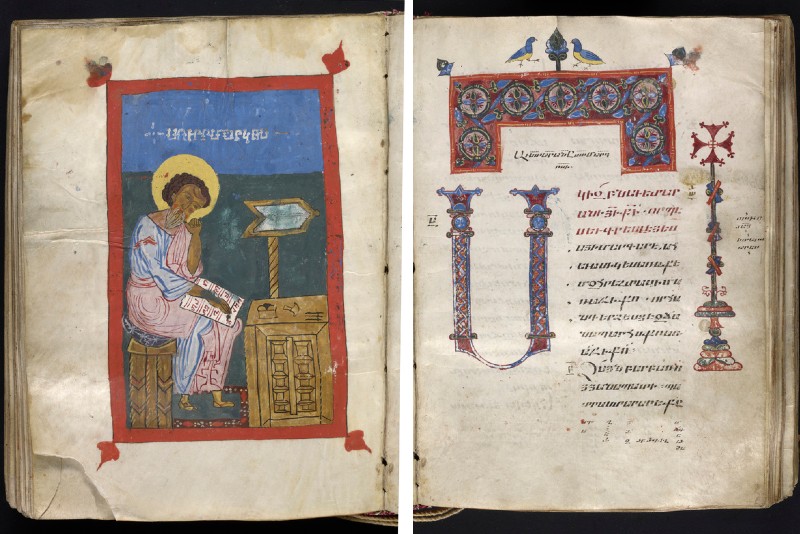 The online exhibit actually builds off one that was physically displayed in 2012 at the Hatcher Library's Audubon room, and it pairs nicely with Written Culture of Christian Egypt: Coptic Manuscripts from the University of Michigan Collection, which was in the same room from November 2018 to February 2019 and is now available online. Additionally, one of the U-M Library's earliest online exhibits, From Trace to Text: Highlights from the University of Michigan Papyrology Collection, shows how manuscripts in Sacred Hands and Written Culture of Christian Egypt are deciphered and preserved.

If you keep scrolling through the U-M Library's online exhibits, you'll find a wealth of ways to lose you days diving into a variety of subjects, including Divide & Clothe: Illustrating Fashion in Nineteenth-Century Europe, An Artful Life: The Colored Lantern Slides of Anna Caulfield McKnight, Great Native American Chiefs, Singing the Antiphonary, and The Many Hats of Robert Altman: A Life in Cinema to name but a few.

"Sacred Hands" is divided into the following categories: