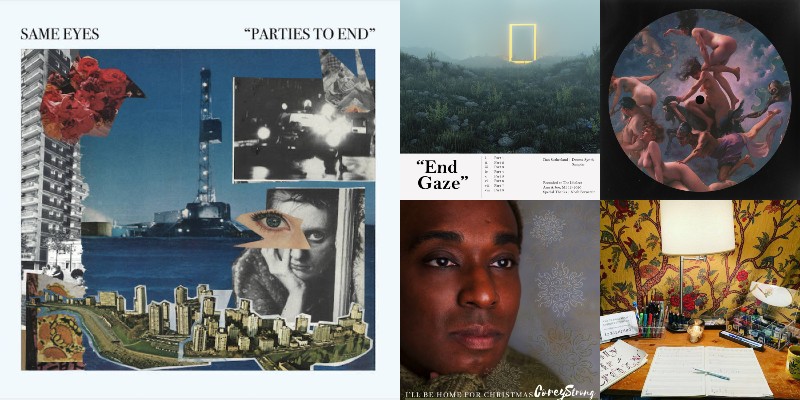 This week it's an all Ann Arbor special featuring synths from Same Eyes, Jack Withers, and Dan Sutherland, seasonal music from Corey Strong, and folk from Zettell.

Same Eyes, "New Wage"
The latest single from this Ann Arbor synth-wave duo's debut album, which can be pre-ordered now and will be released on January 22.

Dan Sutherland, End Gaze
There are eight low-key, quirky tracks on this album, but they're all part of a live 25-minute performance by this Ann Arbor artist playing synths, drums, and sampler at the same time.

Corey Strong, "I’ll Be Home for Christmas"
This Ann Arbor inspirational singer puts his spin on the holiday standard.