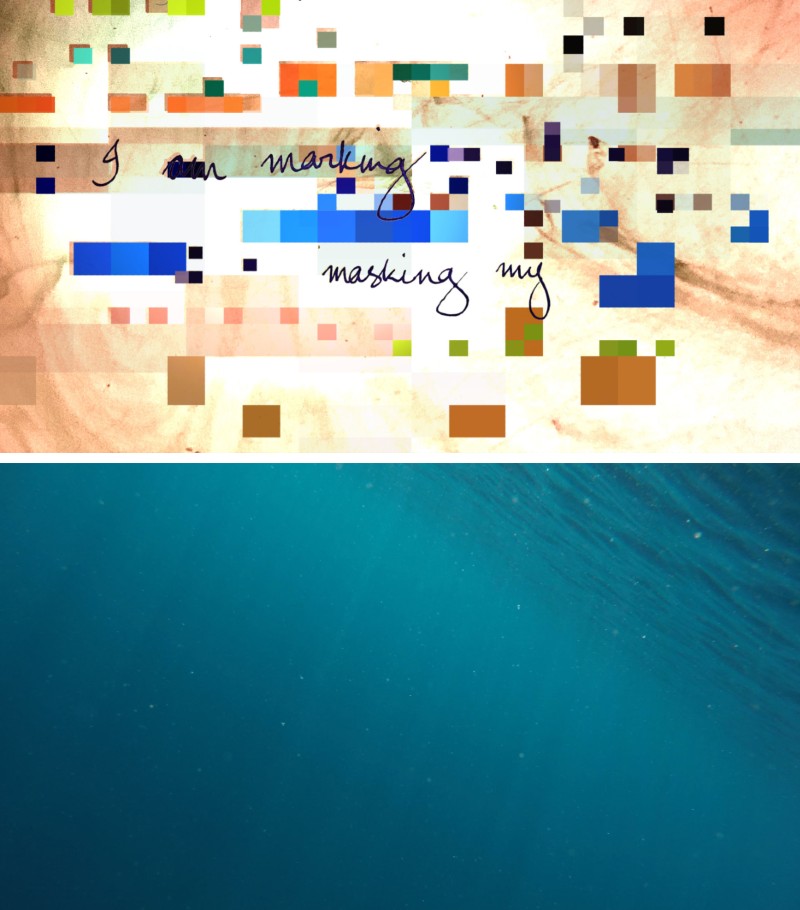 On December 1, Raqs Media Collective premiered two new videos as part of an ongoing project titled The Pandemic Circle. This three-part series, curated by STAMPS Gallery’s Srimoyee Mitra, was commissioned by the University of Michigan Stamps Gallery and the Penny W. Stamps School of Art & Design as part of EXPO CHICAGO’s online adaptation of its previously in-person discussions and events series. The focus this time is on ways in which those working within the arts are changing and adapting their practices to continue making and sharing art amid the pandemic.

The virtual exhibition includes three short films that explore themes of time, space, and routine, and, more. As described on the exhibition page, the works “grapple with the pervasive and dispersed impact on daily routines and relationships with one another, and beyond, in the age of the Coronavirus." The two new videos are paired with 31 Days, created earlier this summer, three months after the pandemic ushered in sweeping quarantines across the globe and changing the flow of daily life. The follow-up films expand upon the members of the Collective’s response to these changes, broader cultural events, and their own worlds.

On December 3, the Stamps Gallery and EXPO CHICAGO hosted a panel discussion with Gunalan Nadarajan, Dean of Penny W. Stamps School of Art and Design, and the members of Raws Media Collective, which was formed in 1992 by Monica Narula, Shuddhabrata Sengupta, and Jeebesh Bagchi. The group continues to create together, centered in Delhi despite challenges to their working methods presented by the pandemic. This subject was among the many discussed during the hour-long panel, from the Collective’s ability to create artworks and engage with the public in this new global landscape, to previous works made over the decades of their collaboration.

During the conversation, Narula said that prior to the pandemic the group spent hours together, in person, every day, and the videos are, in many ways, a response to this physical separation and the shift to virtual spaces. Combining the virtual with the tactile in their works, the films focus heavily on this shift both in the current moment and beyond. The act of writing is an act of, as Jeebesh Bagchi says, reinscribing yourself back into your life. Writing is integral to all three videos. The artists are each interested in the discipline of writing, the time and physical effort it takes to write in cursive on paper.

Calligraphy and writing are essential to each film. Another common thread running through the series is the use of background noise: droning sounds, static, and ambient music. This is paired with meditative repetition of visual information, including paintings, drawings, and video footage of an artist’s handwriting and making marks on paper.

The first film in The Pandemic Circle series, 31 Days, released June 1, is described as “a conversation in images, missives to selves and world, mood swings in lockdown and a share in the planet’s lucid dreams during a global pandemic.” You can watch it on the Stamps website here. The film explores themes of repetition, time, habit, nostalgia, and ephemera through interchanging frames of phrases written in calligraphy.

The exhibition text states, “31 days explore[s] the weight and ambivalence of loss through haunting repetition, things gleaned from the corner of one’s eye, and fragments seen, heard and sensed between the three members of Raqs. … 31 Days embodied a sense of timelessness, as well as making place ambiguous; a new non-place (in cyberspace) emerges as if the geographical location is irrelevant.” With only close-ups of writing-in-process to visualize, and framed by shifting, vague, pixelated images, there is no sense of location or physical space, furthered by the lack of narrative time progression. This sensation is enhanced by the shift in color used not only for the ink, but also for the nail polish that is sometimes present on the artist’s hand, and other times absent. All notions of linear time are lost.

Like the two following films, a heavy emphasis is placed on sound and the physical act of writing. The artist’s hand is juxtaposed against a shifting pixelated screen and sometimes we see two or three videos displayed at once as panels. At times, two frames show the artist’s hand diligently writing at separate times, but played simultaneously, and framed by the changing forms of abstract, pixelated images. Recognizable sounds of daily life phase in and out of the steady drone, white noise, or hum of the background. Scratching noises consistently mark the creation of calligraphy on the paper surface with a fountain pen, emphasizing the tactility of writing.

In twentyfourbyseven, themes of time and repetition are again central to the short film, which is described in the exhibition text as “Walking a tightrope between knowing and feeling in elongated pandemic days and nights. There is an awareness of the awareness of how the nervous system responds to the nervousness of this time. There is now the out-of-body sensation of looking back on each moment as it passes, twentyfourbyseven.”

Following up on visual methods used in 31 Days, this video features calligraphic text flowing across the screen as it is written. Though in this iteration, we do not see the artist’s hand doing the mechanical work of writing. Instead, the text forms onscreen like a ghostly graphic, appearing word by word, line by line, then disappearing as it reaches the top of the frame. Pixels again make a central appearance, gradually taking over lines of text and obscuring the screen with their bright patterns.

In addition to the complex background tracks present in the past two films, in the third installment of the series, a narrator reads daily observations over the waxing and waning ambient sounds. The exhibition text for Why do they call the answer to a question, a solution? says the piece “moves between lesions, joys, epiphanies, and terror. The image and voice rewire spaces left unattended by various 20th century impasses. The film reflects on exhaustion and inventiveness, love and dignity, deep pasts and faint futures, and the ruptures that modulate the share of “overcoming” and “overturning” in our individual selves, and collective life. The video enters troubled waters to search for news way to look at horizons.”

As in the first film of the series, the artist’s hand is physically present again, this time starting by painting vertical lines on a blue substrate. As the video progresses, the arm moves meditatively, painting lines from the top of the frame down, then branches into other shapes, writing calligraphy, and layering overlapping footage of the hand painting two works simultaneously.

As a whole, and as individual shorts, the series asks compelling questions about our current moment, while responding to shifts in connectedness as we shift to the virtual.

The videos and panel discussion will be available both on the EXPO CHICAGO microsite and the University of Michigan Stamps YouTube channel through January 31, 2021, though you can currently only see 31 Days as an embed on Stamps' website.