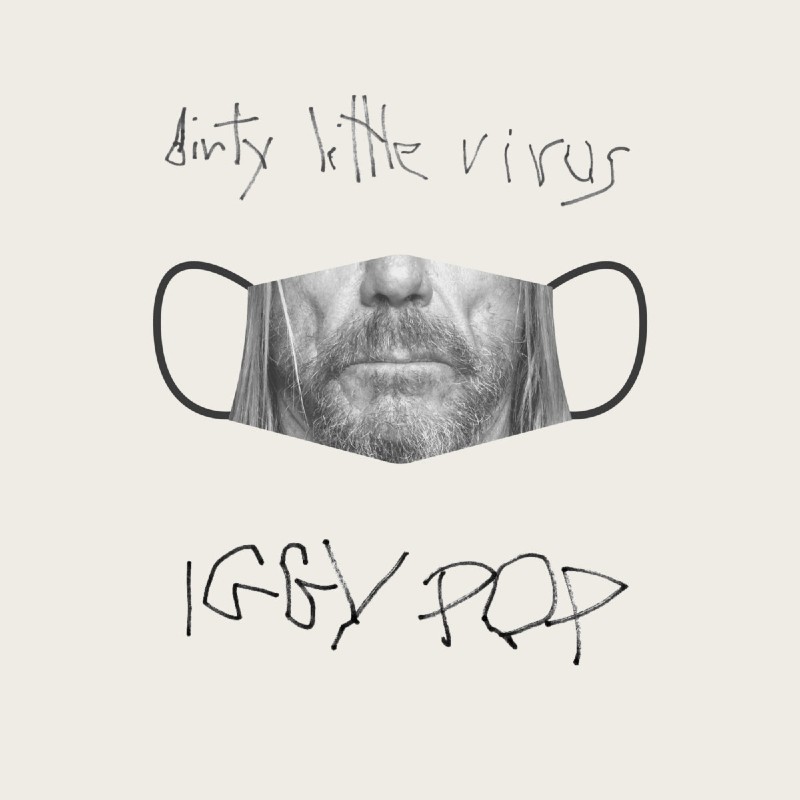 Do we expect this septuagenarian to thrill us anew with blood-streaked screeds of hedonistic self-destruction?

Confront us with dark tales of modern life’s detachment and apathy?

Or maybe just do a few more of those baffling French-language songs he likes so much?

No, we do not have the right to make demands on he who has given so much to so many. Iggy Pop has the right to sing, no matter what they say. Any time he wants. Any old time.

The brief video that accompanies “Dirty Little Virus” gives us Iggy Pop sitting amongst the palms and explaining that the Covid-19 pandemic inspired him to write a “journalistic” song, one that speaks directly to our collective frustrations without the distance of metaphor or facile finger-pointing. That’s exactly what this moody, mid-tempo rocker provides, a simple reverb-drenched guitar riff marching back and forth as Iggy croons couplets like “Covid-19 / Is on the scene” and “Grandpa is dead / We got Trump instead,” bemoaning the lost paydays and playdates of 2020 as we nod silently in recognition.

Then the trumpet solo starts, and suddenly there is no way to evaluate a thing such as this with any impartiality. All we can do is give up, accept that it’s enough to know Iggy is happy and healthy in Miami, and decide it was nice to hear from him anyway.

Fred Beldin is a writer and musician living in Ann Arbor. His work can be found at thesearetheendtimes.com.