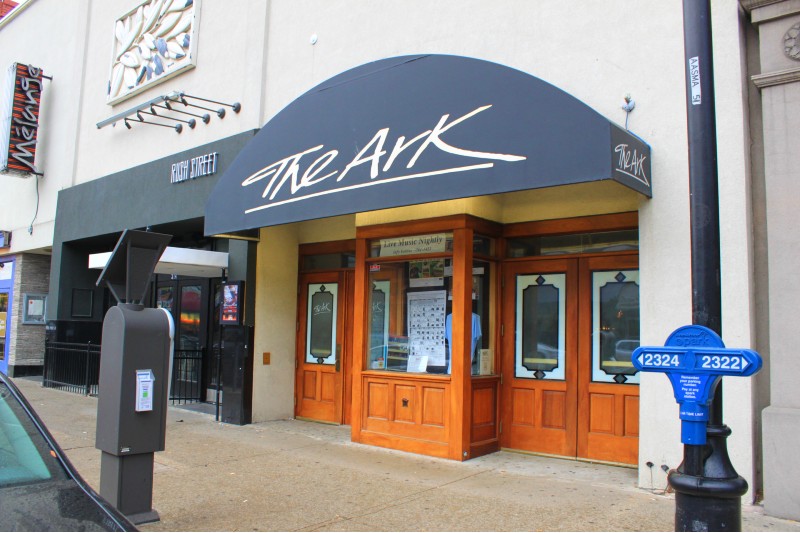 Like any town, Ann Arbor has annual events that help define the place: Art Fair, University of Michigan's first home football game, the summer closings of nearly every road in downtown due to construction.

The Ark's annual Folk Festival is an important part of that list, too, but with the Covid-19 pandemic wreaking havoc on traditions big and small, the venue was forced to take the fest virtual for the 44th edition. This year's Folk Festival happens on January 29 and 30, along with a bonus show on the 31st featuring several of the previous days' performers to celebrate the life and music of the late John Prine, an Ark regular.

Jeff Daniels will be the MC both nights.

"Remote performances have all been prerecorded by the artists," says The Ark's marketing director, Barb Chaffer Authier, "but specifically for the festival—no 'recycled' material—so only the opening set each night will be live in real time."

All performances will be viewable through February 7.

We talked with Authier about what it's been like for this historic music operation since the pandemic started and what it was like to book a virtual Folk Festival, the nonprofit's most important concert event every year.

Q: In the past, the Folk Festival has been the major fundraiser concert for The Ark. Is that the case again this year even with the virtual concert environment?
A: Yes, the Folk Fest this year is still our major fundraiser. The Festival is our signature event and tied so closely to The Ark’s identity. Considering the impact of the pandemic on the live music industry as a whole, it’s important for The Ark to still be out there delivering our mission and presenting live music to the community.

Q: I'm sure The Ark has suffered during the pandemic, but has the venue's status as a member-supported nonprofit helped in any way compared to a purely commercial business?
A: We’ve lost all of our earned revenue, but our members and donors have been generous with donated support throughout the pandemic and we are incredibly thankful for that. The Ark has been closely involved with the National Independent Venues Association since its inception at the beginning of the pandemic and with the newly formed Michigan Independent Venues and Promoters Association. As such we’ve been an active part of the Save Our Stages campaign lobbying for State and National support of the live music industry and have been working closely with our colleagues across the state on the for-profit side of the business. While most for-profit venues aren’t able to operate at all right now, thanks to the support of The Ark’s committed donor base we’ve been able to develop virtual programming and continue connecting people to music during the pandemic. Also, because The Ark in normal times relies so much on an active volunteer base to help us staff events and support the functioning of the organization, we operate with a very lean paid staff. So although we’ve had to furlough our night managers and make cuts to full-time staff hours and salaries, we haven’t had to face the massive layoffs of large numbers of employees the way most for-profit venues have.

Q: The Detroit Jazz Festival was one of the first events during the pandemic that I remember having all the artists still perform from the same venue. Did you consult with them or any other fests on the logistics, or are most of the performers playing from home?
A: Actually, almost all of our performers are doing their performances from their homes/studios/local areas. At the time when we began planning the festival we really had no idea what the situation would be for safe travel for artists to come in to Ann Arbor, or for The Ark to be able to have performers and crew inside the venue to perform from our stage, and for a wintertime festival there wasn’t going to be an option to hold the event outside. We knew we wanted to have at least one performance each night of the festival to come live from the club, if safe to do so, so we reached out to Michigan-based artists The Accidentals and The RFD Boys to take up that roll. The performances by those two bands will be the only sets actually taking place inside The Ark. We did quite a bit of consulting with the Philadelphia Folk Fest and looked at other events like the Detroit Jazz Festival, to help guide us in making decisions about logistics and choosing a streaming and ticketing platform for our festival. We put a lot of time and thought into how we could deliver a virtual user experience that could stand up to the quality folks expect from The Ark and the long tradition of the Ann Arbor Folk Festival.

Q: Has it been a struggle to get viewers to watch the regular virtual concerts at The Ark, or have people made the mental switch that this is the reality for the moment, and if we want to see live music, this is how we have to do it?
A: Watching a live performance online will never be the same as the experience of being in the community of music-lovers experiencing it in person. But there is a true need out there still for connection through music. On the whole, the response to livestream, virtual concerts has been positive.

Q: Was it more difficult to book this year's festival due to travel restrictions and health considerations, or was it slightly easier since the musicians aren't touring and you're not competing with their itineraries?
A: Booking was in many ways a very different equation this year. Because the festival is virtual, most of the artists are producing their performances from wherever they are based. At the time we started booking there were really no touring itineraries to work around at all. Many years we might wish to book an artist for the festival but they’re not available because they are on tour in a different part of the country or world, Or perhaps they are in the studio and not touring during the Festival timeline. Neither of those scenarios came into play this year, since artists could record and perform in their own location and timeline. More challenging this year for booking was being sure artists had the tech they needed—video, sound, strong internet—to do a set for the event. Also, many bands are not able to play together because of COVID restrictions and safety. It was easier for solo artists to participate for that reason in some cases.