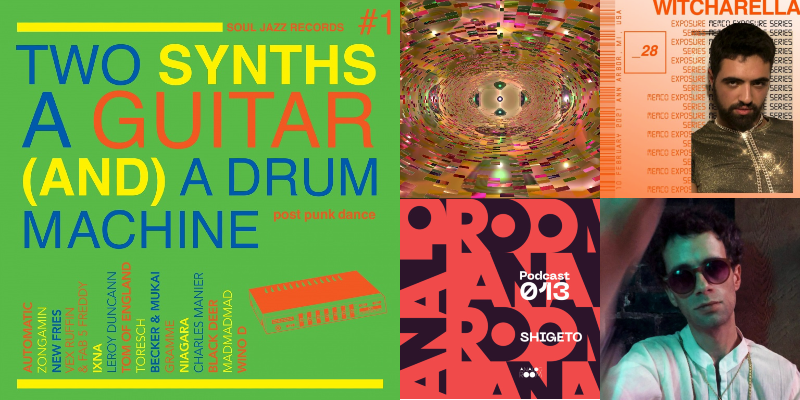 Ann Arbor's Tadd Mullinix has his song "Sift Through Art Collecting People," under his Charles Manier alias, on a great new compilation called Two Synths a Guitar (and) a Drum Machine, which collects modern independent music from around the globe that's been inspired by the 1980s DIY post-punk, funk-punk, and no-wave scenes. It was released by the British label Soul Jazz Records, which always puts together the best comps.

This month, Michigan Electronic Music Collective's current leader, Akshay Chacko dropped a multi-genre mix that covers hip-hop, minimal techno, shoegaze, and downtempo—but the opening tune is a straight-up banger. You can also listen to it on MEMCO's Soundcloud, as well as 28 Exposure mixes from the University of Michigan collective, including this one from February by Witcharella:

In February, Ann Arbor's Charles Trees (now by way of Detroit) made a funky mix that blends disco, techno, and house for 91.7-FM out of Philadelphia.

Finally, two months ago, Ann Arbor's Shigeto (also now by way of Detroit) made a mix for Dubai's Analog Room club and podcast that begins with percussion-heavy jams befitting his background as a drummer before shifting into more dancefloor-filling techno.