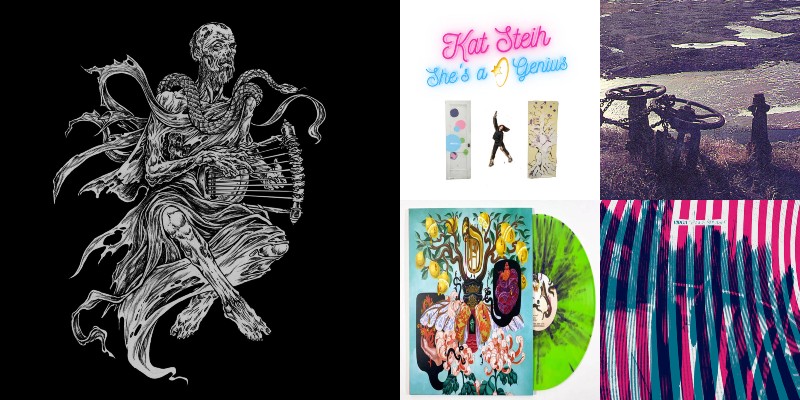 Suburbo, You Won't Feel a Thing and "Crawlin' With It"
If you've shopped at Encore Records in the past few years, you've likely seen or talked to Michael Burbo, the main man behind the Suburbo project, which toys with lo-fi indie-rock alongside nods to atmospheric '70s grooves. The Ann Arbor-based Burbo sings the songs he wrote, helped by two of my favorite Freds, Thomas and Beldin, along with B.L. Burns. You Won't Feel a Thing is an eight-song LP that I believe is also available on vinyl (check with Encore) and "Crawlin' With It" is a non-album single.

Kat Steih, "She's a Genius"
I usually associate Ann Arbor vocalist Kat Steih with a sort of folky, jazz-inflected amalgam, but her latest single is a trippy—and humorous—new-waver. The explicit version has a word that rhymes with ducker plucker as a key component to the verses.

Virga, Vague Splash
Ann Arbor label Selfish Agenda came out of a five-year hibernation to put out this five-song EP of reverb-blanketed indie-rock by Ypsi's Virga. Also available on cassette.