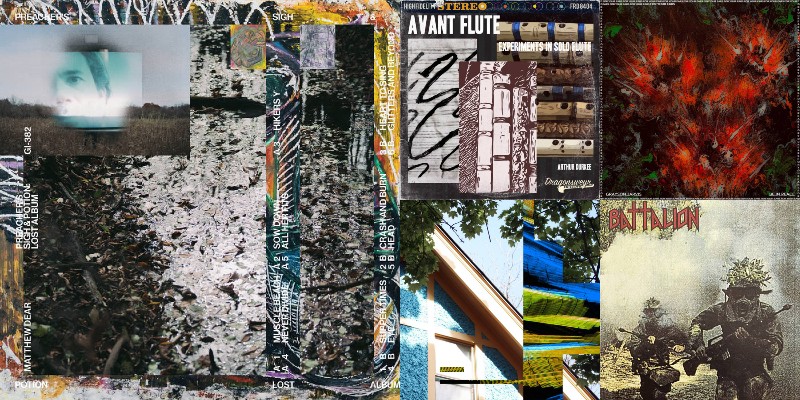 Matthew Dear, Preacher's Sigh & Potion: Lost Album
At this point in his 20-plus-year career, the songwriter-with-vocals albums by Ann Arbor's Matthew Dear are as well known as the minimalist techno tracks and remixes on which he built his career. But when he was recording Preacher's Sigh & Potion in 2008-2009, his 2007 electronic-singer-songwriter album Asa Breed felt like an anomaly in his catalog. This record got shelved for various reasons at the time—most notably because Dear got really busy once Asa Breed was a hit, and this collection of twangy-techno, showing the influences of his adopted Detroit home and Texas roots, was a bit more idiosyncratic. “I love hearing how free and raw a lot of the production is," Dear said in the album's promotional notes. "As we age, we get trapped in thinking our output or creativity needs to mature as well. Some of that is unavoidable, but listening to these songs reminds me to not think so much. It’s important to be in that world without consequence from time to time.”

Battalion, Battalion
After posting its 1992 album Excessive Force in December, this long-defunct Chelsea thrash band dug up its 1991 six-song EP and made it available for your spring 2021 headbanging pleasure.

David Song, luvving you
His Bandcamp bio says, "Economics graduate from the University of Michigan." His website says, "Currently in NYC." His music says, "This guy is a major talent." If you're a fan of James Blake-style Euro/electro R&B, you will like this six-song EP.

Grayson Jarvis, Be in Peace
Put this album on, relax in your hammock, stare at the sky, and be at peace thanks to this calming ambient album by this Ann Arbor artist.

Arthur Durkee, Avant Flute
This Ann Arbor multi-instrumentalist has packaged together seven soundscape tracks he performed between 1982 and 2021 on various flutes from cultures around the world.