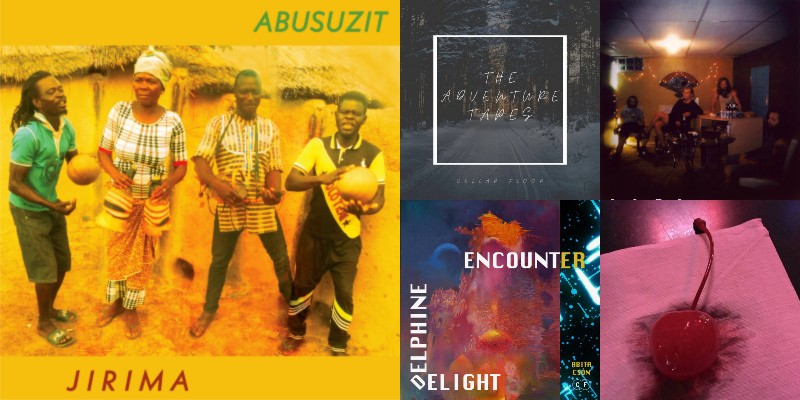 Delphine Delight, Encounter
This appears to be a one-dude project from Ann Arbor and its a super-accomplished eight-song collection of drum 'n' bass, EDM, techno, and house floor-fillers.

Cellar Floor, The Adventure Tapes
Mackenzie Richardson is an Ann Arbor producer, and she put together this six-track mini-album of lo-fi hip-hop for your relaxing and studying pleasure.

French Ship, Your Plan EP and Tell Me How LP
The Ypsilanti-based trio of John Hoder, Jessy Butts, and Jason Wright, plus several of their pals, put out an EP and LP this month and both are top-notch explorations of electronic pop and ambiance. "Pond" from Your Plan sounds like Cluster and the fourth song, "Forever Tomorrow," has Human League vibes and female vocals. Meanwhile, "Motorbike" from Tell Me How sounds like a lost '80s electro track and the album features a song called "Under the Milky Way," which may be a cover of the song by The Church, but you'll have to purchase the digital album to find out.

Abusuzit, Jirima
Last year, Dr. Pete Larson, who runs the Ann Arbor-based Dagoretti Records, released these 12, raw, iPhone-recorded Northern Ghana folk jams sung by Abusuzit Akugru on cassette. He's had to wait a year for the vinyl to be returned to him from the pressing plant, but now the limited-to-100 album is ready to ship.