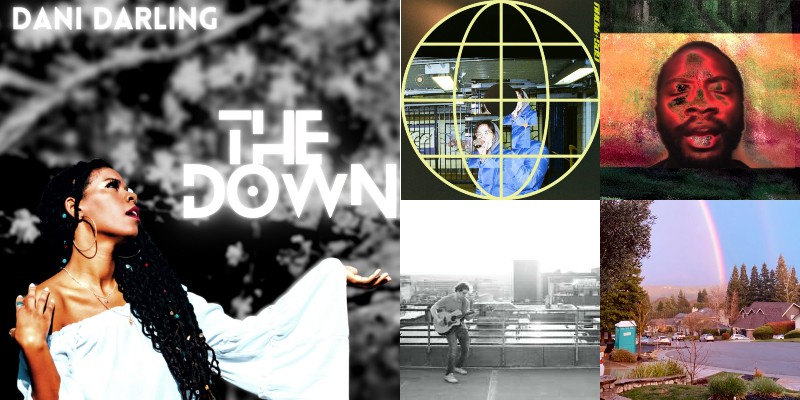 Dani Darling, "The Down"
The first song off Ann Arbor's Dani Darling's forthcoming EP, The Future, takes the singer-songwriter into more traditional R&B balladry territory before swinging into a guitar solo and outro that evokes everything from indie-rock to prog-rock.

Mirror Monster, "Free From All the Walls, Pt. 1" featuring Ki5 and "The Flood"
I wrote about this Ann Arbor duo's debut EP, Free From All the Walls, when it came out last October, but I just discovered they made a video with Ypsilanti's Ki5 for the title track a few months ago and released a lyric video for "The Flood" just a few days ago. I'm happy to feature Mirror Monster again because the group's mix of new wave and electronica with a hint of emo is terrific.

Big Chemical, Big Chemicals EP
When I wrote about this EP's first single, "Open Letter," a couple of weeks ago, I said U-M student Alec Bertoy makes Jack Johnson-esque whimsical guitar-pop. That's still true of the other songs on this EP, but there's an underlying quirkiness to Big Chemical's songs, too—listen to the way Bertoy manipulates his vocals on "TRY to FEEL Better," which sounds like the entire cast of a musical each taking a line but it's all him. Meanwhile, "Silhouette in Blue" evokes Train and "All My Reasons: a case study of how and why I did you wrong" sounds like Justin Bieber doing a country-tinged ballad.

Oren Levin, "Prove"
Ann Arbor native and Community High grad Oren Levin has returned to town after a stint in Los Angeles, according to this interview in Current magazine. He shot the video for "Prove," the first single off his upcoming album, The Gold Rush Kid, on the roof of the garage at the corner of Thayer and East Washington in downtown Ann Arbor. The industrial-looking backdrop is the opposite vibe of Levin's sensitive, folk-y, 1950s-esque pop ballad with Latin tinges.