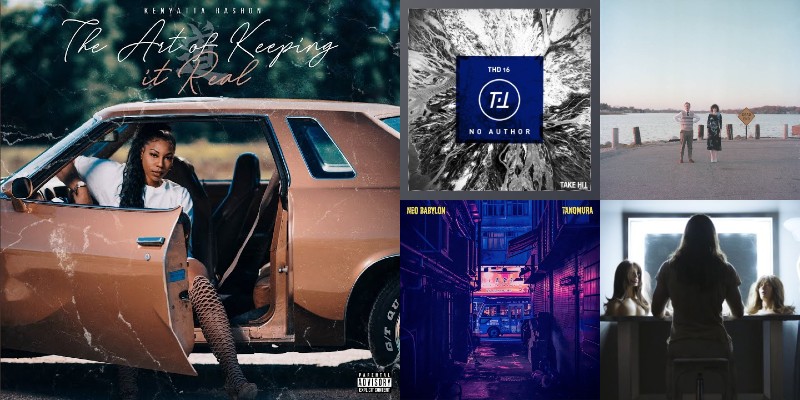 This week features R&B from Kenyatta Rashon, roots rock by Matthew Milia, techno-metal by Andrew W.K., techno via No Author, and jazzy electro-pop by Tanomura.

Kenyatta Rashon, The Art of Keeping It Real
Along with London Beck's The Black Satin Sessions, the debut album by Ypsi's Kenyatta Rashon are the inaugural releases from Grove Studios and Leon Speakers' excellent Amplify fellowship, which offers Washtenaw County artists of color a chance to record albums and make videos. "Free," which was produced by Ann Arbor's Tru Klassick, is the first single from The Art of Keeping It Real, which is a luxiourous R&B record that was mostly written while Rashon was expecting her first child.

Matthew Milia, Keego Harbor
The Frontier Ruckus frontman, who I believe lives in Ann Arbor (or he works here), offers up the first single from his latest solo record, Keego Harbour, and it's another lovely slice of the sort of Americana that Ruckus reveled in.

Andrew W.K., "I'm in Heaven"
Following "Babylon," this is the second video from the Community High grad's God Is Partying, his long-awaited new album of techno-infused metal, which comes out September 10.

No Author, Fatalistic Insensibility EP
I think No Author was a U-M student and this EP was finished before he left Ann Arbor last August. This moody collection of avant-techno was released by the Paris, France-based Take a Hit label.

Tanomura, Neo Babylon
This Ypsilanti-based producer and multi-instrumentalist makes terrific instrumentals that touch on R&B, electro-pop, and jazz. As I said in January when writing about his Black Tulips album, "Calling all soul singers: Get in touch with Tanomura."