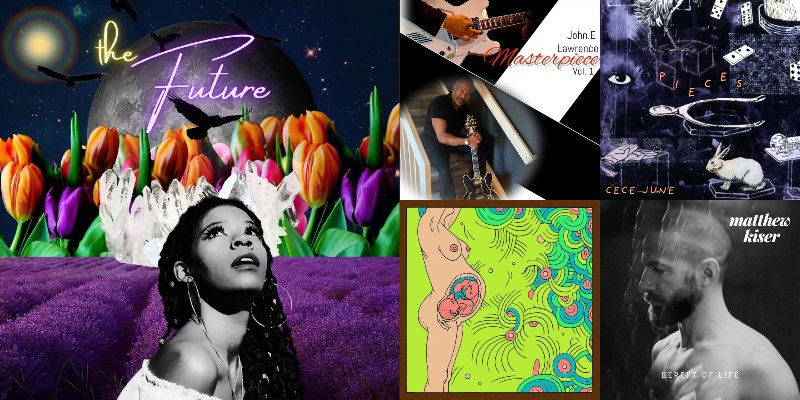 Dani Darling, The Future EP
The third release powered by Grove Studios and Leon Speakers' Amplify fellowship is The Future EP by Ann Arbor's Dani Darling. It's a playful mix of R&B, disco, and funk—and it's her strongest release to date, taking all the elements she's explored the past few years and refined them with strong production and arrangements. The video for the EP's first single was directed by fellow Washtenaw County resident Kyla McGrath.

John E. Lawrence, Masterpiece Vol. 1
This former chair of Washtenaw Community College's music department and lifelong Ypsilanti resident isn't shy about his guitar-playing skills. After all, you have to be confident to name your album Masterpiece Vol. 1, and John E. Lawrence is brimming with certainty. The LP's 13 smooth-jazz tracks evoke George Benson and would make for a sweet soundtrack to a summer barbecue. Lawrence is also the force behind this summer's Ypsilanti Frog Island Jazz Series and he'll open every show.

Cece June, Pieces EP
Cecilia Duran is a University of Michigan student from Barcelona, Spain, and her Cece June project has grown from a bedroom project into something that evokes Lorde and maybe the early days of Coldplay when their anthems were more guitar-based. Pieces is a strong debut, and you can read more about Cece June and the EP here.