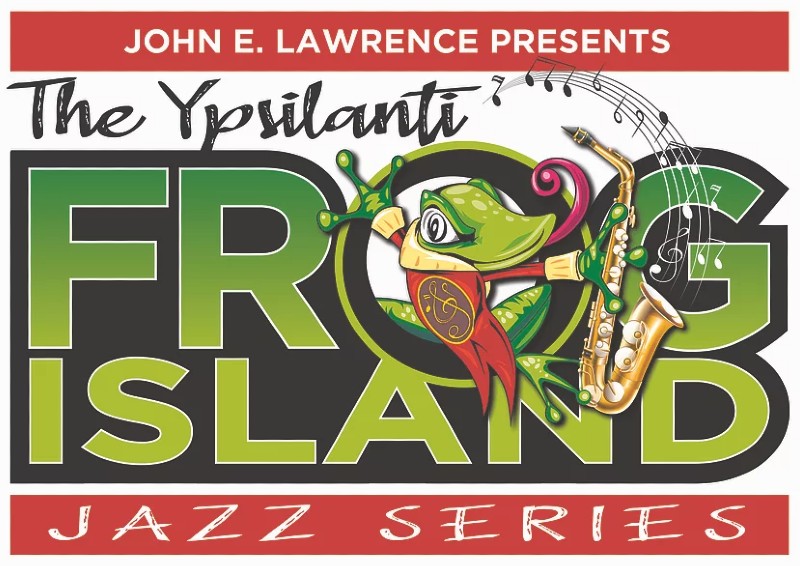 Between 1982-2001, Ypsilanti’s Frog Island Park hosted a jazz, blues, and zydeco festival sponsored by WEMU 89.1-FM. I remember seeing the Sun Ra Arkestra there on June 24, 1990, and hearing Ra talk about being from outer space during an interview broadcast on the station blew my young mind.

The Ypsilanti Frog Island Jazz Series won't have any outer-space vibes; it will evoke more of a classy nightclub or a tropical beach—or perhaps even a Depot Town breeze—rather than interplanetary travel because the artists who are appearing in the series are in the smooth jazz, groove/blues, and straightahead veins.

And because of flooding, it looks like the series won't even be held at Frog Island; it's now at nearby Riverside Park, 5 E. Cross St. in Ypsilanti, though there's been no official update on either the series' website or Facebook page.

Organized by guitarist John E. Lawrence, who was an instructor and chair of the music department at Washtenaw Community College through 2014, The Ypsilanti Frog Island Jazz Series will feature a concert nearly every Friday between July 2 and September 3 (there's no show July 23). Lawrence and his group will open every gig, all of which are free. The series schedule is:

There have been concerts at Frog Island since the demise of jazz/blues/zydeco fest, but it would be nice to have music there more regularly—massive rainfalls notwithstanding. This series, while not currently on-site at Frog Island, could potentially build momentum toward a future festival on there or at least an annual series, Lawrence told Concetrate:

"People who remember that festival associate Frog Island with that tradition," Lawrence says. "Mine is going to be different, though. It'll be smooth jazz for the most part, and I think it's going to be really good."

Lawrence hopes to make the jazz series an ongoing event.

"I want this to happen every year, and every year be bigger and better, filling up that whole football field," Lawrence says.

Meanwhile, I've never been able to find audio or video of the Arkestra concert at Frog Island, and I imagine the interview with Sun Ra is buried in WEMU's archives, but if anyone has access to this material, email pulp@aadl.org.

Space is the place but so is Frog Island.

The Ypsilanti Frog Island Jazz Series runs every July 2 to September 3 (except for July 23), 7-9 pm. Free admission. The series is currently scheduled to happen at nearby Riverside Park, 5 E. Cross St. in Ypsilanti due to flooding at Frog Island, but there's been no official announcement on the series' website or Facebook page.