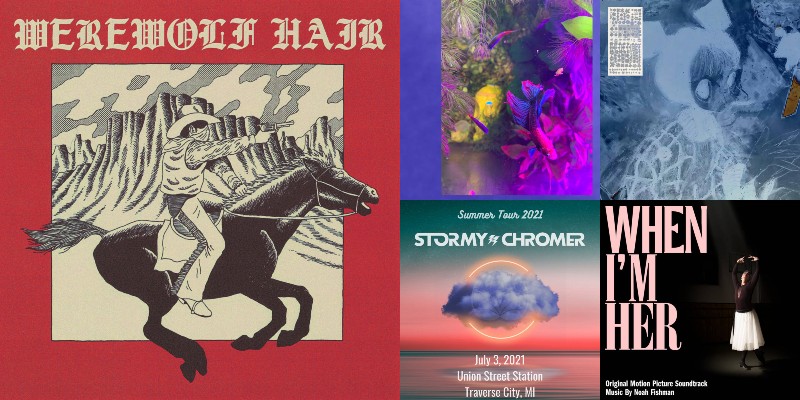 Noah Fishman, When I'm Her (Original Motion Picture Soundstrack)
This soundtrack by Ann Arbor's Noah Fishman is for a 14-minute film hosted on the PBS Voices YouTube page: "Michael Cusumano was a luminary figure at American Ballet Theatre in New York and had a stellar career ahead of him, but trauma from his past prevented him from fully realizing his potential. Over time, he finds refuge and liberation by assuming an alter ego: a sparkly turban-wearing, Russian ballet instructor named Madame Olga. Through Olga, Michael is able to give aspiring dancers a place to flourish — and is the mentor he never had for himself. When I'm Her follows the double life of a dancer as he inhabits his alter ego, and as Olga challenges authority, takes on a life of her own, and generates a following for her unconventional ballet classes. .

B38TN1K, A2:00
This Ann Arbor artist describes their work as "electro/house/synth/space/horror" and it's a spot-on description.